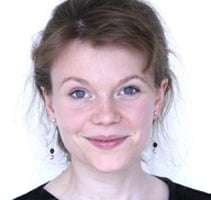 No-one stood when Clare Hammond began to play God Save The King, a suitably regal beginning to this five-concert, consecutive-evening Beethoven series presented by the Park Lane Group at St James’s Church in Piccadilly. Hammond, using a mellow-sounding Fazioli, played with poise and was most convincing in the dreamier and lyrical Variations. At more-rapid times, particularly in this reverberant acoustic, a cleaner sound was needed, and maybe less use of the sustaining pedal would have helped.

Similar doubts were evident at the other end of the recital in Hammond’s rather contained account of the ‘Appassionata’, the use of the pedal blunting the fastest passages and suggesting that her fingers were not always fleet enough. The first movement was not without a few mistakes, and there was something of a hiatus towards its end – possibly a memory lapse – although there was then a coruscation that earlier passages would have also enjoyed. Hammond took the second movement’s marking of Andante con moto rather literally – no dawdling here – although her clear-cut approach was refreshing. If the finale was a little gabbled, or seemed so when pressed into this ambience, Hammond did well to observe the unusual request to repeat the development section (not all pianists do and the structure suffers hugely) and then produced a coda that was electrifying and unflinching, the increase of speed into it perfectly calibrated. If such fury didn’t belong to what had gone before, it could also be said that Hammond had been truly canny in saving herself for this Gold Medal ‘kick’.

As an enjoyable bonus, these concerts include surprise items, two on this occasion. After the performance members of the audience are asked to guess the living composer. Clare Hammond played three miniatures by Kenneth Hesketh from his 12-piece cycle Horae (pro Clara), intense sometimes shadowy music that explores emotional and colouristic possibilities. This is Hammond’s music, written for her, the ordering of pieces her choice; this particular triptych (I–III–II) made one keen to hear the cycle complete. No-one guessed Hesketh as the composer, so he was awarded the bottle of champagne.

The contribution from Rosanna Ter-Berg and Leo Nicholson was a single item, the Serenade by Beethoven, originally for flute, violin and viola as Opus 25 and then arranged (not by the composer) for flute and piano as Opus 41, although Beethoven approved it after making “substantial improvements”. The seven movements are delightful if rarely suggesting themselves as the work of Beethoven; attractive but anonymous. Rosanna Ter-Berg played with bright charm, shapely phrasing and nimble bravura, while Leo Nicholson, an attentive accompanist and confident soloist when required, offered the crisper results I had been seeking from Clare Hammond.

Rosanna Ter-Berg offered the other ‘mystery’ item, a short and witty piece for unaccompanied piccolo with teasing staccatos and numerous effects, before leaving the room trilling merrily. The composer was once again unidentified (although I knew the title having heard the piece before!). So step forward Paul Spicer, said John Woolf (PLG’s Chairman), but Sprite is in fact the work of Patrick Nunn. This church’s acoustic can’t be that occluding! Nunn claimed the champers.

Four concerts remain – music by Beethoven performed by great young talents with surprise items and a bottle of bubbly if you can guess the composer. Can’t be bad!