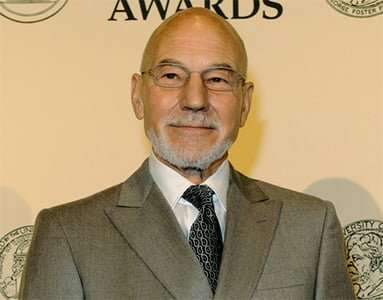 The Unterberg Poetry Center at the 92nd Street Y opened its 75th Season with a program featuring one of the most successful melodramas, a recitation of Tennyson’s Enoch Arden by Patrick Stewart with intermittent piano passages by Richard Strauss, played by Emanuel Ax, who opened the concert with Beethoven’s ‘Pathetique’ Sonata.

The melodrama as a popular form in Europe had a relatively brief history, and works from its rather attenuated catalogue are performed on rare occasions. Generated during the early-nineteenth-century as a vehicle for enhancing the recitation of poetry with musical accompaniment, the piano being favored, when styles and temperaments changed following World War One it quickly faded from the scene, with only a select few receiving an occasional performance. One such work is Richard Strauss’s Enoch Arden, one of Tennyson’s most moving romantic poems. 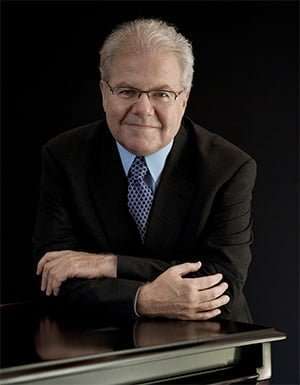 Strauss wrote the work in 1897 for his friend, the prominent actor Ernst von Possart, who was the Intendant of the Munich Court Opera and influential in having Strauss promoted to chief conductor there to succeed Hermann Levi. Enoch Arden suited both Strauss’s temperament and Possart’s art, and its performances throughout Germany were highly successful. Its popularity has never truly faded, although performances are now scarce.

The poem, presumably based upon a true story, involves the ever-popular romantic themes of love, separation and sacrifice. It revolves around three children who grew up together, Enoch Arden, Philip, and Annie. Both men grew to love Annie, but she decides in favor of Arden. She marries him, has two children and all they live happily for seven years, until Enoch signs up on a merchant ship bound for China. During his absence, Philip becomes the protector and benefactor of the family. After ten years without hearing from Arden, Annie and Philip presume him dead and marry. Soon thereafter, Arden, the victim of shipwreck, makes his way home. When he spies upon Annie and her family, he sees that she seems happy without him, and decides not to interfere. Instead, he lives a secluded life nearby and on his deathbed asks his landlady to inform the family of his return only after his passing. The melodrama only touches upon the principal events, leaving out a few sections that contain minor details.

Strauss was not especially satisfied with the work, referring to it as “a worthless, occasional piece (in the worst sense of the word)”. The piano part is rather scanty, with long stretches of recitation left unaccompanied. Sentimental leitmotifs abound, principally those for Annie, Enoch, and Philip. But the more vivid events – Enoch’s wedding, his injury and shipwreck – are not dramatized in the music. Only the breakers of the sea pounding on the shore of Arden’s home village leave a strong impression when heard at the opening and recalled at the end. The work is divided into two parts, Part One closes with Annie’s dream of her lost husband, her wedding to Philip and the birth of their child; Part Two begins with Arden’s adventures after he sets sail on his tragic voyage.

The program opened with Beethoven’s ‘Pathétique’ Piano Sonata, which brilliantly set the stage for the melodrama. From the tragic character of the Sonata’s introduction, contrasting sudden agonized outbursts with soft melancholy passages, one immediately senses a dramatic connection with Enoch Arden. Emanuel Ax emphasized this connection by adding urgency to the opening movement’s Allegro, underlining its furioso character as if anticipating the poem’s tragedy. One could imagine Arden’s torment as he secretly views Annie’s happy family, particularly evident in the movement’s final crashing chords. The simple, yet touching sentiment expressed in the second movement could be seen as a bittersweet reverie recalling the happiness of Arden’s youth and his marriage to Annie. Ax avoided gushy sentimentality here, evoking a feeling of idyllic bliss. During the more energetic middle section, one could almost feel the pounding of Arden’s heartbeat as he yearns for his beloved. But, carrying the analogy further, his inner turmoil returns in the finale as he watches Annie with her new family, perfectly happy and at peace. Could he dare tell them of his return and destroy their newfound contentment? In deep thought he ponders this vexing question in a soft passage toward the end, and then the piece ends with an outburst, an expression of his resolute decision not to disclose himself to the family. In this respect the Sonata captures the essential dramatic elements of the poem in anticipation of its recitation. In keeping with these possible characterizations, Ax infused with music with intense emotion.

Patrick Stewart was a fine choice as reciter (referred to as “narrator” in the program). He is a consummate actor experienced in classical theater, which is far more pertinent to his role here than his popular work for television and film. He combined a stately manner in descriptive third-party segments with a touchingly expressive reading of dialogue, seeming even to weep vocally at certain moments, such as in Annie’s response to Philip’s pleas that she marry him. Ax’s rhapsodic, sometimes fervent treatment of the piano passages was perfectly suited to the role and enhanced the dramatic effect. In Part Two, when Arden spies on the happy family, the piano part feverishly stirs up Arden’s inner turmoil. But for the most part, it was Stewart’s brilliant reading that made the performance a complete success.