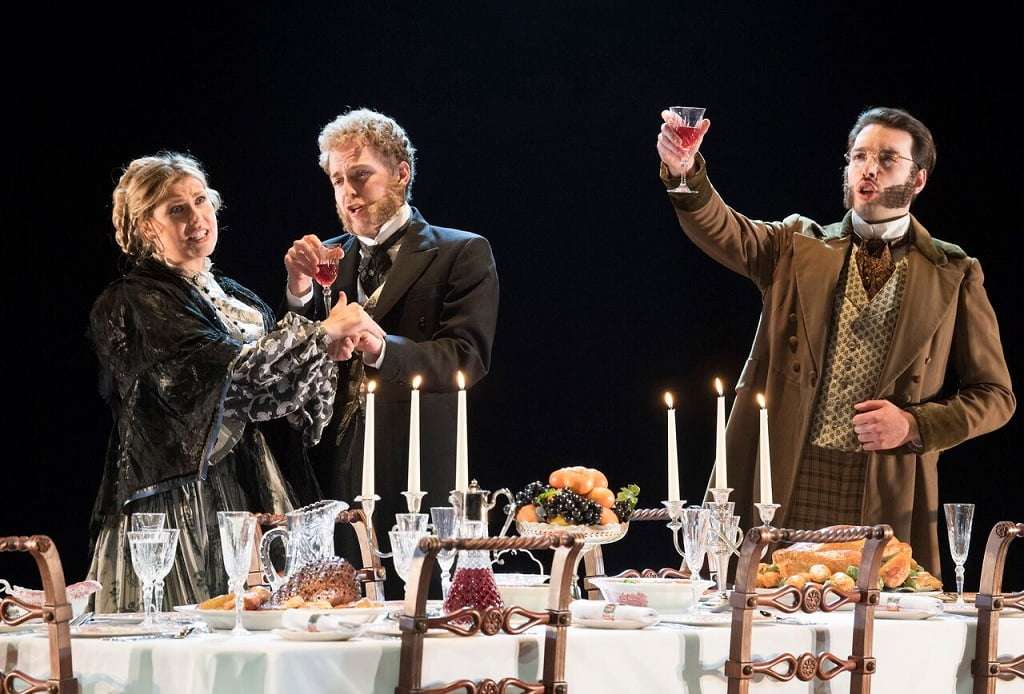 With a few exceptions, one-Act operas lead a threadbare existence on the outer edges of the repertoire, receiving the occasional blast of oxygen from the music colleges. This is the case with the Guildhall School’s double-bill of Paul Hindemith and Lennox Berkeley, two roughly contemporary composers you wouldn’t automatically bring together – Hindemith, the entartete composer banned by the Nazis who found refuge in the United States; Berkeley, the English composer with a distinctly French sensibility. The two works here have more in common than just dinner. Both are bound up with family life, and both are linked by a particular feature of Ashley Dean’s and Cordelia Chisholm’s productions.

Hindemith wrote The Long Christmas Dinner in 1962 (the year before he died), based on Thornton Wilder’s play of the same title, a fifty-minute survey of the ups and downs of the well-to-do Mid-West merchant Bayard family over ninety Christmases. Generations come and go, new blood arrives via distant relations and through marriage, children die in infancy, a young son is killed in the Great War, the family destiny falls sometimes on the strong, sometimes not. It’s a celebration of family life without lurching into American corn-fed romantic optimism, and Hindemith’s collaboration with one of the great US playwrights resulted in the composer’s trademark contrapuntal clarity, spared any aridity by a strong drift of melancholy by the parade of life – the living entering on the audience’s left and the dead exiting on the right. The narrative is leavened, rather as in Passion settings, by some eloquent, reflective ensembles, including a sextet as young son Sam goes off the war, the whole bookended by a nostalgic/academic fugal version of “God rest you merry gentlemen”.

Laura Jane Stanfield’s costumes roughly keep in synch with the 1850s to 1920s period, and there is a neat hand-over to the next generation with a black mourning shawl passed on to the next matriarch. The fixed set of a dining-table groaning with Christmas cheer slowly rotates throughout, although it is counter-intuitive that it moves anti-clockwise. Hindemith’s vocal lines are closely tied to the text, and the absence of surtitles is keenly felt. The cast is uniformly strong, with Alexandra Lowe as Lucia, the young wife of the ambitious Roderick, sung by Michael Vickers, who goes on to a powerful portrait of their doomed young soldier-son Sam, and Emily Kyte is very sympathetic as the spinster daughter Geneviève, who breaks free of the family bond. The skill of the piece and of this performance is that it seems much more substantial than its duration might suggest. 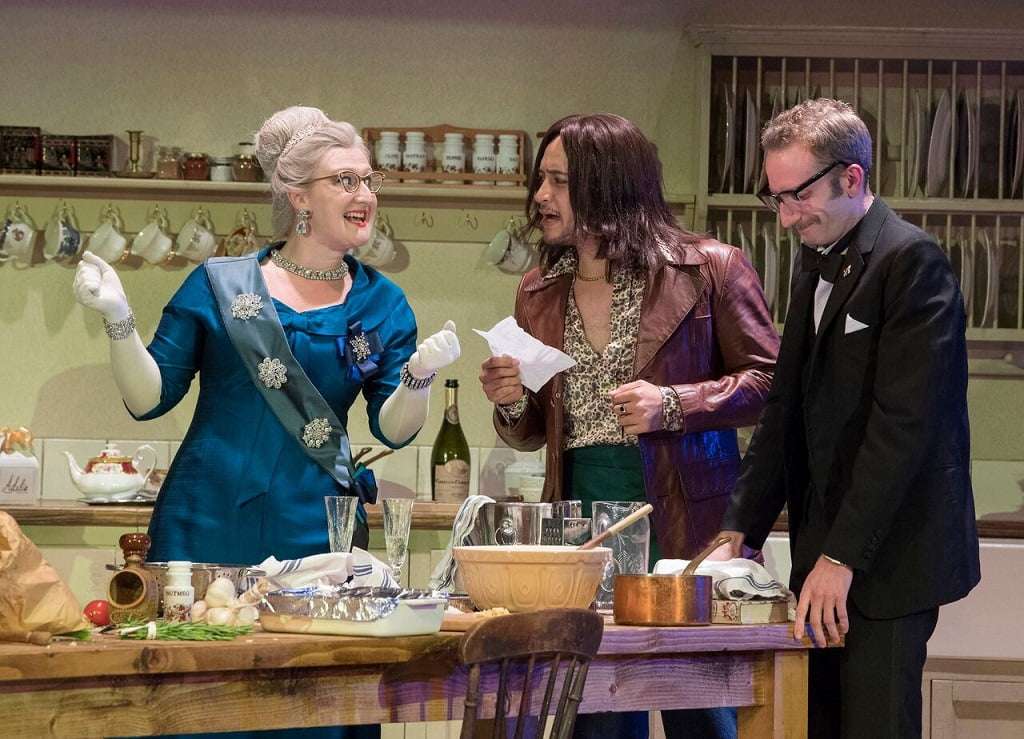 Substance isn’t an issue in Berkeley’s hour-long A Dinner Engagement (1954), a cooking-comedy – about the aristocratic but poor Earl and Countess of Dunmow’s desperate machinations to marry their daughter off to Prince Philippe of Montebianco, over a dinner that shows every sign of going off the rails – written with disarming facility and elegance. The Dunmows live in a state of indigence lesser mortals can only aspire to, if their fabulous kitchen is anything to go by, and the set is dominated again by a big table on the revolve.

The opera handsomely showcases singing and acting much more overtly than the Hindemith, with Lucy Anderson brilliantly channeling Mary Berry as the Countess and Samuel Carl’s Earl faintly evoking the hapless Johnnie Craddock, both of them sharp comedians. Emily Kyte shamelessly ramps up class divisions as Mrs Kneebone, a neatly judged riff on Mrs Overall and very well sung, as the Dunmow’s lady-who-does. Zoe Drummond is petulant on a colossal scale as daughter Susan, who, against all expectations, quickly thaws when she discovers what she and the Prince have in common, and Eduard Mas Bacardit is on top seductive form in his show-stopping aria. Lucy McAuley, splendid as the Grand Duchess of Monteblanco (the Prince’s mother), drives this satisfyingly non-PC bit of froth to a happy conclusion.

Dominic Wheeler, who conducts the Hindemith with a clear idea of the score’s tautness being undermined by a more spacious reflectiveness, is on equally good form in the quick-fire adeptness of Berkeley’s music (scored for a Brittenesque ensemble of thirteen players) and the Guildhall School instrumentalists show a natural sense of style.