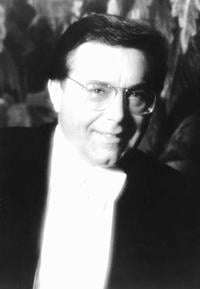 In much of the English-speaking world, Handel’s Messiah has become a Christmas tradition. A generation ago, it wasn’t a worthy Messiah unless a few-hundred performers were involved: big orchestras, mammoth choirs, and spacious tempos. The current performance, conducted by Peter Schreier, employed just over a hundred musicians: a choir of about 70, a small contingent of New York Philharmonic players (trumpets, oboes, timpani, chamber organ, and 24 strings) – the ‘Academy of Saint-Mahler-on-the-Hudson’ – and four superb soloists.

Schreier, a seasoned conductor of large-scale choral repertoire, led the most joyous and cheerful Messiah I believe I’ve ever heard – even the minor-key numbers had a sunny undercurrent. Tempos were often moderate by ‘authentic’ standards, yet the rhythmic underpinning and phrasing made the music seem to go by more swiftly; the strongly articulated string-playing was subtle but not overly fussy in terms of dynamics and articulation.

This Messiah had a most interesting line-up of vocal soloists, four very distinctive voices with one common trait often lacking in Messiah performances: consistently excellent diction. Ute Selbig impressed with her clarity of timbre and emphatic use of dynamics and vibrato, and an unforced, pure sound at the top of the dynamic range. Nathalie Stutzmann, here making her long overdue New York Philharmonic debut, conveyed the greatest drama, using an abundant palette of mood and color to characterize the texts. Such contrast between Stutzmann and Selbig brought unexpected poignancy to ‘He shall feed His flock’. Also making his Philharmonic debut was Steve Davislim, his warm timbre and impressive control of phrasing and long melodic lines ideal. The ringing bass of Peter Rose, rich with both gravitas and vitality, was more than a little reminiscent of John Shirley-Quirk in his prime. Philip Smith, the Philharmonic’s principal trumpet, brought triumphant color that complemented Rose’s declamatory grandeur in ‘The trumpet shall sound’.

The young singers of the Westminster Symphonic Choir rival (and frequently surpass) their professional counterparts in artistic quality, and their singing was not only excellent but rich with enthusiastic energy – from the first syllable of ‘And the glory of the Lord’ to the joyous grandeur of the final ‘Amen’. Schreier kept more of a rein on ‘Hallelujah!’ than most conductors, which lent the ensuing Part Three the emphasis it often lacks. This was a musical highlight of 2011.