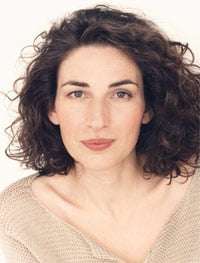 This was a most refreshing BBC Radio 3 Lunchtime Concert, giving a welcome airing for some seldom-heard but enthusiastically performed French song. A feature of Véronique Gens’s vocal style is her ability to feel completely at ease in this music, especially when the demands of some of the darker writing took her to a low B or B flat, as a couple of the Hahn songs do, or when she suddenly soared, as she did unexpectedly at the end of Massenet’s Rondel de la Belle au bois, the Sleeping Beauty of the title waking up with a flourish.

Gerald Larner’s programme notes proved a useful guide, and were surprisingly frank in their criticisms of Massenet for often setting “second-rate verse”, or using “over-economical” piano parts. As it turned out the selections that Gens and Manoff made had attractive simplicity. Though the piano lid was raised to its highest stick Manoff was extremely responsive both to the printed page and to Gens, depicting a peasant’s pipe in Chant provençal with attractive inflections to the melody. In La mort de la cigale (Death of the cicada) Gens’s restraint and the piano’s oscillating arpeggios were ideally matched, the song growing to a resolute finish. In Soleil couchant, setting Victor Hugo, the piano’s anxious description of the sunset could have been sterner, but Manoff caught the playful air of the following Nuit d’Espagne.

The Gounod selection found a composer seemingly more at ease with his vocal writing, and the flowing piano accompaniments were ideally pitched by Manoff. Sérénade, one of the famous songs in his output, was ideally paced and truly special in its performance; with judicious use of rubato and exquisite control from Gens in the coloratura refrains. Prends garde was far darker, warning against trusting a beautiful girl inherently believable and finishing emphatically with something of a fanfare.

The selection of Reynaldo Hahn songs covered a wide spectrum of styles, from the bright Quand je fus pris au pavillon to Trois jours de vendange, a setting of Daudet. This striking song, initially languid and persuasive, changed direction dramatically with Manoff’s minor-key modulation, Gens lowering the mood and her range with a vivid depiction of the “white spectre”, bringing a chill to the bone. This cast something of a shadow over the remaining Hahn songs, though there was still much to enjoy. A dreamy Pholoé was followed by an uncanny pastiche of a Bach air, A Chloris, appropriately exaggerated in its execution by Manoff. Le Printemps, optimistic for a recital given in December, gave hope of the spring to come with “sprays of lilacs”.

As an encore Gens and Manoff found the lilt of the triple-time rhythms in Poulenc’s Les chemins de l’amour, Gens turning inwards for a moving if sombre central section.