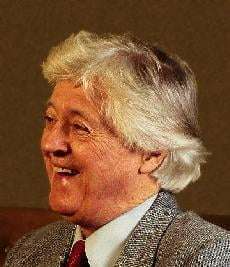 Born in June 1913, five months before Benjamin Britten, the Cornish composer George Lloyd beat the East Anglian to the post by having two operas produced before World War Two – one of them, The Serf, at Covent Garden, no less – but unlike Britten and several other British composers, he was not exempted from conscription into the armed forces on the outbreak of those hostilities, his ship HMS Trinidad being attacked and sunk in the Barents Sea as part of the Arctic Convoys. Miraculously, Lloyd was rescued from the freezing waters, which experience led to his medical discharge, and it was only when his wife was able to nurse him back to health that he could resume composition in very different post-war circumstances. He died in 1998, aged 85, outliving Britten by more than 20 years, during which time Lloyd’s reputation increased greatly as he continued to compose – finally producing three operas, 12 symphonies and a clutch of concertos – but since his death much of his music has tended to be neglected – most unfairly, as his Fifth Symphony, which concluded this commemorative centenary concert, demonstrated. 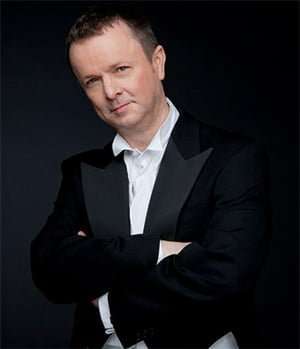 Lloyd’s neglect has nothing to do with the quality (or even the perceived lack of it) of his music: British symphonies from the latter-half of the 20th-century, as a genre, have suffered this collective fate – think only of those by Edmund Rubbra, Robert Simpson and Malcolm Arnold, as well as Lloyd (45 such works in total) – thanks in part to the BBC and its orchestras consistently abrogating their self-evident responsibilities in recent decades. So it is thanks to semi-professional organisations such as Philharmonia Britannica that those flames are being kept alive – to good effect, to judge by those who turned out to hear this magnificent work.

Preceded by two long-established masterpieces by older English composers, Lloyd’s Fifth Symphony (1947) was not out of place: no musical ‘special pleading’ needed to be undertaken. Elgar’s In the South dates from 1903, the ‘South’ being Alassio in Italy, which paradoxically is in the far north of the country, although certainly a fair way south of Elgar’s birthplace near Worcester. This 20-minute concert overture is of Straussian dimensions, and was sufficiently well-known in the years immediately following its premiere to become the first orchestral music by Elgar ever to be commercially recorded (in 1908 – although not complete). It is more properly a symphonic poem, and is a difficult work to bring off convincingly, but Peter Fender was wholly in command of this tricky score – complex in structure, for it can so often appear ‘lumpy’ if tempos are not cleverly and seamlessly judged. On this occasion, with some truly excellent playing from all sections of the orchestra – in particular, the ‘canto populare’, which was beautifully phrased by principal viola Zami Jalil – the work was confirmed as a major score in the composer’s output, a genuine precursor of Falstaff. 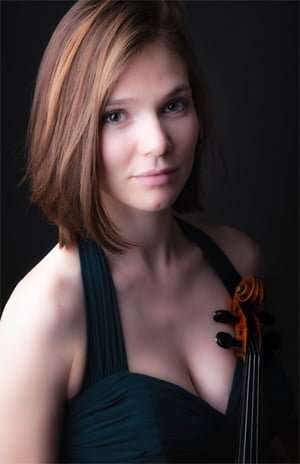 The succeeding, and more familiar, English masterpiece was Ralph Vaughan Williams’s The Lark Ascending, a perfect foil to the larger works surrounding it, and – like them – as English as the oak and the ash. Begun in 1914, but not completed until after World War One, during which time its composer served – as Lloyd was to later – in the British armed forces (Elgar was too old for conscription, but joined the local branch of the forerunner of the Home Guard). It is difficult to ascertain what direct effect Vaughan Williams’s military experiences had on his music, although many feel elements of A Pastoral Symphony (1922) arose from them, and The Lark Ascending recalls the unsullied English countryside which remained untouched by the horrendous trench warfare in France and Belgium which the composer witnessed at first hand. But The Lark Ascending is not solely a piece of musical picture-painting: there is a depth to this work which connects with its creator’s personal experiences – surely, a love of that which is gradually being lost, and which – by as soon as a few years after the War had ended – was in serious danger of being lost. It is that almost indefinable characteristic which has helped ensure the work’s appeal and immediate impact, and like In the South, this work too was recorded (complete) within a year or so of its first appearance. Yet when we hear it today we do so not as a kind of historical piece of picture-painting – It is more than Vaughan Williams’s equivalent of “Mr and Mrs Andrews” – it speaks directly to us, as on sunlit June mornings at 4.30, a new day dawning, and with it the hopes and aspirations of rebirth.

Such delicate tracery as the solo violin weaves demands much from the soloist: individuality, yet total connection with the orchestra, a tone sufficiently big to fill the hall (even in the quietest passages) yet never overbearing – casting a spell of truly English fantasy and imagination, such as Elgar and Lloyd (and Britten, too) would have instantly recognised, the equivalent of ‘A Midsummer Morning’s Dream’, which in this performance and in the full and incredibly sensitive acoustics of St John’s Tamsin Waley-Cohen brought off most admirably. The balance between soloist and orchestra was well judged, the work weaving its magical spell as it should.

Lloyd’s Fifth Symphony – approaching 65 minutes, one of his longest orchestral scores – was somewhat unnecessarily preceded by a 14-minute introduction by the conductor, in place of the advertised talk by Simon Heffer who could not be present. One says “unnecessarily” as it was clearly this work that drew most of the audience (who would therefore have known about Lloyd and his music already), and the programme notes were informative enough: and Fender’s hand-held microphone (unnecessary in this building) boomed intermittently throughout, reducing much of what he said to unintelligibility, and it was a further mistake not to ensure the orchestra re-tuned before the Symphony began (as we heard to our cost in the closing pages of the fourth movement). But overall this was a fine performance of a major work, still too little known. The music is quite magnificently individual, within a readily-appreciated idiom, and as this hour-plus work evolved, the composer’s grasp of the essential features of his self-imposed task were gradually revealed in admirable fashion, the conductor clearly having the full measure of this music.

But, but, but – the first page of the programme says: “In accordance with the requirements of Westminster City Council … the taking of photographs and the use of recording equipment is strictly forbidden without formal consent from St John’s.” We must assume that the three photographers who meandered around the church (two in the auditorium and one in the gallery above) particularly during the Symphony had permission so to do. Yet stopping as and when they felt like it, occasionally having a chat, proved an off-putting pantomime, running concurrently with the performance of the Symphony. It was a serious distraction and disrespectful to paying audience members who would expect to listen to the music without such (or any) interruption. The photographers intruded on our concentration time and again, numerous people vocally annoyed afterwards. I don’t imagine George Lloyd expected his Fifth Symphony would be performed in such circumstances. What a shame.