Although one can regret that there wasn’t a piece of music chosen that the Philharmonia Orchestra at its fullest strength could have played – thus allowing all its members to come together for this birthday-party of a concert – the Classical forces required for Beethoven put on a dedicated response for a former Principal Conductor (1972-82), Riccardo Muti, who remains a close collaborator with the Philharmonia. 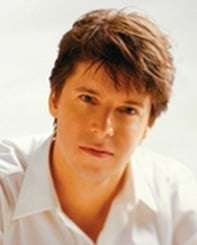 Eschewing a celebratory ‘overture’, it was straight into the concerto, a notable account of Beethoven’s for Violin, Muti and the Philharmonia unfolding a gentle yet robust introduction, expressive and dynamic, Joshua Bell sweetly lyrical and unaffected in his playing, very much primus inter pares, stressing the music’s intimacy, depth and playfulness. His own cadenzas proved especially striking and although the finale could have been slightly more measured in pace, if scarcely less unforced, it was the slow movement that was particularly haunting, unaffected and rapt.

Before conducting the ‘Eroica’, Muti made a touching speech recalling past members of the Philharmonia and, in particular, Gerald Drucker (born 1925), principal double bassist between 1964 and 1990, who died a few days before this concert and whose funeral was the day after it. The opening chords (once brilliantly described by Zubin Mehta as a “Webernian solution to the slow introduction”) were full of import, the first movement (with the usually superfluous repeat of the exposition made to work) broadly unfurled yet with total inevitability rather than given with speed and brute force. Typically, Muti’s command of dynamics was natural rather than micro-managed, and details were securely placed.

The ‘Funeral March’ had nobility and humanity, the scherzo a delightful light-footedness (the three horns deft in the trio), and the finale was cohesive while being alive to the character of its episodes. A liberating coda completed a performance that was ‘traditional’ yet imbued with freshness and distinctiveness, an engrossing tribute to what Muti and the Philharmonia Orchestra can achieve together. Muti found time to acknowledge the cellist Ann Barber in her last concert before retiring.

Reading between the lines, although Muti might be about to take up the reins of both the Chicago Symphony Orchestra and the Rome Opera House, he is keeping some dates free for the Philharmonia. How about Hindemith’s Symphony in E flat next time? It’s a piece that the Philharmonia recorded with the composer conducting and music that Muti has in his current repertoire and just a few weeks ago in New York.