Bruckner
Symphony No.7 in E [edition not specified]

Two disparate approaches to conducting Bruckner’s Symphonies have developed over the years: one emphasizes the influence of Wagner, applying exceedingly broad tempos to give greater weight to the dramatic character of the music, enhancing its heroic bearing with overpowering outbursts reinforced by stentorian brass and rich lyricism with opulent strings; the other, more concerned with structural cohesion, setting brisk tempos and conjoining sections seamlessly to downplay Bruckner’s block-like sectionalism, sometimes at the expense of personality. 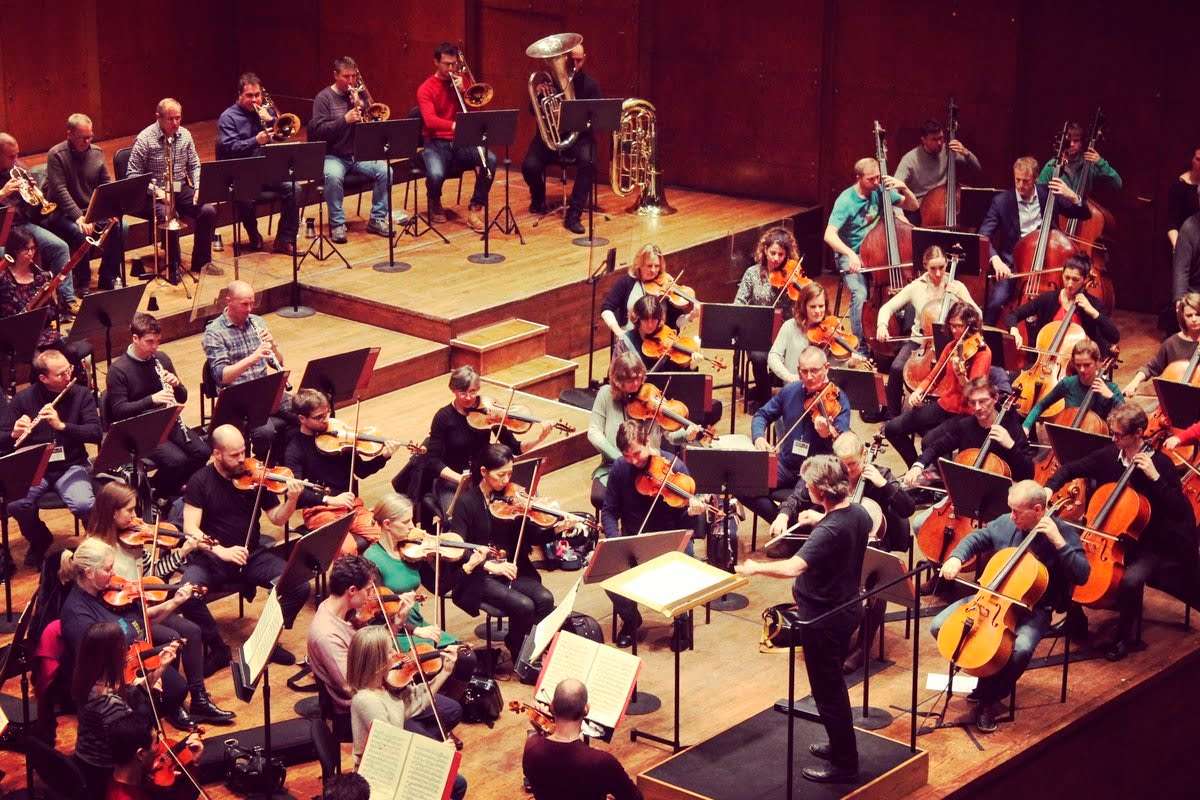 Esa-Pekka Salonen’s reading of Bruckner’s Seventh utilized elements of both approaches. The main tempo of each of its four movements began by striking a proper balance between a heavy, long-lined speed and an impetuously brisk one. Yet as each progressed, Salonen’s extremely flexible approach to tempo went into high gear. During lengthy build-ups, he propelled the music forward intently, giving the impression of an accelerando superimposed onto each such passage. This affectation may have heightened the energy level of the music but it also completely changed its import.

The Philharmonia Orchestra (from London) was in top form in all respects. Full-blown brass, radiant strings and bright woodwinds, all perfectly balanced, added measurably to the performance.

In the first movement, the lower strings gave the opening theme a refined, sonorous quality, enriched by strong accentuation at its height, while woodwinds played the second theme rather quickly despite is being marked ruhig (restful). So it became apparent that Salonen was intent on increasing the energy level of the music throughout the movement. Opulent brass roared willfully through the rich texture of the many powerful sections with explosive force. Salonen suddenly held back the tempo at the beginning of the development, as thematic material passed between low strings and woodwinds. But the pace quickened once again as the music worked its way toward the reprise. Here suddenly the pace slackens rather abruptly in order to return to the opening tempo. But by the time the second theme appeared, the pace had already retrieved the energy level of its first statement during the exposition.

The Adagio’s opening theme was appropriately solemn and beautifully shaped, Salonen enhancing its deeply felt profundity by heavily reinforcing the marcato markings placed over the first three ascending notes that begin its second part. By contrast, the lighter second theme was almost free and light-hearted, moving along at a moderate pace. After the first theme returned, Salonen pressed forward feverishly as the music rose up to a magnificent climax. He held onto the first two notes of the second part of this theme, recalling its earlier forceful treatment. During the long build-up to the grandiose climax, Salonen increased the tempo measurably, thereby intensifying the gradual progress toward the sky-opening apex, made more spectacular by a cymbal crash inserted by Nowak in his re-touching of the work, following Haas’s edit. In the closing section, low brass rendered the second part of the opening theme like a compassionate prayer, stating its closing measures with heartfelt emotion.

A spirited Scherzo followed. Yet again Salonen saw fit to tamper with the tempos, speeding up and slowing down at will. By contrast the Trio section was rhapsodic, embellished with lustrous violins and crystalline woodwinds. At the close of the Scherzo subject’s return, resilient brass overwhelmed the rest of the orchestra with a mighty deluge of sound, generating the effect of a raging storm.

In the Finale, a lively, assertive opening theme contrasted strikingly with a gently expressive rendition of the second one. Salonen energized the tempo rather brusquely, ignoring Bruckner’s warning at the outset that the agitated pace should not be too fast. Enormous brass resounded during tutti passages. Throughout Salonen kept pressing forward forcefully, yet the music’s dramatic character was not the worse for this approach, the vigor and intensity generated thereby caught fire as the Symphony approaches its final moments. Here Salonen kept accelerating the pace with such fervor that it virtually galloped toward what was a euphoric peroration. Salonen’s super-energetic pacing may not be to everyone’s taste, but it heightened the intensity of the music, reaching an ecstatic conclusion that well-justified his free-wheeling tempos.