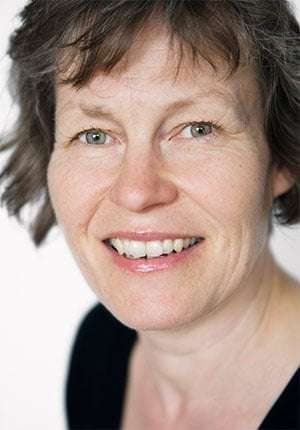 Never stop being curious … or the music of Swedish composer Karin Rehnqvist might pass you by. She was the latest subject of the Philharmonia Orchestra’s Music of Today series – free and informal, just turn up. Rehnqvist (born 1957) straddles a perceived great divide – one of her teachers was Brian Ferneyhough and she is keenly interested in folk music. Her three works included here each left a positive impression. The 13-minute Raven Chant (2007/12), for 15 musicians, begins with quiet tintinnabulation, a piccolo offers a ‘call from the wild’, the soulful and sonorous music growing in intensity fuelled by piano and bass drum. The potency of the music was clear and there were some vocal contributions from the players, too. The shorter Utrop (also for 15 musicians, add harp, delete piano) also includes bells (Tibetan), a sad song ensures shared among instruments. Pace the composer’s invitation, I was pleased to accept. Finally, Quem chama? Who’s that calling? This 13-minute “happening” for two voices, one and a pair of trumpets placed behind the platform, the other and two trombones at the rear of the audience. The vocalists offer Swedish herding cries, primeval in effect. On the platform the sinewy writing exploits low registers. It’s a physical and naturalistic piece – Canteloube meets Xenakis, to quote an irresistible comment shared with me afterwards, and with an apotheosis that, strangely, recalled the close of Mahler’s ‘Resurrection’ Symphony. The two singers carried to all corners (with no need of amplification) and Peter Tilling had the measure of perspectives and directions. 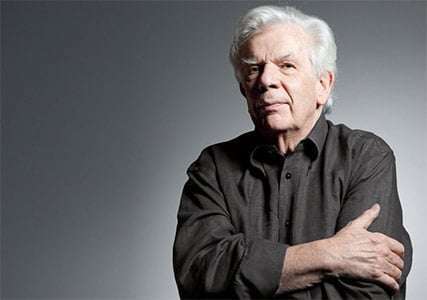 Now in his 85th year (the birthday itself being on September 8), Christoph von Dohnányi (belying his years) began Beethoven’s Piano Concerto No.1 with an ear-grabbing pianissimo (as marked), the lyrical writing dulcetly sounded. Martin Helmchen gave a crisp, affectionate and dynamic account of the solo part, at once unforced, searching, innate and deeply expressive, such musical qualities complemented by orchestra and conductor. Helmchen’s range of touch and inflexion is notable in itself, not forgetting his imaginative pedalling, but it’s his selfless yet absorbed relationship with the music that denotes him as special. The first-movement cadenza wasn’t identified and seemed a confection of at least two of Beethoven’s three; maybe a composite from Helmchen. The slow movement claimed heavenly depths while basking in heavenly melody, and with plenty of hush, and the finale was rambunctious, every note from Helmchen a pearl of wisdom, the solo part swinging and sparkling as required. Whatever Helmchen did with such infinite variety was matched by the Philharmonia and Dohnányi: one for all and all for one. As an encore, Helmchen offered J. S. Bach’s Chorale Prelude ‘Ich ruf’ zu dir, Herr Jesu Christ’ as arranged by Max Reger, sublime, half-lit and faded to significant silence.

The platform was packed for Ein Heldenleben, Dohnányi’s layout of the orchestra at-one with Richard Strauss’s composition, double basses to the left, and the harps stationed behind the antiphonally placed second violins. Scrupulously prepared, Dohnányi conjured a taut yet expansive account, seamlessly symphonic, the opening flourish noble rather than flamboyant, our Hero (the composer) totally confident of victory, Strauss’s complex scoring made remarkably lucid, as throughout. In the violin solos representing the Hero’s Companion (Frau Strauss, Pauline de Ahna), the Philharmonia’s Concert Master Zsolt-Tihamér Visontay was initially silkily seductive, then capricious, feisty and tender. Dohnányi’s demanding and illuminating conducting, vividly detailed, and wide across the dynamic range (a restraining hand, literally, on fortissimos, so that the loudest were saved for when really needed) elicited many deeply-felt beauties and also a ‘Battle’ that scaled exalted and controlled musical pandemonium. The section of quotations, from Strauss’s own works to that point (Don Juan, Don Quixote…) was distilled with a lifetime’s experience, and I won’t easily forget the richly compassionate string-playing and Nigel Black’s wonderful contribution on horn. In short, this was a glorious performance, played heroically.