The Philharmonia Orchestra was on a roll in this marvellous concert, a sequence of substantial twentieth-century French and Italian works, magnificently played and styled. Esa-Pekka Salonen guided his players through the highways and byways of Debussy’s Ibéria with as strong a feel for the first movement’s swagger and brilliance as for its more shadowy corners. Debussy only stepped into Spain on a day trip, and there is a marked touristic element in clacking castanets and guitar-like strumming, and Salonen knows how to draw out gloss and glamour from this most responsive of orchestras. The nocturnal fragrances of the middle section were very special, pin-pricks of woodwind and percussive light serving only to intensify the expanse of sensuous darkness. You wondered that Debussy didn’t think of adding a recording of cicadas chirruping. The ‘parfums’ Salonen evoked here were oily and sultry, lingering heavily over the expertly judged change of gear into the last section’s brilliant festival, and you had to marvel at the Phiharmonia’s effortless, ever-evolving cohesion. 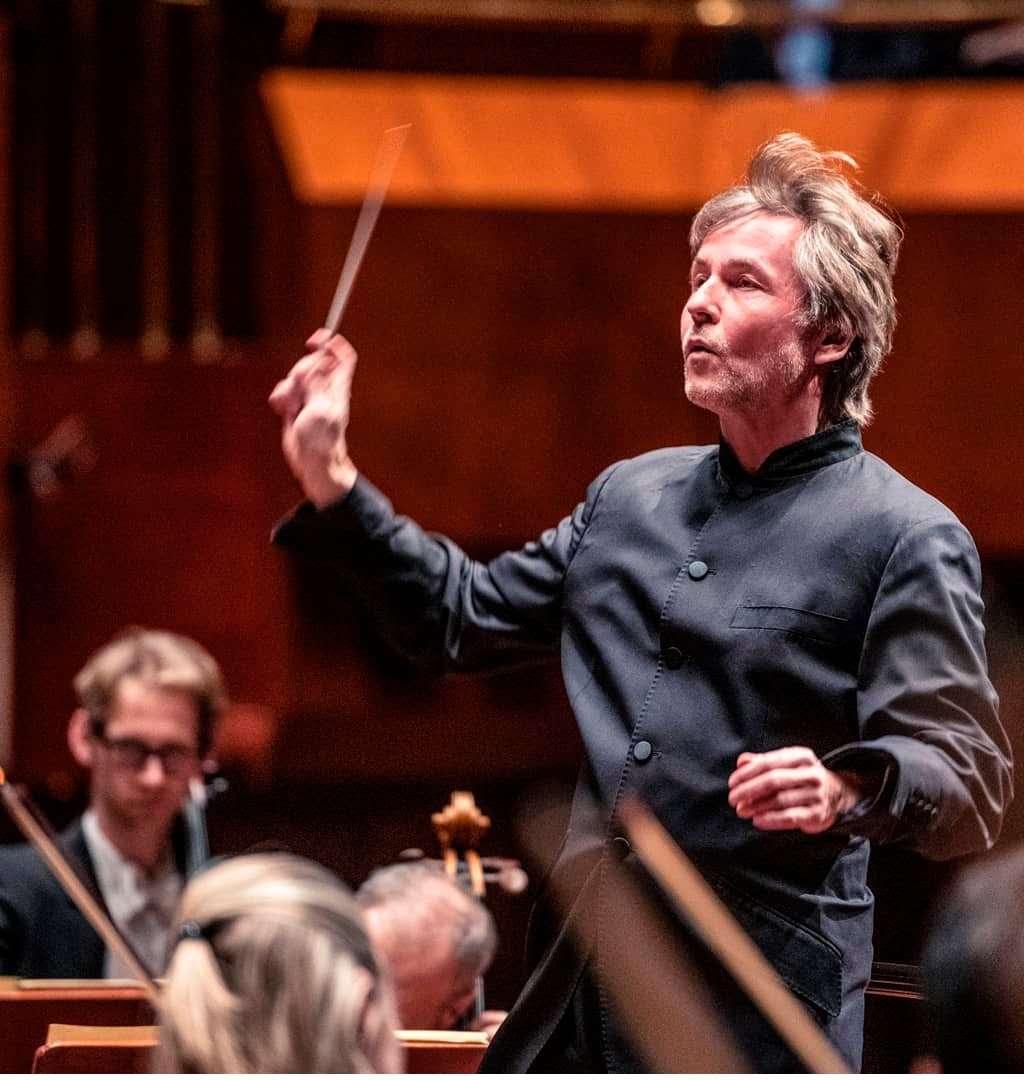 Marianne Crébassa is also on a roll with opera and concerts, and it’s hard to resist her brand of engagement and personality. Berio’s LP of his Folk Songs, sung by his then-wife Cathy Berberian, was something of a cult when it first came out in the 1960s. The songs themselves, from around Europe and the USA, are a scrapbook of women’s pragmatic, romantic, haunted or miserable reflections on love and sex, with many a flash of batty humour. Crébassa’s powerful lower voice is up for the raw bellowing of a Sicilian fish-wife and the distracted lament of ‘I wonder as I wander’. Sometimes I wished her upper notes had a softer edge, but then was bowled over by Sardinian sadness or by her knowing euphemisms about caressing a young man’s basket of rosy apples. Salonen was performing Berio’s later orchestration of his chamber scoring, but the slightly reduced Philharmonia’s attention to detail of timbre and balance kept company with the songs’ intimacy, and superb in Berio’s brilliantly written evaporations of accompaniment at the end of some of the numbers. They can take any amount of vocal animation – Berberian could be coarse, almost clumsy in some of them – and Crébassa is on track to giving them that sort of attack and earthy humanity.

Later she was at the heart of her repertoire in Ravel’s Shéhérazade, from memory, sailing into the narrator’s cries of ‘Asie!’ with barely repressed longing, sharing a charged duet with Tom Blomfield’s heavenly oboe solo, before returning exhausted by her virtual journey. She hugged herself with anticipatory languor in her dalliance with Samuel Coles’s enchanted flute, and her beautifully shaded voice seemed to cover all the mysteries of desire in her intense but oblique connection with ‘L’indifférent’. Crébassa has it in her to be formidable, but she is even more interesting and speculative in Ravel’s cycle.

Salonen gave a short address before ESA (In cauda V) by Franco Donatoni, one of the young Salonen’s composition teachers. Salonen related how he had commissioned this piece, which Donatoni then dedicated to him. Then the composer died, and Salonen assumed the work had died with him, but Donatoni had dictated it to students, and a few weeks later Salonen had a postal delivery, as it were from beyond. The music is full of vigour and brilliantly scored. There is a pervasive ‘Dies irae’-like motto which might also be via The Rite of Spring or the musical version of the ESA of the title, and the invention initially doesn’t so much run out of steam as to turn corners after which things stay buoyant but become more fragmented. The ending is a movingly judged slide into complete disintegration, with, I imagine, cause for regret to Salonen but without a hint of anxiety from the composer – and played with total conviction.

This big concert ended on the biggest of notes, Respighi’s symphonically inclined Pines of Rome, Salonen and the Philharmonia on extravagant, illustrative form. The trumpet solo emerging from the catacomb seemed, indeed, to come from nowhere, the piano solo opening the ‘Pines of Janiculum’ section briefly had Respighi deferring to Gershwin, and trumpets and trombones popped up all round the auditorium in the Roman legion’s triumphant march down the Appian Way, all of which, as some broadcasters who should know better still say, “builds to a mighty crescendo”. It was duly overwhelming and thrilling. But there was NO NIGHTINGALE singing its recorded heart out among the Janiculum Pines. We woz robbed.