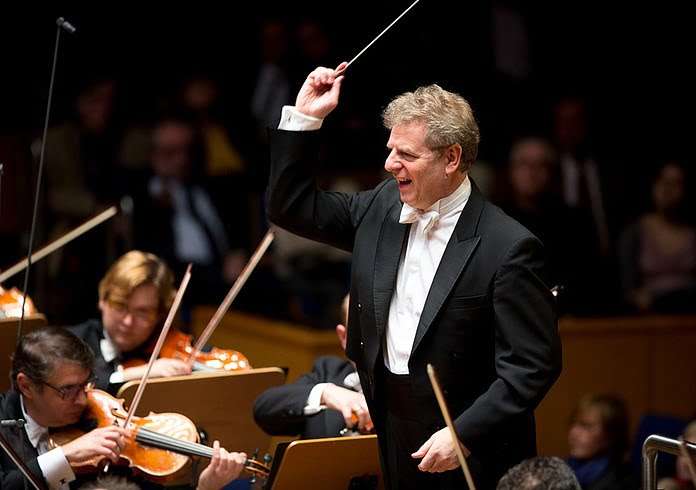 This Overture-Concerto-Symphony concert, for some reason reprised the first half of the programme that Karl-Heinz Steffens took over with the Philharmonia from an indisposed Christoph von Dohnányi two years ago; but might it not have been more adventurous for Steffens – formerly a clarinettist in the Berlin Philharmonic – to have chosen a different programme? There is a long tradition of orchestral players successfully making the transition to the podium – think Toscanini, Barbirolli, Giulini or Munch, all of them string-players – and although nobody would claim Steffens as a member of that elect band, he is clearly a fine musician. Whether it was wise to include three staples of the repertoire in one concert is questionable because it invited comparison with great conductors of the past.

It was Thomas Beecham who, tongue-in-cheek as ever, suggested that two of the more important things for a conductor are that an orchestra should start and finish together. Add to that, they should play together. However, there is more to it than that. Shouldn’t a conductor have a finely developed sense of what needs to be conducted and, equally important, what need not be made explicit, and to be able to evaluate the differing needs of each group they conduct. Steffens is undoubtedly a safe pair of hands, clear in his demands but on the evidence of this concert with a tendency to over-conduct and lacking the ability to shape a long line or breathe life into a large-scale cumulative form such as this Brahms Symphony.

Inspiration is a quality essential to Beethoven’s Leonore Overture No.3 as it moves from stygian dungeon gloom to exultant sunburst where tyranny is vanquished and right prevails over evil and oppression. Here the opening paragraph was all in order but strangely static and the main section, although forceful, lacked that terrific underlying tidal surge where one senses the music being dragged forward by some unseen hand. Christian Barraclough was the confident offstage trumpet. 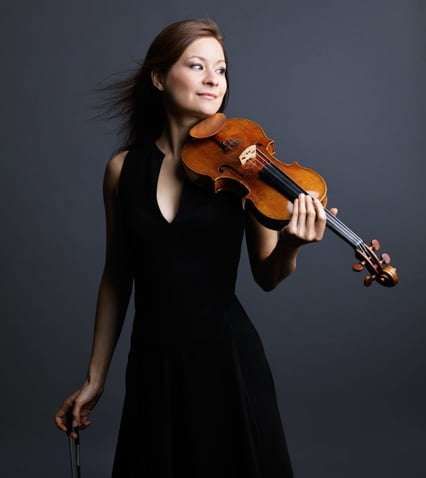 Arabella Steinbacher is a player with a notably wide repertoire. In the Mendelssohn Concerto (there is another one written when the composer was a teenager) she tore into the opening movement and gave us an unashamedly large-scale romantic reading which evoked memories of how the work was often played. The opening movement may be marked molto appassionato but the very impetuosity with which it was launched set up some problems later on, necessitating quite a dramatic slowing up as we approached the second subject. Steffens and the Philharmonia provided a weighty accompaniment which carried over into an unusually expansive account of the slow movement; nothing chaste about this. However one particularly appreciated a Finale which was taken at a moderate pace rather than the more-normal hectic scamper and which allowed for some fine woodwind detailing.

Brahms’s Second Symphony drew a generally mellow performance albeit without the first movement exposition repeat. A particular highlight was Mark Vines’s excellent horn solo at the close, confident and devoid of over-emphasis. Elsewhere, especially in the Andante and the Finale, there was a tendency to heavy-handedness, a reluctance to restrain the dynamic levels so f often became ff and textures thickened accordingly. Best was the Allegretto grazioso third-movement which evoked the Brahms of the two Serenades and was graced by some elegantly turned oboe-playing from Gordon Hunt. The unmarked sprint to the finishing post at the close of the Finale was, however, unwelcome and unconvincing.