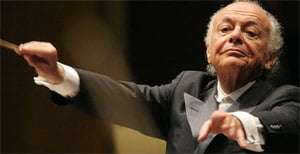 Lorin Maazel had the Philharmonia Orchestra eating out of his hands in this the first of three Brahms concerts that will embrace the four symphonies and “Ein deutsches Requiem”.

The first two symphonies received richly sounded performances, generously expressed and meticulous in balance and detail. Maazel, now 78, his capabilities undiminished, has no truck with anything that might be termed ‘authentic’; these were gloriously ‘old-fashioned’ performances, full in sound, even voluptuous at times, certainly “Romantic” as well as generous with rubato and tempo fluctuations. Put simply, whatever Maazel wants to do he has the technical gifts to achieve it; here every tweak (not least some daring contrasts in dynamics) was powerfully commanded from the podium and executed with unanimity by the musicians. 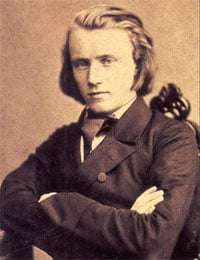 The First Symphony had both strength and energy. When Maazel relaxed the pulse (conspicuously so in the outer movements) it was for gratifying lyrical asides rather than indulgence, and also for stoking the drama – all leading to a particularly arresting ultimate coda, which won an ovation more associated with the end of a concert.The middle movements had flowed, the Andante at the designated walking pace but meaningfully retarded with much rubato and concluding memorably with an ardent violin solo from Zsolt-Tihamér Visontay set against staccato clarinet notes and sustained refulgence from horns. Following was a restless intermezzo that was carousing come its mid-point. Maazel launched the finale attacca, made much of the stringendo pizzicatos, the flutes seemed to be playing from a mountaintop, breathing the purest air, and the trombones’ first appearance was a solemn entreaty. The sublime string-based melody that then enters was first of all given as considerably pared down, both in sound and volume – graceful indeed, chaste even – while second-time-round it was altogether more confident and hearty. From Maazel, the climb to triumph was no easy ride, but when we got there the resolution was electrifying.

Whether consciously or not, Maazel really exposed the ‘pastoral’ epithet sometimes associated with Brahms’s Second Symphony; the first movement was glowing and shaded, really quite beguiling, surges of emotion organic; the extended coda brought another reduction of tone and intensity – the music snoozed contentedly under a willow tree before scampering impishly away and into a particularly elegiac account of the slow movement.

It was in the last two movements that one could quibble the most with Maazel’s interpretation. The intermezzo lacked elegance, the faster contrasts hiked-up in tempo – yet given with remarkable poise and point by the orchestra. If the (also-attached) finale went through the mill with numerous changes of tempos that seemed diversionary rather than schematic, and glossed with occasional gypsy-fiddle swooning, this was music-making of vibrancy and personality. As a recording it might seem mannered; as a concert it was absorbing, a master conductor with a personal view of the music fully conveyed to the orchestra and then to the audience. Like or not how Maazel performs Brahms, his relish of the music was palpable, and the Philharmonia Orchestra responded magnificently.