Under the auspices of Oleg Kagan’s Razumovsky Trust, this recital by the Philharmonia Orchestra’s principal cellist David Cohen offered an enjoyable mixture of compositional styles. With help from the Trust, Cohen has been able to secure a 1735 Domenico Montagnana cello, and showed its breadth of tone in unaccompanied Bach. 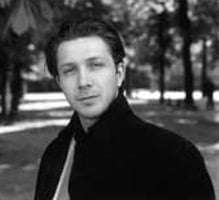 Here Cohen was relatively liberal with tempo and rhythm, with a particularly relaxed ‘Allemande’ and ‘Sarabande’. In the ‘Prelude’ his decision not to slur’ many notes in one bow led to a less fluid approach, meaning the cumulative tension that rises towards the final bars was lost. Occasionally he overdid rubato, with both ‘Menuets’ pulled around too much to have a common meter, but the affection he clearly feels for music could be felt, particularly in a hushed repeat of the first section of the ‘Sarabande’.

In Schubert’s Sonata for the five-stringed now-extinct arpeggione, the dance aspect could again have been exploited more, especially in the second themes of the outer movements, with their potential for a rustic flavour and rhythmic vitality. Schubert’s writing for the five-string instrument transcribes well to cello but makes demands on the player’s command of the high register. Here Cohen’s technique was impeccable, a strong tone maintained in even the highest passages. Olga Sitkovetsky acquitted herself extremely well in a sensitive accompaniment, shaping the first-movement theme nicely while providing a lilt to the slow movement. If the finale was a little too straight, Schubert’s humour well beneath the surface, the dance-theme acquired a forthright air as it reached the ‘home’ key.

If Cohen was holding back slightly in the Bach and Schubert, caution was thrown to the wind in a highly expressive performance of Gaspar Cassadó’s rarely heard Suite. A pupil of Pablo Casals, the Spanish cellist Cassadó (1897-1966) seems to have taken his lead from the Solo Sonata of Kodály, both in a prolific use of multiple-stopping and the incorporation of folk-inflected themes, in this case Catalan, to the music. Cohen was extremely convincing here, with a firm, heavily ornamented declaration setting the tone in the ‘Preludio’. There followed a surging ‘Sardana’ (a Catalan dance), while the passionate solo lines of ‘Intermezzo’ gave way to a powerful yet controlled dance finale, the multiple-stopping firm and clear.

Sitkovetsky rejoined Cohen for a commanding performance of Grieg’s Cello Sonata, and successfully resisted the impulse to take over in the virtuoso piano part, her upward, arpeggiated sweeps calculated and held within. Cohen’s phrasing was broad and well-suited to Grieg’s melodic contours, conveying the restlessness of the first movement’s theme, which was quelled in the stillness of Sitkovetsky’s slower response.

This is very much a duo-sonata, with balance and structure extremely well-observed and songful episodes exploited for their lyric potential. Humour, too – the finale’s triadic theme played off between the two musicians until it became something of an angry dispute in the central section, returning to something carefree.

As a generous encore, the two played Paganini’s Variations on a Theme of Rossini’, a display piece designed to be played solely on the cello’s ‘A’ string in Maurice Gendron’s arrangement. Cohen sparkled in his characterisations, whether at speed or in slower, lyrical sweeps, the quickness of the hands sometimes outwitting us in the audience in this energetic performance.