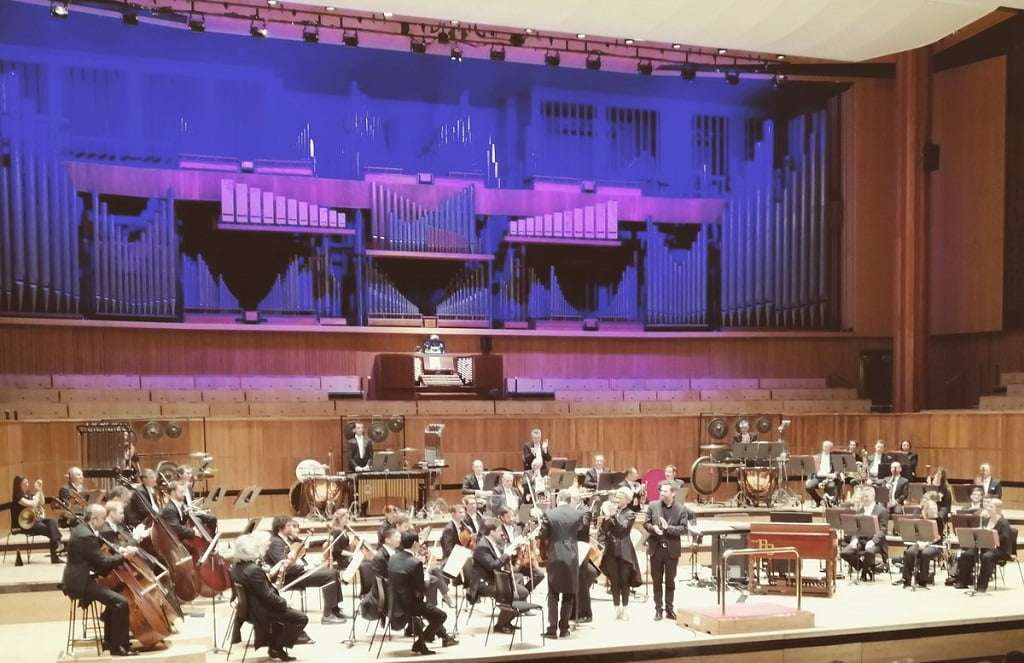 Peter Eötvös, born in Transylvania in 1944, brought up in the fifties and sixties on a radical intake of Bartók, Ligeti and Kurtág, and a subsequent collaborator, in Cologne and Paris, of Stockhausen and Boulez, has long been an iconic contemporary force. These days he cuts an unfussy, silver-haired figure on the podium: score before him, no baton, hands often but not invariably in parallel, using shoulders and chest for emphasis, the clearest, almost simplistic of beats – a distinguished presence of thinking, emotional intellect and engaged sympathies. From the strongest tuttis to the barest rustle, everything he did in this concert spoke of attention to acute balance and fine detail, with clarity and projection at a premium.

He turned Schoenberg’s strange Accompaniment to a Film Scene (1929-30) – how often do you hear that programmed? – into a keenly tensioned expressionist tone-poem of “threatening danger, fear and catastrophe” (Hannah Nepil’s persuasively readable programme note), his way with tempo and rhythm fusing the incident and terse imaginings of the score into a satisfying architectural entity peopled with all manner of humanoid characters. At the other end of the linguistic spectrum, Bartók’s ethnomusicologically journeying, mosaic Dance Suite (1923) was a lesson in the fine art of rubato, inflexion, and articulation, every slur, staccato and tempo change meaningfully weighted (first, third, fourth movements notably). Soloistically and corporately, the Philharmonia Orchestra had a field day, sitting comfortably in a reading neither over-deliberated nor pushed, Eötvös showing exactly how to gel disparate episodes into a dramatised progression.

Favouring a platform layout almost old-fashioned these days (all violins to the left, cello and double basses to the right), he structured a fine Stravinsky Symphony in Three Movements (1942-45), his tight discipline and logically argued overview again paying handsome dividends. There was much to relish, from the sensuously heady close of the opening Allegro to Catherine Edwards’s biting obbligato piano input (her Steinway sited up from behind the second violins). Eötvös’s classically sensed reining and impulsion brought to mind a Hungarian compact disc of his I reviewed some years ago. A 2001 ‘orchestral’ release played by around twenty musicians on modern instruments electro-acoustically amplified. “Post-Gouldian crossover at its most cultured”, I wrote, “bridging concert platform and studio console, reality and virtual reality, combining humanly generated material with state-of-the-art technology, here is a performance which abhors habit and breaks rules. A Musical Man of temperament and personality, transmitting gigantic Promethean energy.” Beethoven’s Fifth, no less. 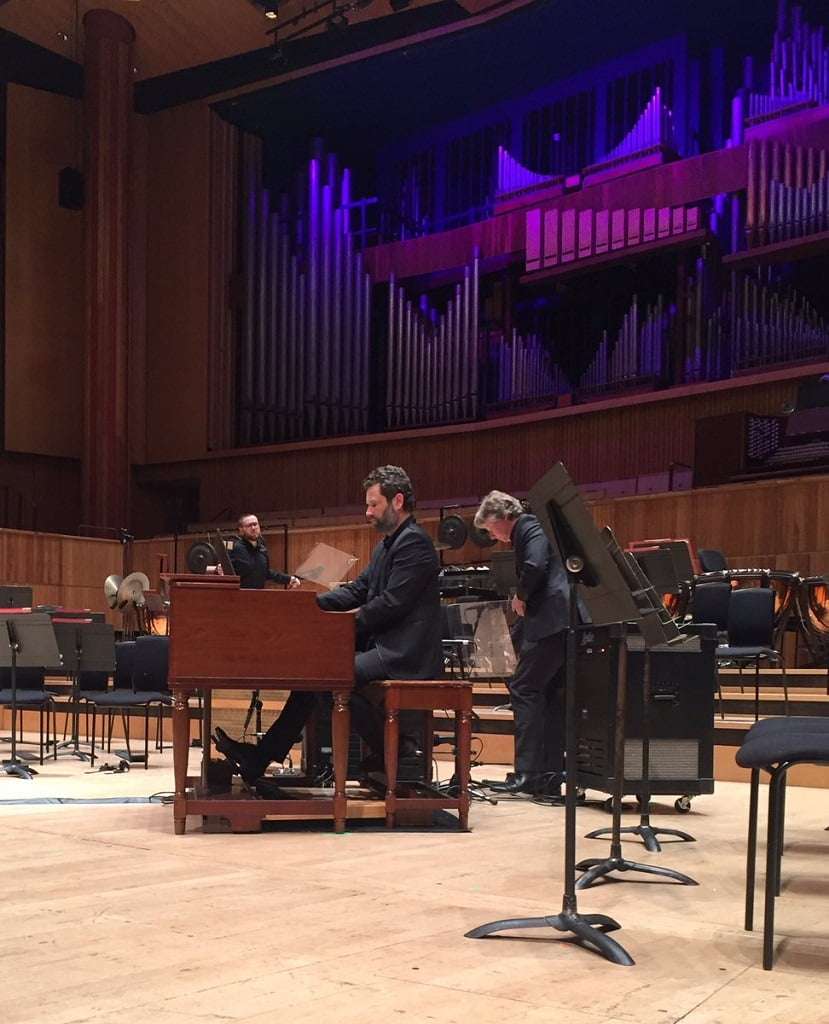 For the UK premiere of his three-movement Multiversum (2017), a co-commission on a grandiose scale, a radically different order of three-dimensional spatial arrangement came into play, taking most of the interval to set up, reflecting the essence of the work’s inspiration, the idea of separate rather than mixed sounds, of, Eötvös says, the theory of “universes [existing] side by side and independently of each other” – the multiverse. Accordingly, en bloc, strings were placed on the left of the conductor, woodwind to the right, with a phalanx of brass in front of the percussion in a west-north-east sonic trajectory.

Central to the quasi Dolby 5.1 sound-design was the RFH’s organ together with a Hammond B3 (vintage 1954-74), the exact physical positioning of the latter (off-right in this staging) obscured by speakers creating a Doppler effect. Things cosmic have long been central to Eötvös’s world. In his teens he wrote a keyboard piece as a homage to Gagarin’s first space flight – Kosmos, coincidentally the title (Cosmos) of an earlier orchestral essay by Reginald Smith Brindle which, as a student drawn towards astronomy, I caught up with at the 1960 Cheltenham Festival.

Glimpsing “the artist’s inner universe”, the polyphony of Multiversum, premiered by the Royal Concertgebouw Orchestra at the Elbphilharmonie in Hamburg in October 2017 (in a programme replicating the Philharmonia’s), addresses “parallel universes, string theory and gravitational waves”. Experientially multi-layered events, time fields and densities co-exist within their own orbits – not necessarily a new idea but one here taken to extremes. What impacts most perhaps, in a concertante composition that in another century might have been called ‘Praeludium, Toccata and Chorale’, is the underlying metric directness and pulse of the whole, like some ever-present determinator beating at the heart of vastness. Eötvös is not a man averse to repetitive devices, nor to massive climax-building (third movement), and in his rhythmic sequencing he can be unexpectedly immediate and straightforward (the rushing woodwind scale patterns; the ‘distance’ duetting of organ and Hammond in the central movement, for example: “the whole soundscape of the cosmos”) – all leading to an encounter cumulatively exhilarating for players and compelling for listeners, each of us our own “side by side” universe in the multiverse of the moment.

The Philharmonia’s performance, a little short of the advertised thirty-five minutes, was one of authority, attack and vibrancy, the two soloists – Iveta Apkalna from Riga, titular organist of the Klais organ at the Elbphilharmonie, and László Fassang, head of the organ department at the Franz Liszt Academy in Budapest, and professor of improvisation at the Paris Conservatoire – excelling in all departments of performance and deportment.