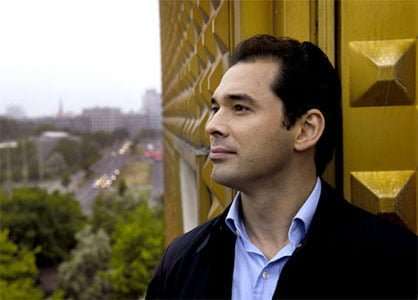 I awaited the performance of the Fauré with some trepidation. Last time I heard this delicate score it had been roughly driven along to ruinous effect by a famous American conductor. How would a Russian respond to it? Perhaps I should have remembered that Tugan Sokhiev has spent several seasons at the head of the Toulouse Capitole Orchestra, for the Royal Festival Hall audience heard an ideal realisation of this very French work. Sokhiev didn’t impose control on the music – he guided it with the greatest sensitivity, just indicating a few points here and there, but always in a manner that was sympathetic to music’s natural refinement of expression. After an account of the ‘Prélude’, which was simply allowed to emerge and then flower in all its natural beauty, both the ‘Fileuse’ and the ‘Sicilienne’ were exquisitely played, with accents perfectly placed and at ideal, unhurried tempos. The ‘Death of Mélisande’, the music paradoxically powerful through being expressed in understatement, was completely overwhelming for this listener. 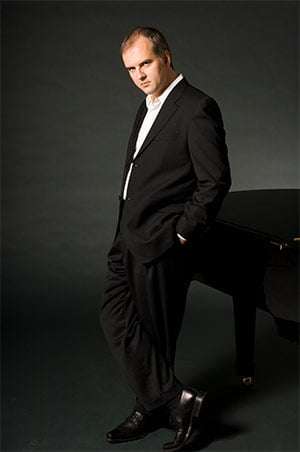 The percussive crack at the beginning of Ravel’s G major Piano Concerto at once changed the atmosphere, but while we experienced the piano’s opening accompanying rhythmic figurations, the piccolo’s tune was nowhere to be heard. Enter the trumpet to take over and all was well, as it was orchestrally for the remainder of the work, with tight, disciplined conducting by Sokhiev. Nicholas Angelich has a big technique, and he sailed nonchalantly through the first movement with charm and wit. In the lengthy solo passage that opens the central Adagio he played the long phrases in the most artless fashion, with lovely tone quality and tantalizing expression. The finale opened at a furious tempo – too fast, really – but it was exhilarating (though probably not so for the bassoonist, who had a struggle to bring off her solo passage). And if the tempo was relaxed a notch or two as time went on, it was screwed up again in the last minute or so. It was triumph of technique for Angelich, but a little at the expense of the music’s carefree spirit.

In La mer, the mysterious opening of the work was sensitively realised by Sokhiev. Throughout the first movement his response to the music’s ebb and flow was ideally flexible and he brought out detail beautifully while not allowing higher dynamic levels to become too assertive. Fluidity was a feature of ‘Jeux de vagues’, with sometimes an almost chamber-music-like clarity of texture. The dramatic nature of the finale, ‘Dialogue du vent et de la mer’ was well brought out, but again Sokhiev took care to impose a certain restraint and thus preserve the atmosphere and elusive mystery of Debussy’s invention – until the last climax, that is, when the full power of the Philharmonia’s brass section was released.

Stravinsky’s The Firebird ballet is a brilliantly dramatic and colourful score, but I wonder these days whether the 1919 Suite (the second of three the composer made) does the score justice. The reduced orchestration (even more so in 1945) detracts from the original’s magical qualities, and many of the composer’s most daring strokes are missing. Sokhiev and the Philharmonia gave a strong and characterful account of the music, but after the Debussy it seemed something of an anti-climax.