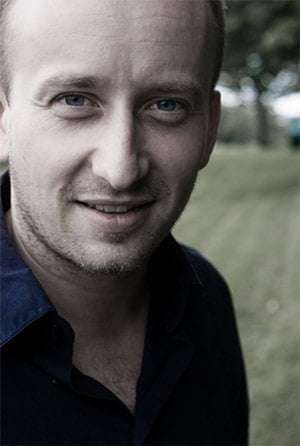 Like the proverbial omnibus, one waits for ever for a concert performance of a Saint-Saëns Piano Concerto (other than No.2) and within a week in London two come along of the Fifth, ‘Egyptian’. Such a coincidence has probably never happened before in the capital. Colin Anderson was at Stephen Hough’s RFH performance last Tuesday with the Royal Philharmonic under Charles Dutoit, an account to which he gave high praise, but I was not there, and so cannot compare that reading with the one at the centre of this concert at LSO St Luke’s, yet there can surely be little doubt that the performance of the solo part that young South African Ben Schoeman gave was one which, had he heard it, Hough would have applauded mightily in return.

The work is magnificently written (it dates from 1896), and is laid out (as almost all of Saint-Saëns’s concertos are) in structural terms in a highly original manner, but one which makes perfect sense, especially emotionally. The ‘Egyptian’ aspect is more to the fore in the second movement (which at times sounds as though Saint-Saëns had recently heard Rimsky-Korsakov’s Scheherazade) but this is more than a concertante musical travelogue. It demands much from the pianist in terms of brilliance, sensitivity and sheer technique (towards the end of the finale, did Prokofiev hear this work in turn, before completing his Third Piano Concerto? This is a rhetorical question to which Mr Anderson need not reply). In every particular Schoeman proved himself fully up to his considerable task, as one might expect from a Royal Over–Seas Gold Medal Winner (2009), and was exceptionally well partnered by the Symphony Orchestra of London’s City University under the clear and expressive baton of Anthony Weeden, who had begun proceedings with a rare account of Grieg’s astounding ‘Bell-Ringing’ (Klokkeklang), one of the most original pieces of music by any composer in the 19th-century. 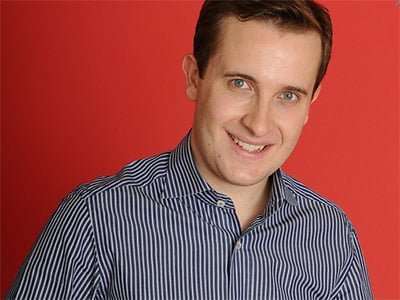 The influence this remarkable work must have had on figures such as Busoni, Scriabin and Debussy is now more tangible than it ever was just over a century ago, when Grieg’s own orchestration of this original piano piece – the last of the Opus 54 Lyric Pieces from 1889-91 – was made. Grieg’s orchestration dates from 1904, but by then the music had made its impact in its original form. It still has the power to astonish – there is no melodic interest whatsoever, no harmonic underpinning, it is just ‘all atmosphere and no tune’, and quite unlike anything that had ever gone before, with the possible exception of Liszt’s very late Nuages gris.

It proved a remarkably impressive opener, the superb acoustics of LSO St Luke’s enhancing the myriad tone-colours of the orchestra in a way that caused one to thank anew the foresight of Clive Gillinson, one-time manager of the LSO, who found the disused church (close to the Barbican Centre), spearheaded the raising of the money, and saw it transformed into the LSO’s rehearsal home and a concert venue in its own right. The acoustics enhance any musician, group or orchestra performing here – unlike those of the RFH, despite £119 million being spent to ‘improve’ that building. So it may be that the RPO on Tuesday would have sounded in the Festival Hall like the very fine orchestra it is, but the City University’s Orchestra took on a golden bloom in this venue, being able to project corporate and individual tones that were more than acceptable.

Finally, more Grieg – one of his last, and one of his biggest, orchestral works – the Symphonic Dances of 1897, which – like ‘Bell-Ringing’ – was a score originally drafted for the piano (piano duet, actually), but in which he clearly had orchestral timbres in mind. Ever since the manuscript of Grieg’s Symphony in C minor (which would have been his Opus 14) was resurrected in the early 1980s, and was shown to be an excellent work in its own right that the composer ought not to have withdrawn (it is the equal of the first three Tchaikovsky Symphonies and of Bruckner’s first three: the F minor, No.1 and Die Nullte), his Symphonic Dances, appearing over thirty years later, amount to Grieg’s Second Symphony. Although one may be a little challenged to prove the inherent symphonism of the work, the inter-relationships of thematic material, the varying approach to similar structures in the first three movements, and even the ‘progressive tonality’ of A major to G minor the work undergoes certainly betoken a symphonic cast of mind – the more so when Grieg was adamant that the movements should never be performed separately.

So all credit to Weeden, who led a wholly convincing and very well played performance of music that makes an immediate impact at a variety of levels, yet the score’s (and its composer’s) subtleties are still not as fully appreciated as they might be. This concert, the initial event of City University London’s free music festival which runs until June 13, proved an excellent opener.