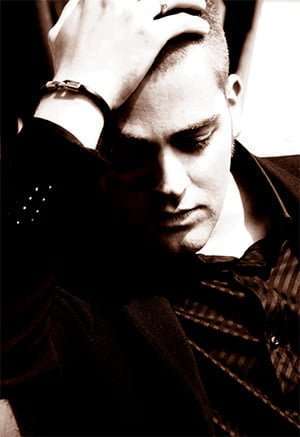 Before what was billed as “Temirkanov’s 75th Birthday Concert” (the date of the milestone itself is December 10), the first recital of the season of the welcome early-evening Music of Today series was presented by its artistic director Unsuk Chin, a tribute to Frenchman Christophe Bertrand (1981-2010), dead aged 29. His first successes were as a pianist, coming to composition in 1996, initially with Ivan Fedele (previously featured in MoT) and then having contact with Tristan Murail, Brian Ferneyhough and the late Jonathan Harvey (himself due an MoT slot this coming January, the 23rd). Bertrand’s music has been conducted by Pierre Boulez, Jonathan Nott and others. The five-minute Virya (Sanskrit for energy and vigour) is from 2004 and scored for flute, clarinet/bass clarinet, two percussionists and piano. It’s a fluid and effervescent piece, if somewhat fragmentary, and although engaging it proved somewhat insubstantial. Madrigal (2005) turns to Calvino, Barthes and a “physical description of the Rabelaisian monster Quaresmeprenant.” This is music of altogether stronger individuality if sometimes recalling Messiaen’s Poèmes pour Mi specifically and Ligeti in general. Scored for piano, violin, cello, flute and clarinet, it was Elizabeth Calleo who brought this eight-minute setting to life with intense lyricism and breathless asides; indeed she brought striking commitment and vocal allure and agility to Bertrand’s imaginative writing. Finally the nine-minute Yet (2002), for 20 musicians – a mix of strings, woodwinds, brass and percussion with piano and harp – active music, lucid in its mechanisms, yet even more arresting in the economic slower section before the strident force of the final part is unleashed, with diverting timbres and textures, Bertrand at his most Boulezian, and stopping rather than ending with a frenzied solo for double bass (Christian Geldsetzer). The performances were consistently excellent under Alejo Pérez. 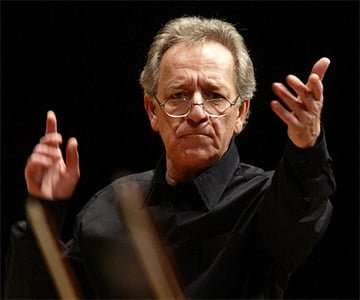 Yuri Temirkanov opened the ‘main’, Halloween-free, concert (Night on the Bare Mountain, anyone?) with a joyless if spirited reading of Prokofiev’s ‘Classical’ Symphony. Precise detailing and ensemble were put under strain by Temirkanov’s fleet tempo for the opening movement, strings a little harried. Even the slow movement was hasty, charm and tenderness at a premium, and the following ‘Gavotte’ was made a meal of. The finale was relentless, and as hard-working and focussed as the Philharmonia Orchestra was, there is more to the music than this, not least wit.

More Prokofiev to follow with Violin Concerto No.2 (something of a staple in the Philharmonia’s recent seasons – Shoji/Temirkanov in June 2010, Suwanai/Sokhiev a few months later and Repin/Maazel last December). Vilde Frang opened with soulful expression, the first movement made rather volatile. She played with easeful technique and just the right amount of emotional edge and stabbing attack. Not everything quite came off in the accompaniment, though, and although Frang made something affecting of the Andante assai, generously if simply songful, later contrasting sections moved along a little impatiently. The finale was ideally paced, in measured steps, allowing Frang plenty of gutsy incident, and the orchestra occasional shadows and spectres. Unfortunately, the very ending was messy. Encores are too easily given these days, and Frang carried on the Prokofievian mood (no respite) with a reprise of her Proms extra this season (following Bruch No.1), a folksy dance, played deftly, entitled ‘Veslefrikk’ from Fairy Tale Suite by Frang’s fellow-Norwegian Bjarne Brustad (1895-1978).

Expectations were high for the Rachmaninov; after all, Temirkanov had conducted a marvellous outing for another Second Symphony, Sibelius’s, just a few months ago with the Philharmonia. The Russian’s essay started impressively, deep and rich in sound, yearning in expression, and Jill Crowther’s cor anglais solo was something to wonder at. Throughout the first movement Temirkanov was the master of the work’s expanse and flexibility, teasing out the exposition, and it would have been no hardship to have gone through it a second time so personal was the phrasing. But it was straight into the development for something dramatic, dark and tempestuous, maybe at odds with what had gone before and with what would be recapitulated, but it was thrilling … then, come the coda, Temirkanov joined those conductors that cannot trust Rachmaninov’s ‘solo’ double basses as the final sound, and Andrew Smith certainly let us know about this unsolicited timpani note! After this, things were not so good. The scherzo, while rhythmically exact, lacked for festivity, and was anyway sabotaged by the conductor making a substantial cut later in the movement – an unenlightened decision and a reminder of the bad old days of performing this work. Suggestions of nibbles at the remaining two movements may have been no more than hinted at, the slow one enjoying a seductive clarinet solo by Richard Hosford, Temirkanov securing a lyrical outpouring, if purple prose at times, and with notable contributions from horn, violin, flute and clarinet, and then the finale was rushed and matter of fact, save for some glorious moments, but timpani and percussion were no better than noisy in the rampaging coda, the rest of the Philharmonia brushed aside; Temirkanov didn’t visually encourage such imbalance but he didn’t seem worried about it either.