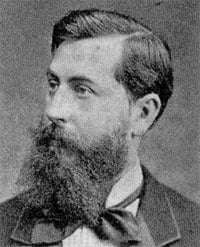 For a while now the Orchestra of the Age of Enlightenment has been pushing the boundaries of the music that it plays. With this performance, very much a ‘full’ symphony orchestra in terms of personnel (16 each of first and second violins, antiphonal of course, and the rest of the strings in just proportion) and with all the tonal characteristics that instruments of yesteryear so gratefully yield, this particular foray was a great success. Not only was the playing full of character and enjoyment but the sounds made – even to virtual non-vibrato – had a rightness and sparkle about them that was easily distinguishable from the ‘modern’ equivalent as well giving a natural balance and blend that avoided brass and percussion domination and fortissimo harshness.

It’s also a commentary of the times that such pleasure-giving music as Delibes’s score for Coppélia is now so overlooked (save for ballet performances, of course). From the opening timpani roll it was clear that the OAE and Vladimir Jurowski were fully relishing Delibes’s brilliant invention; they swung into the great ‘Mazurka’ with foot-tapping zest and the rest of the suite was brought off with sensitivity and joie de vivre: delicious music brought off with full appreciation and scintillation.

Tchaikovsky greatly admired Delibes’s music and extended the Frenchman’s achievement (already well-known in Russia) by contributing his own notable scores for ballet productions; masterpieces, of course – Swan Lake, The Sleeping Beauty and The Nutcracker. From the first of these, Act Four concluded this concert. This isn’t the best of the music, a sort of rounding-off (although there are reminiscences of earlier ‘highlights’), but it brought a resounding conclusion to the evening even if Jurowski did push ahead somewhat albeit with no lack of emotional amplitude.

The juxtaposition of Adolphe Adam’s music for Giselle with that of Tchaikovsky’s for Swan Lake pointed to the difference between music that is pleasing and well-crafted and that which is great. Not that Act Two of Giselle is anything less than likeable and skilfully written and, in its time, groundbreaking. The novelty was that this was the first time that this particular part of Giselle was being heard as Adam intended; for even on the first night – as far back as 28 June 1841 – Adam’s score was interpolated by a ‘pas de deux’ composed by Burgmuller and, later, when played in Russia, Minkus amended and re-scored the music. Such corruption was accepted for many decades and even though ballet-performances since 1971 have been aware of Adam’s original it is not until recently that Adam’s manuscript has been examined and several minutes of additional music discovered. 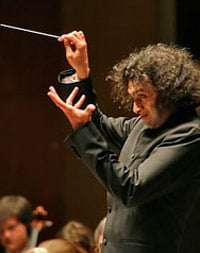 Quite why Minkus should wish to re-orchestrate Adam’s work is bewildering for, as played here, it lacks nothing in colour and transparency, Adam resourcefully using a large orchestra including harp, cornets, ophicleide (a sort of tuba, the OAE supplies the real thing of course!) and five percussionists (including off-stage bells), the timpanist required to play a roll with his fingers hidden under a (lilac-coloured) cloth. Such attention to detail, plus the unmistakable sense of narrative that the music evokes, is enough to suggest the dedication that Adam brought to the task, placing the sounds from the pit as equal to the choreography. It’s just that the music itself, however unfailingly attractive it is, doesn’t quite have the distinction to sustain 40 minutes; those moments that do tend to remind of Rossini (with even a couple of crescendos associated with the latter composer), yet Adam’s invention – beguiling, genteel, frivolous even, yet with moments of real pathos, and a fizzing fugue – could not have been better realised than here. The only real disappointment was that no microphones were present, but maybe Jurowski and the OAE will go on to record Giselle complete and as Adam intended.

Earlier Alexander Rudin had played another piece ‘interfered’ with, although it could be argued that Wilhelm Fitzenhagen (the cellist for whom the Rococo Variations was written) found a more appealing sequence than did the composer himself (it was Fitzenhagen’s version that was first published rather than Tchaikovsky’s, the latter waiting until 2004). Nevertheless when played with the plangent tone (gut strings no doubt) that Rudin beguiled the ear with here – his unforced momentum was a further delight, as were his chromatic runs – then even the copious cadenzas seemed to have their place, the music (Tchaikovsky at his most gallant) fitting in ideally to ‘a night at the ballet’.

This was a generously planned, starting-at-7 concert – and even though the OAE and Jurowski were also due on “The Night Shift” (playing Act Four of Swan Lake again as well as Tchaikovsky’s Romeo and Juliet) at 10 p.m., Rudin further offered the Andante cantabile from Tchaikovsky’s String Quartet No.1 (in the composer’s version for cello and strings) – given a flowing, lightly touched if loving reading – and, last of all, an excerpt from Act Two of Swan Lake, with Marieke Blankestijn featured in the violin solos (one shouldn’t forget Thomas Dunn’s viola contributions in Giselle), not an isolated encore but music that Tchaikovsky refashioned from his abandoned opera “Undine”. All in all, this was a fabulous – and ‘revealing’ – concert.