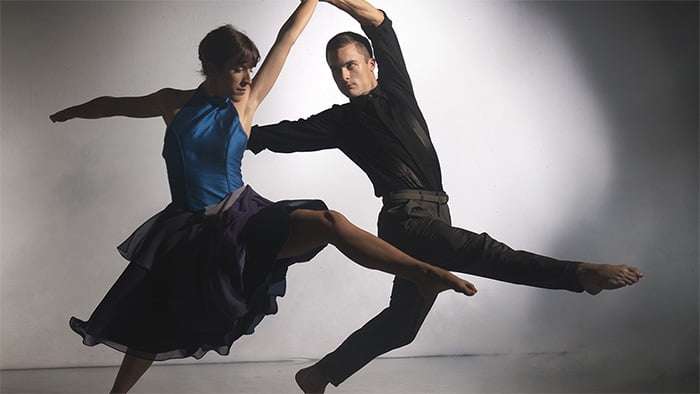 Richard Alston is the real thing: many claim to be choreographers but few are makers of dance. In his eponymous company’s Sadler’s Wells season, three of the four works on show are by him, and while it is relatively easy to identify them as ‘Alston’, with his trademark Merce Cunningham-influenced use of the body and arms, they show a true master of his craft, reacting to an eclectic choice of music with characteristic individuality. Making up the quartet is a new work by Martin Lawrence, a company associate, increasingly playing Jerome Robbins to Alston’s George Balanchine, a complement rather than a rival.

Tango is a musical and dance from seemingly irresistible to choreographers, from Hans van Manen’s tepid Five Tangos to Paul Taylor’s superb Piazzolla Caldera. Martin Lawrance has given in to the siren-call of the form and created Tangent whose success lies principally in the choice of Piazzolla’s piano work Las Cuatro Estaciones Perteñas, excitingly and incisively played by Jason Ridgway. The four seasons give the dance work its structure – the eight dancers dance together or generally in pairs, subtly evoking the attributes associated with the different times of the year through the prism of tango references and the choreographer’s own resolutely contemporary style. 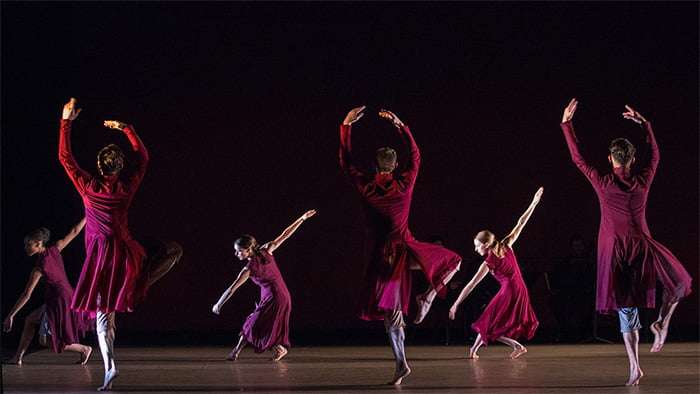 If there is a criticism, the work is somewhat cool and sexless, and something of a disappointment given the tango setting. However, Alston’s dancers are nothing less than superb, a tight ensemble of real individuals and personalities who also manage to fuse into a true company, their physical differences bringing pleasing gradations of movement quality and weight. The jewel in the company’s dancing crown is perhaps Liam Riddick, an artist of remarkable focus and an almost uncanny musicality, which sees him phrase whatever his movement may be with an uncommonly natural quality. In Tangent, his ‘Winter’ duet with the impressive Olhana Vesga Bujan was a true highlight.

The trio of Alston works was a disparate as possible, starting with Glint, an addition to the programme, and a work recently created for the second year students of Rambert School of Ballet and Contemporary Dance. What a thrill for these young dancers to appear on the famous stage of Sadler’s Wells, so all praise to them for an impassioned performance on their part, of a complicated piece using John Cage’s Second Construction for Percussion. Alston challenges the dancers with intricate patterns and ensemble work, as well as demanding great control in slow movement and pose. A pity that the unattributed costumes of three bands of solid colours split up the dancers’ bodies in an unflattering manner. 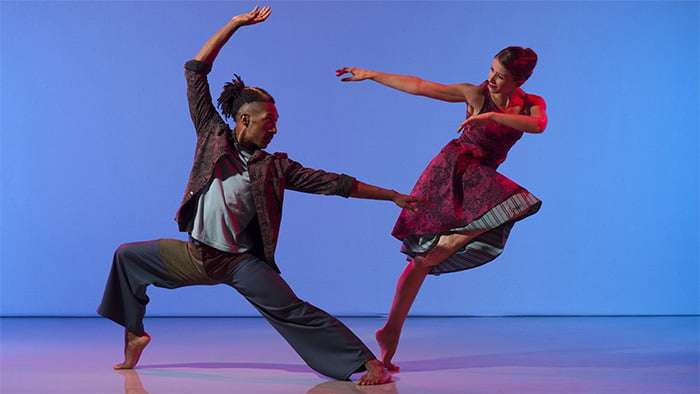 Dating from 2004 Gypsy Mixture is one of Alston’s most popular works, an irresistible creation to a selection of numbers from Elecetric Gypsyland, a fusion of Balkan gypsy music and techno. Alston introduces vernacular movement into this work with brilliant judgment – a shimmy here, a hip-swivel there – just enough to add a folk tang to his usual movement palette. The ten dancers respond with verve and evident enjoyment, from the fleet-footed Riddick to the quicksilver Nicholas Bodych, the weightier quality of Ihsaan de Banya to the lyricism of slim James Muller. The work is not without shadow – the history and fate of Balkan gypsies is not a happy one – so that amidst the exuberance of the majority of the sections, Alston introduces introspection and sadness.

Chacony is now a two-section work, the baroque-inspired grace and proportion inspired by Britten’s arrangement of Purcell now followed by the former’s own ‘Chacony’, the dancers now divested of their frock-coat and waistcoat-inspired costumes to appear in plain tops and calf-length loose trousers for the men, shift dresses for the women. In the first section, the patterns are formal, the movement stately, eyes often raised; in the second, dancers often look down, eyes are briefly shielded, the movement looser, more organic. It is a juxtaposition of brilliance, Alston’s style apparent in both, but subtle changes effected to produce entirely different effects. Brilliant too the work’s resolution: the choreographer hears hope in the final chords after the despair, so the cast assume a formal grouping from the first section before walking away and then slowly back as it ends.

Richard Alston is unaffected and unassuming, but he continues to bring genuine joy to the serious dance-goer, a man of the theatre who never compromises his relationship with his music and his dancers. He could not be better served than the artists of his company.