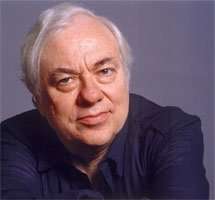 Public recitals for piano duet or two pianos are few: understandable, perhaps, in repertoire that often evinces a didactic function. Yet when the emergent music is projected without loss of inner conviction, then the actual performances can take on a hitherto unsuspected levels of intensity. Such was the case with this recital from Richard Goode and Jonathan Biss.

It helped that the programme had been so effectively arranged, with each half ending in an undoubted masterpiece for its medium. Schubert got the evening off to an enthralling start with his A minor Allegro (1828) – the most impulsive and demonstrative of all his works for piano duet (Anthony Burton’s programme note raised the intriguing possibility of its bring a sketch for a symphonic first movement – has it been transcribed thus?). Goode and Biss spared nothing in emotional intensity, while ensuring the music’s intricate textures and probing harmonies were never obscured. After this, Schumann’s canonic Etudes (1845) might easily have been underwhelming, but heard in Debussy’s restrained and lucid transcription (1891), they yielded undoubted poise – Schumann’s hard-won contrapuntal fluency more gratefully underlined than could ever be possible on the awkward hybrid that was the pedal-piano.

In the case of Stravinsky’s last ballet Agon (1957), the loss arises in some of his most astringent and characterful orchestration; yet, as so often, rhythm is the raison d’être of his music – and being able to savour the increasingly stark yet elaborate interplay of these twelve dances is hardly to be passed over. In so teasing out the work’s myriad subtleties, Goode and Biss ensured that this was anything but a functional arrangement – and with the retention of castanets in ‘Bransle Gay’ making their mark almost as a ‘click-track’ maintaining order in the face of an inscrutable rhythmic punning.

The first half had concluded with Beethoven’s own transcription of his Grosse Fuge (1826) – one of his most intensive such arrangements (as the belatedly rediscovered manuscript confirms) and, as given here, one of his most impressive. Much of its impact here stemmed from these players’ almost intuitive grasp of the ‘give and take’ necessary to bring off such a confrontational rendering of this most challenging of masterpieces (originally for string quartet). Right from the imperious ‘Overtura’, one sensed an interpretative trajectory that drew together the combative Allegro, the soulful Meno mosso, the fantasy of the Allegro molto and the motivic reconfiguring of the coda such that they unfolded in an unstoppable sweep. Put another way, few hearing the piece for the first time in this version would suspect it was not the original instrumentation: a true fête of inspired musicianship and execution.

Ending the recital with Debussy’s En blanc et noir (1915) might have risked understatement, were it not that this two-piano triptych is the most exploratory of its composer’s late works in rhythm and texture: much of what Bartók and Stravinsky, even Messiaen, went on to achieve would be unlikely without it. If Goode and Biss seemed just a little inhibited in the opening piece – with its fatalistic, Goya-inspired musings – then the central evocation of national and also cultural conflict was properly unnerving, while the closing scherzo scintillated in its unblinking clarity and lightly-inflected energy.

A fitting conclusion to a recital which is certain to prove a highlight of the year’s music-making in London. Should Goode and Biss continue their partnership, then a programme featuring the Beethoven and Debussy – together with Mozart’s Adagio and Fugue, Stravinsky’s Concerto for Two Pianos and, above all, Busoni’s Fantasia Contrappuntistica – would make for an evening no less unmissable.