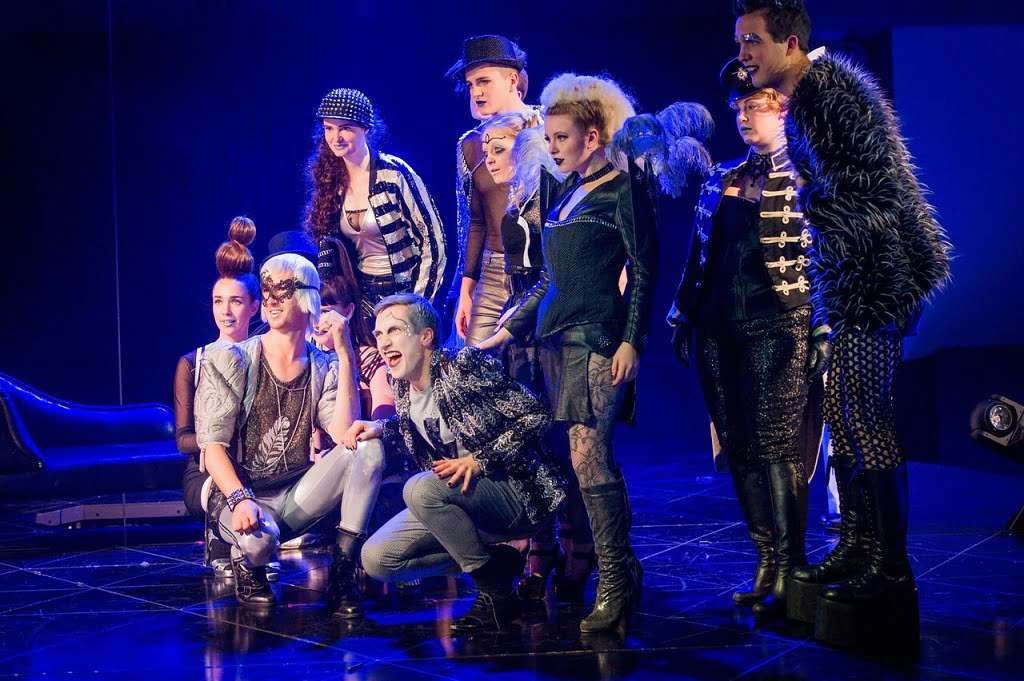 Whilst its theatre on the Marylebone Road undergoes refurbishment, Royal Academy Opera is decamping to other venues across the capital, on this occasion taking in Hackney’s Round Chapel for a wonderfully audacious production of Handel’s Alcina. The chapel is really apsidal rather than circular, but it still allows the stage to come forwards among the audience seated in the gallery surrounding it.

With its high, shallow-curved vault, the auditorium provides a sumptuous acoustic for this superb young cast to project a bustling interpretation of one of Handel’s most magical scores. And with some cuts made to reduce the opera to two Acts instead of three, the role of Oberto entirely jettisoned, and comparatively little recitative, the drama is more concise and focused as a result.

Iain Ledingham directs a compelling and urgent account which makes Handelian opera seria speak with much impact. The Royal Academy Sinfonia was consistently robust, only occasionally flagging in intonation, or in tension such as with a fairly relaxed reading of Ruggiero’s ‘La bocca vaga’. As though to redress that, particularly impressive was the momentum built up in the second half of the opera towards Ruggiero’s climactic and triumphant ‘Stà nell’ Ircana’ as he breaks Alcina’s spell over him through finding his way back to his sincerer and purer love for Bradamante. 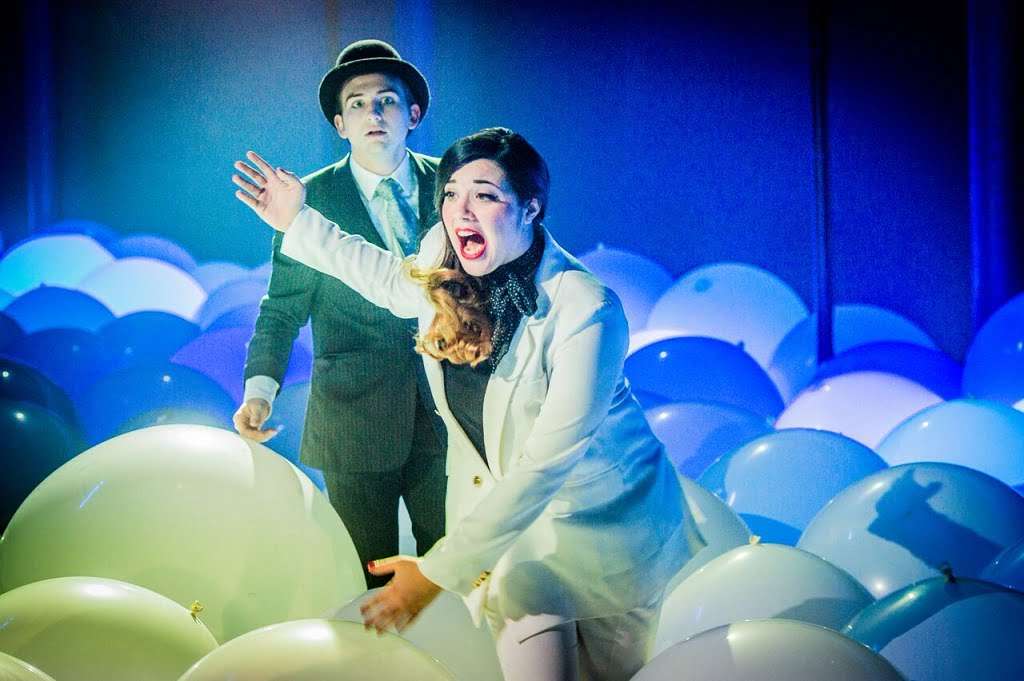 Olivia Fuchs’s production conspicuously avoids the potential dangers of a dramatic presentation in the round – that is, having the whole stage exposed without recourse to side wings or a backstage to facilitate scene changes, and subjecting the characters to close scrutiny by the audience. The staging is simple but effective, with Alcina and her cohort as sinisterly glamorous Goths who use the power of drugs and alcohol to lure their amorous prey to their exploitative ends. Curious passers-by, such as Ruggiero, cross a threshold of huge balloons to that enchanted island, which suggests the fragile, insubstantial basis upon which Alcina’s realm of hedonism ultimately rests. The open stage even advances this facet of the drama, for example by having Alcina’s transformed beasts appear from under the floor during Oronte’s aria in the second part as a chilling reminder of what his obsession with Alcina’s sister, Morgana, may lead him towards if he fails to exert self-control.

Carrie Ann Williams’s Alcina and Ilona Revloskaya’s Morgana were vocally alluring – the latter as a supple, virtuosic soubrette-like figure who did justice to the coloratura of ‘Tornami a vagheggiar’, and the former capturing a wide expressive range with masterly tonal control. Her ‘Ah! Mio cor’ and ‘Ombre pallide’ were not merely discrete exercises in technical agility, but spellbinding dramatic scenas in their own right, enhancing the overall thrilling pace of this production. 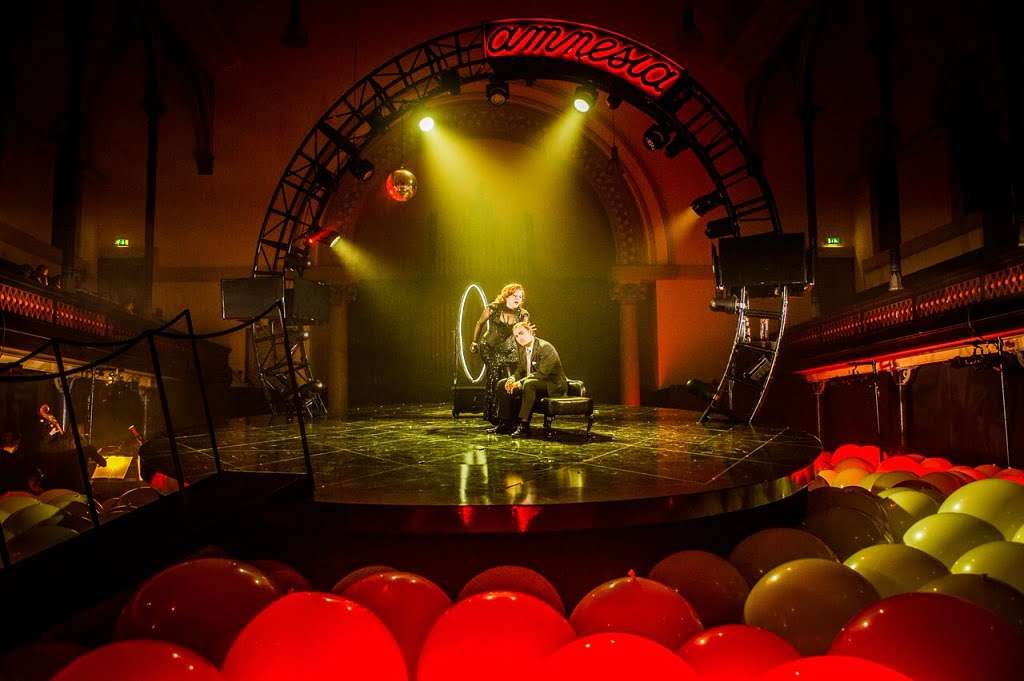 Patrick Terry’s unusually crisp and liquid tone at a high pitch, even for a countertenor, made for an impressive realisation of Ruggiero, in the throes of infatuated pleasure on Alcina’s island. He is surely a singer to watch in other roles written for the great castratos such as Senesino, Carestini and Farinelli. As his faithful lover, Bradamante, Marvic Monreal gave a richly steady account, just as Nicholas Moog provided a solid performance as Ruggiero’s mentor Melisso, exuding the sort of stern authority required to bring that deluded lover back to his senses, but perhaps sometimes obscuring the clarity of his timbre. In an unusual instance of a tenor role in a Baroque opera, Alexander Aldren as Oronte combined both a strenuous and lyrical quality without sounding strained.

From any point of view this is a highly commendable presentation from a talented group of musicians that would do London’s major opera houses proud. As it is, Handelians will be delighted by this production of one of his most captivating stage-works and opera-goers equally enchanted in a performing venue that is used imaginatively.