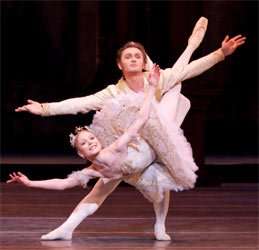 This was more like it: the Royal Ballet, at The Royal Opera House, dancing its signature ballet (the 819th performance at the ROH no less!) with confidence, style and aplomb – all was well with the world and God was in His heaven. Not that such an experience is always assured by the company, so it was doubly welcome to see what is, after all, one of the world’s great companies performing at the top of its form.

The Sleeping Beauty has been the company’s totemic work since the now-legendary 1946 production which re-opened the Royal Opera House, Aurora-like, from its wartime slumbers (it had been a Mecca dance hall). That was at a time when Covent Garden had no opera company, and Ninette de Valois’s troupe, in the ascendant, were asked to move from the Sadler’s Wells to add lustre to Floral Street.

The Oliver Messel production did the job nicely, providing luxury and fantasy in those dark post-war days, and giving London society an excuse to get the jewels out of the safe and the furs out of storage. The same production wowed New York in the equally legendary first US tour undertaken by the company in 1949, and it is the designs for that production which have been (partially) re-created for this present incarnation.

Let it be said that the choreographic text used by The Royal Ballet is probably the most authentic and satisfying in existence, tracing as it does a clear line to the Petipa original, with the addition of extra felicities by Frederick Ashton, and now, alas, an underpowered Act I Garland Dance from Christopher Wheeldon. 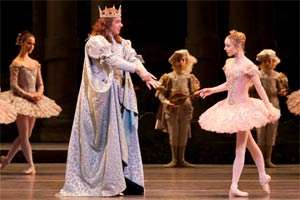 For this revival, the company has been rigorously rehearsed. Ensembles were crisp, musically and stylistically coherent and performed with the requisite joie de la danse: the Lilac Fairy’s attendants and the six fairies’ cavaliers were impressive in the Prologue, setting the standard for the rest of the evening. That Prologue is notable for the succession of fairy variations, a set of choreographic jewels which are set to sparkle. Again, individual performance of note contributed to the impression of the whole: Yuhui Choe’s first variation, all sinuous arms and pliant back, a model of musicality; Helen Crawford, unhurried and elegant in attitude and balance; Iohna Loots’s twittering fourth, hands and feet a-flutter and Laura Morera, a wilful and playful fifth ‘finger’ variation, musical to her very core, and unafraid to dance within the music.

Crowning it all was Marianela Nuñez’s Lilac Fairy, who smiled her way through her fiendish variation and who, for the whole evening, radiated the love and benevolence required by the role. She moves with an astonishing naturalness, every movement easy and seemingly spontaneous. She also judged perfectly the flashes of steel behind the fairy façade: her dismissal of Genesia Rosato’s sexily dangerous Carabosse showed who was really in charge. Her mime, and indeed that of the whole company, was clear and unexaggerated, with the exception of Alastair Marriott’s preening drag-queen Master of Ceremonies, Catalabutte: gone the dignity of Leslie Edwards and in its place the fluttering foppishness of a Cage aux Folles wannabee. Enough is enough. 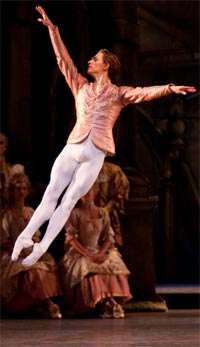 Act Three brings its own sequence of dances, and here The Royal Ballet brought out its big guns: Sergei Polunin as Florestan sailing through Ashton’s delightful choreography with both technical brilliance and a not-one-hair-out-of-place insouciance. He was more than ably book-ended by Samantha Raine and Helen Crawford, the latter particularly noteworthy for her ballon and fearless attack in Sir Frederick’s fiendish changes of direction.

The most difficult pas de deux is not that for Aurora and Florimund, but that for Florine and the Bluebird. Laura Morera danced as to the manner born, musicality and technique ablaze. In most circumstances she would have been the show-stopper, but here Steven McRae, newly promoted to principal status, delivered quite simply the finest Bluebird I have seen – a colleague remarked to me that in over 50 years of ballet-going, she had never seen the brisés voles in the coda done so well – and indeed McRae’s fluttering feet, like hummingbirds in flight, were utterly astonishing. 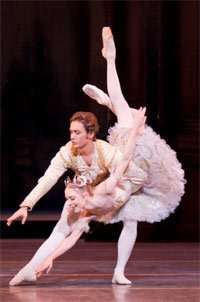 That leaves the central couple. Ivan Putrov is a fine classical dancer, whose somewhat reticent stage personality suits the initial melancholy of the Prince in the Act Two Hunting Scene; he is less good at the prince-in-love aspect, and in terms of his dancing, he allows his determination to make an ‘effect’ be seen. In the Act Three Grand Pas, his solo was victim to his desire to ‘show off’ when the finest princes are a model of understatement and classical purity. Putrov was good (he has beautiful line) but not quite on a par with what was going on around him.

And so to Aurora. Sarah Lamb is happily returned from long absence due to injury; she is a petite dancer, with hair of spun gold, with the looks of a music box ballerina. There was so much to admire in her performance once understandable nerves had subsided; her Rose Adage was impressive, balances admittedly quickly taken, and in the subsequent solo there was much to commend. Again, in the Vision Scene, her (Ashton) solo was nicely done and in Act Three, flashes of technical brilliance were often apparent.

And yet, and yet… I missed the change in Aurora, the journey from excited sixteen year-old to expressionless vision and, finally, princess triumphant. But for me, the biggest obstacle at present to Lamb’s being a great Aurora is, on evidence of this performance, a rather shaky musicality, which meant that the choreography was not always showcased as it could or indeed should be: it should literally inhabit the music, and at present Lamb lays it on top. All the same, it feels churlish to comment negatively on a performance which gave so much pleasure.

I have been criticised for being somewhat ‘down’ on the Opera House Orchestra when they play for the ballet, so it gives me (and no doubt those who have made their feeling known) the greatest of pleasures to be able to report that their playing under Valeriy Ovsyanikov’s judicious baton was excellent. Tempos were well judged and the satisfying swell of Tchaikovsky’s scoring duly delivered; indeed, Ovsyanikov subtly highlighted elements of orchestration which often remain unheard. All praise also to Concert Master Peter Manning for his juicy solos.

In The Sleeping Beauty The Royal Ballet has shown how well it can dance. It remains to be seen if the company possesses the sufficient depth to ensure similar standards with all of the many casts on offer.