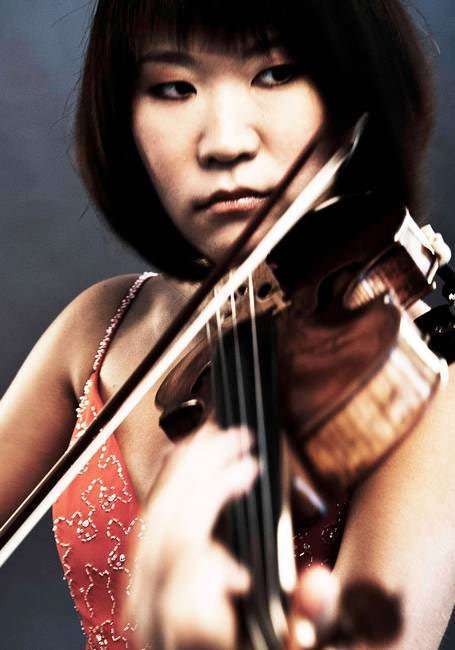 Following an imposing and individual account – trenchant and thrilling (if with too polite timpani) – of the Overture taken from Beethoven’s music for Egmont, and reminding of what a creative conductor Cristian Mandeal is, Tianwa Yang made her UK debut with Brahms’s Violin Concerto.

She has already made several recordings for Naxos, including albums devoted to Rihm, Sarasate and Ysaÿe, and this was my first opportunity to hear her. Mandeal and the RPO opened the Concerto with promise and gave a smart and attentive accompaniment throughout. For her part, Tianwa Yang played with confidence, feistiness, a wide dynamic range, bright tone, was soulful and sweet in lyrical passages, and brought much poise, energy and pizzazz to those demanding passages that are sometimes said to be written “against” the violin. Popular and oft-played though this work is, it still has to be mastered by each of its performers: Tianwa Wang has done so and she also made a great deal of Joseph Joachim’s first-movement cadenza: given with plenty of heat and fantasy. The slow movement, launched by John Roberts’s eloquent oboe solo, might have flowed a little more for it became just a little ‘sticky’, and the finale, if well judged in tempo, was somewhat pressured and lacked playfulness in its last measures. Nevertheless, this was impressive overall, the sort of performance that makes Tianwa Yang a ‘one to follow’ artist. 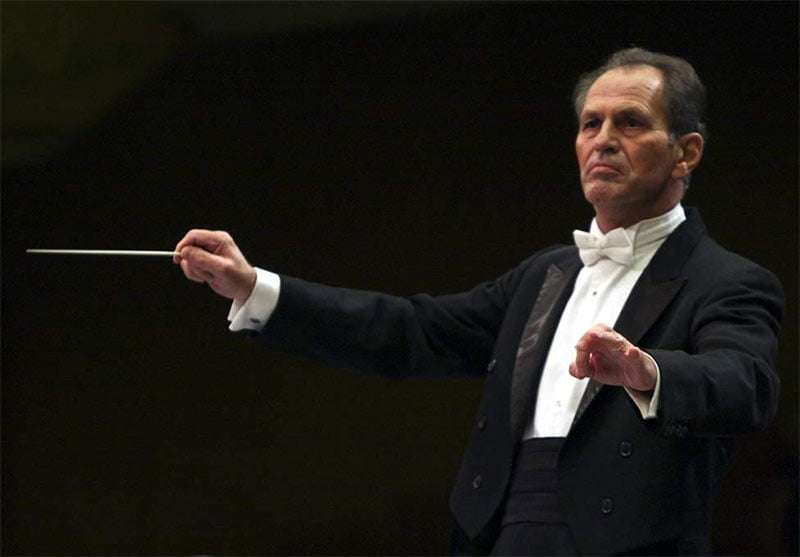 And it was not long before she gave us something else, a generous encore in the form of the Third of Eugène Ysaÿe’s Six Sonatas that make up his Opus 27, all composed in 1923. Ysaÿe (1858-1931) was one of the outstanding violinists of his day. His Sonatas for the instrument are hugely challenging and each one is dedicated to a colleague. Tianwa Yang played the single-movement No.3 (‘Ballade’), dedicated to George Enescu. It’s a remarkable piece, reminding of Bartók. Tianwa Yang (she’s recorded all six pieces) gave a stunning performance, musicianship and technical accomplishment happily married.

Sadly, César Franck’s Symphony in D minor (completed in 1888) has fallen off the radar somewhat, both in terms of recording and certainly in the concert-hall. It deserves far better, for it is a piece of strong ideas and an ingenious – cyclical – design. There was a time when a new version seemed monthly, conductors such as Ansermet, Barbirolli, Bernstein, Boult, Giulini, Karajan, Klemperer, Maazel, Monteux, Paray, Ormandy and Silvestri (et al) keen to take it into the studio.

Clearly Mandeal (born in Romania in 1946) holds Franck’s Symphony in high esteem. He conducted it from memory and moreover dug deep into the music’s fervent beauty (the RPO’s strings were wonderfully silky at the outset) and powerful outreach (although sometimes the searing, brass-dominated climaxes were too much for the compact Cadogan Hall). Poor old Franck (like Ysaÿe, born in Liège): he is often portrayed as writing dry music in a dusty organ loft surrounded by music theses, but his (sole) Symphony is an impassioned and imaginative affair – think of the striking change of colours in the second movement (which serves as both ‘slow’ and lace-effect ‘scherzo’) by his only now introducing a cor anglais and a harp, and the uplift of the exuberant and triumphant finale. Cristian Mandeal (long overdue a return to London, although followers of the Hallé will be more familiar with him) together with a very responsive RPO gave Franck’s Symphony a splendid showcase.