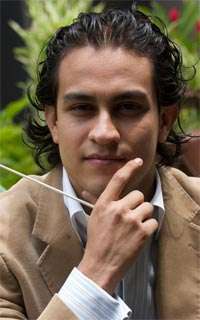 17 January 2011 – Royal Festival Hall: Diego Matheuz replaces Charles Dutoit at short notice for a Royal Philharmonic Orchestra concert – Matheuz won’t become famous overnight with this gig (which was neither broadcast nor recorded), although if you’ve already been noticed by Claudio Abbado and Simon Rattle, replaced Antonio Pappano, and Seiji Ozawa has you booked for the Saito Kinen Orchestra, then things aren’t going too badly.

Violinist and conductor, 26-year-old Matheuz is from – guess where – yes, Venezuela, and is a “product” of El Sistema (the quoted word is suggestive of conveyer-belts). His rather angular conducting style seems clear enough, although the occasional hesitancy in the RPO’s response and a ragged final chord to end Pictures indicated some vagueness. The Berlioz started promisingly with a poetic cor anglais solo from Leila Ward, the RPO’s strings telling of a sunny, balmy day. The faster carnival music, however well pointed it was, lacked vitality and variegation, and at the finish the cornets’ and trumpets’ trill was fuzzy, the final chord then blaring and abruptly cut-off. 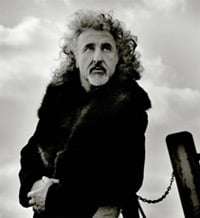 The RPO and Matheuz offered a straightforward if generally rather bland accompaniment to Mischa Maisky for Dvořák’s magisterial Cello Concerto, which fell short of the required collaboration, although some of the wind-playing was rather wonderful, not least Laurence Davies’s smooth and expressive horn solo. Maisky attacked notes with a gutsy bow, often smudging them or letting them run away, abandoned. Such unremitting intensity soon lost appeal and a lack of technical poise only underlined Maisky’s unkempt approach. His quieter playing at least offered some respite and was less pressured; consequently the slow movement, taken at a convincingly flowing tempo, was the highlight of the performance, and the finale’s reflective epilogue also found Maisky gently musing to advantage.

Charles Dutoit (the RPO’s Artistic Director and Principal Conductor) was due to conduct Stravinsky’s Petrushka – in the extravagant 1911 original scoring (relatively rare, the 1947 edition is usually favoured). The ubiquitous Pictures at an Exhibition (in the equally customary orchestration by Maurice Ravel) was offered in its place in a performance that lacked that last degree of distinction and fell short in characterisation and atmosphere – not sufficiently painterly! There were good things, though, not least a proudly summoning trumpet solo from Brian Thomson, and a sultrily seductive saxophone contribution from Martin Robertson in ‘The Old Castle’, Matheuz’s spacious tempo working a treat. ‘Bydlo’ was a suitably lugubrious trudge, if too loud too early, and blessed with Becky Smith’s flawless euphonium mantra. Tempos were usually well-judged, on the side of the players to give them time to shape and place without pressure, but there were some dispiriting effects, too, such as the gratuitously battering timpani in ‘The Hut on Fowl’s Legs’, and in the closing bars of ‘The Great Gate of Kiev’ (otherwise an astutely crafted solemn sighting) four trumpets and, in particular, four trombones (despite Ravel asking for three of each) became horribly loud and crudely dominated the rest of the orchestra. At certain points some of the string-players (when not occupied with their instruments) placed fingers in their ears – something is blatantly wrong when this happens.