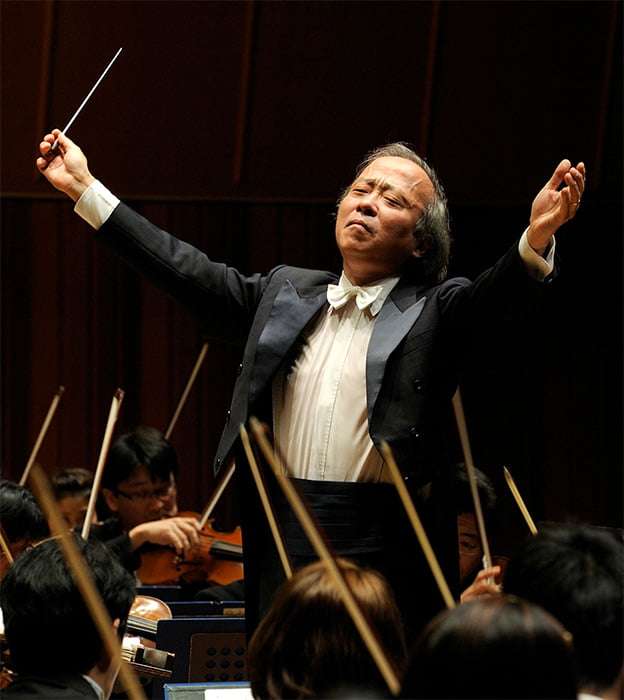 Of all conductors from the Far East who have made an impact in the United Kingdom, none has had a greater success in British music, alongside the international repertoire, than Tadaaki Otaka, whose years at the BBC National Orchestra of Wales demonstrated his deep sympathy with, and affection for, such music. So it was with keen interest that one looked forward to this compelling programme, with two English works surrounding Tchaikovsky’s G-major Piano Concerto with John Lill.

Otaka’s grasp of Elgar is total – which is saying something, for those who remember his fine accounts of the A-flat Symphony in particular – and his direction of Froissart (not one of Elgar’s flawless masterpieces) so captured the essence of this work that its qualities were clearly and cleverly brought out. Indeed, this was a performance of no little stature in which architecture and atmosphere were perfectly equated. In Otaka’s reading one remained astonished at the composer’s masterful command of the orchestra and of his control of a relatively lengthy time span – for, be it remembered, this was the entirely self-taught Elgar’s first orchestral work. Froissart has everything, except thematic memorability – for that was to come in his next work, the Serenade for Strings. This interpretation consistently held the attention – raising Froissart to the stature of a symphonic poem.

Tchaikovsky’s G-major Piano Concerto would be more highly regarded had it not been overshadowed by the melodic power of the B-flat minor, but like so many of his works, the composer’s structural originality has often been used, especially in discussing merely adequate performances, as a reason to criticise his work. It is only in recent decades that Concerto No.2 has come to be recognised as a remarkably unique masterpiece, and if one wished to hear an account for the first time which reveals every aspect of the composer’s genius in the work, it would be this one. 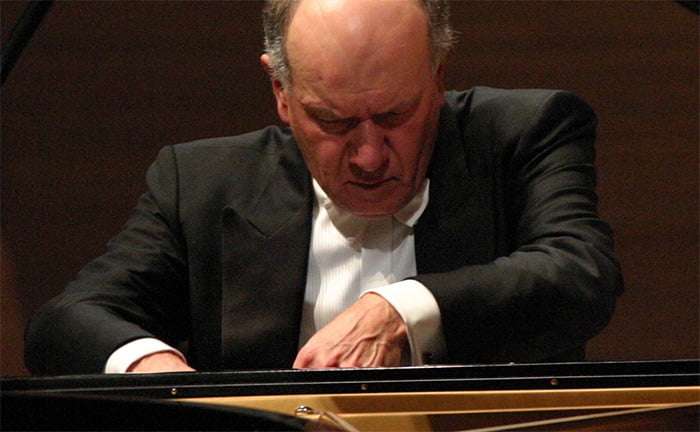 John Lill is without question one of the finest living pianists, and his account of the solo part was of outstanding quality, underpinned at all times by a classical restraint, a quality that does not come amiss in times of self-indulgent performances of Tchaikovsky. But Lill’s restraint does not abjure a wondrous combination of the sensitive and muscular, with a deep sense of poetry and much subtlety of nuance and touch. As just one example, his pianissimo entry at the second cadenza in the first movement was breathtakingly seamless, so subtle that one had to convince oneself that the orchestra had finished playing and the piano had entered.

Such musicianship betokened a majestic and poetic rapport between soloist and conductor (they have collaborated in recording Rachmaninov’s five works for piano and orchestra), the whole a totally coherent and disciplined conception – especially in the slow movement (the original version, thankfully, was followed throughout), wherein the solos from leader Duncan Riddell and cellist Richard Hardwood wove Tchaikovsky’s spells completely unaffectedly, the phrase-shaping of all three soloists wholly refined. In the Finale, Lill’s technical excellence and total command carried all before it, never falling into the trap of gee-whiz virtuosity, wonderfully partnered throughout by conductor and orchestra.

Otaka has also given many fine accounts of William Walton’s music. The main difficulty in assessing the First Symphony (1935, given an erroneous opus number in the programme) for the conductor is gauging the tempo for the first movement – Allegro assai it may be marked, but the pulse has to permit details of the opening oboe phrase and the little descending answering bass motif (which assumes such importance) to be heard and to give their voice without nervousness – a characteristic of too fast a pace. One has heard a number of recent readings of this movement taken at a speed akin to that of a Concerto for Orchestra; the solemnity and colossal power Walton exhibits reduced to uncontrolled freneticism. Otaka’s tempo was perfect, and as the music unfurled, one realised that it was a reading born of a personal study of the score, not based upon that of any other conductor. As one example, the climactic moment following the unique ‘comma’ as the first movement approaches the grinding pages before the establishment of the dominant pedal – which can catch so many conductors out – was superbly well-judged, a ‘catching of the breath’ before the sustained power is finally unleashed over the timpani tattoo, and when he came to unleash the anger and, indeed, malice of the second movement, his was not (as so many conductors assume the music to be) a relentless attack on the senses, for the RPO’s occasional lightness of touch provided just the right foil, making the cumulative final impact of the juxtaposition complete.

When the Andante con malinconia began, it was with a natural feeling, almost suggesting relief and beatific contemplation rather than despairing melancholy, with woodwind-playing of very high quality – flautist Emer McDonough and clarinettist Katherine Lacy both displaying superb skill in their expressive playing – the string sections consistently impressive. One might have wished for the Finale to begin almost attacca from the low C-sharp octaves that end the slow movement (as D-flat, they reinforce the B-flat minor root tonality), for as the Maestoso begins, we are in the open air, all introspection gone, looking towards the music’s ultimate triumph. The splendiferous opening was finely judged, in tempo and in balance: this movement (which gave Walton so much trouble) can sound, in less than masterful hands, somewhat piecemeal, but Otaka had it totally within his grasp, revealing it as a wholly organic conception, inexorably building to the powerful extended coda, with a second set of timpani now joining, as well as other percussion (sparingly employed, but to immense effect), so that when those final triumphant unison-octave B-flats sounded, the die was irreversibly cast. A most impressive and wholly convincing performance of one of the greatest Symphonies – a true masterpiece of international and lasting significance.