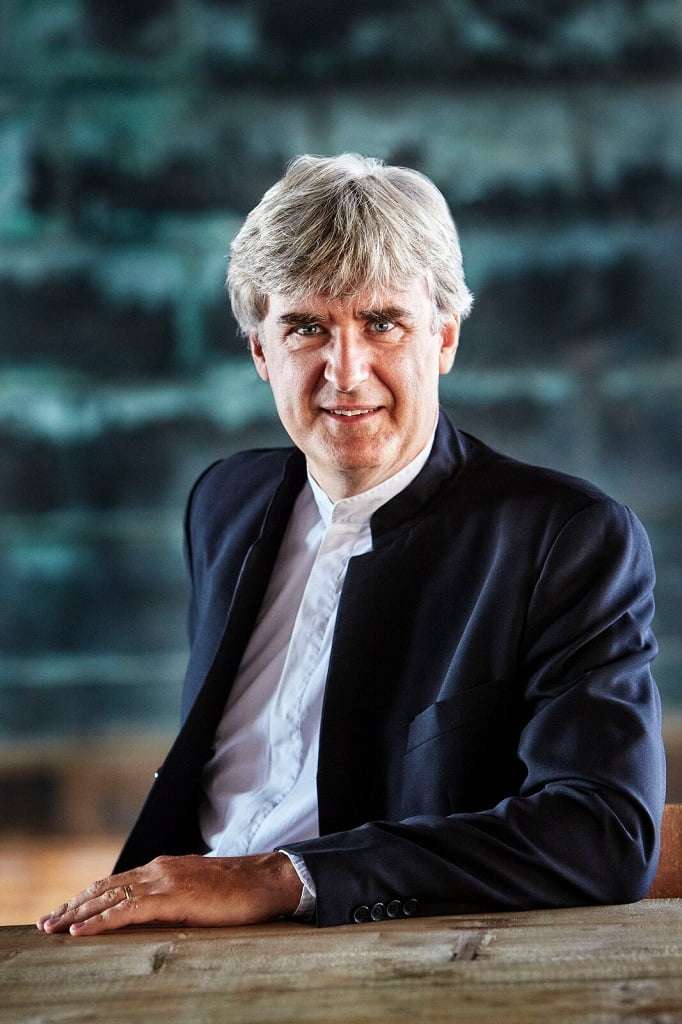 Sixty-five years ago, when your correspondent first began going to concerts reasonably regularly, a programme such as this would have meant a box-office disaster. In 1953, Britten’s opera Peter Grimes, from which the ‘Four Sea Interludes’ are taken, was only eight years old, and better-known through two 78rpm sets, one conducted by Sir Malcolm Sargent, the second by Eduard van Beinum. The technical difficulties these pieces present were then not so readily playable by every orchestra, professional or largely amateur, as they are today.

Elgar’s music was very rarely heard in concert – the Cello Concerto was not a staple of every international soloist’s repertoire (indeed, until Rostropovich burst on the scene a few years later, the cello could hardly be described as a popular solo instrument) – and Rachmaninov’s Symphonic Dances had to wait until 1954 before being performed or broadcast for the first time in the UK, thanks again to Sargent, thirteen years after its premiere in Philadelphia. In any event, in the wake of the shocking ignorance paraded as informed opinion in Grove V, Rachmaninov’s music was disdainfully dismissed by almost every self-respecting national critic at the time.

How times have changed! – and in the case of all the works on this programme by how much has our listening experience and the international repertoire been enhanced during the intervening half-century and more: any self-respecting music-lover today will doubtless know these three works as well as they know their Beethoven and Brahms.

In many ways, this was a programme for the music-lover of today, but I fear that in the realisation of these scores there were rather too many moments when a loaded critical gun could have been handed back in time to the writers of 1953.

Britten’s ‘Four Sea Interludes’ are precisely that – interludes, or mood-pictures – but this account was essentially misconceived by Thomas Dausgaard, whose chose to perform the last three of them attacca, with the result that whilst ‘Sunday Morning’ could conceivably follow ‘Dawn’ without too much of a break, it offers great technical challenges to the orchestra in terms of cross-rhythmic pulses, and to realise the chiaroscuro-like textures demands pointilliste execution. But Dausgaard, despite using a baton, conducted with his baton-less left-hand whilst turning the pages of the score with his right, still holding the baton! It looked ridiculous, as though we were in a public rehearsal, and whilst this fine orchestra coped as well as it might, ensemble suffered.

But no sooner had the worshippers entered the church than it was midnight one second later! No time for dramatic contemplation for this conductor: suddenly, we were thrust into a very different mood, quite well played, if a shade too fast, but even the night-time contemplation could not be savoured before the ‘Storm’ was upon us. In Dausgaard’s hands, there was little sympathy with the inherent drama of each Interlude, lacking the one ingredient Britten’s music needs most of all – the expressive demonstration of genuinely sustained musical invention. In this performance, the ‘Storm’ almost appeared to be a latter-day take on ‘In diesem Wetter’ from Mahler’s Kindertotenlieder – and the gradations of tone, from pp to fff, were none-too-well balanced. 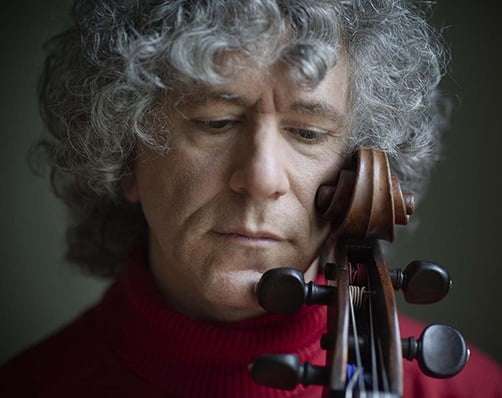 Steven Isserlis is probably the finest living interpreter of Elgar’s Cello Concerto, and from the first bar – although at times, especially in the first two movements, there was a slight tendency to reduce the tempo, his style was gloriously pure, catching the true spirit of this great and serene masterpiece better – I would suggest – than any of his contemporaries. Isserlis’s grasp of this most intimate and restrained of Elgar’s works is total – his masterly technique is more than equal to the unobtrusively severe demands Elgar makes. Dausgaard partnered his soloist well, although it was only from about halfway through the second movement one could truly sense that Isserlis’s mastery had taken the interpretative lead, the RPO thereafter with him at every turn.

But the concluding item, Rachmaninov’s Symphonic Dances, was bitterly disappointing, this conductor’s view of the work once again almost wholly misconceived from start to finish. The first movement, throughout, has three tempo indications – Non allegro, Lento and Tempo primo. No sooner had the opening pages passed by than one began to question seriously if Dausgaard knows what Non allegro means in any language: page after page were far too fast, with this masterly composer’s superfine orchestration being reduced to Rimsky-Korsakov in his most poster-paint style. There was no seamless elision to the wondrous saxophone melody in the Lento passage, the tempo changing this way and that, making nonsense of the word ‘symphonic’ in his title. To cap it all, the subtle reference to the First Symphony (no change in speed indicted in the score) was treated as some kind of blatant emotional blackmail – too loud, too slow, too downright unmusical, and profoundly unsubtle.

The second and third movements were similarly pulled this way and that for no structural or expressive purposes whatsoever. In the Finale, Dausgaard seemed uncertain as to which of the many tempos he used was the most suitable. The result was one thing after another, wholly inorganic, wholly unsymphonic. At least, he observed – with a great dramatic gesture – the surrebounding gong in the final bar, but the interpretative damage had been done.