Programmes don’t come more mainstream than this. The Royal Philharmonic Orchestra has not enjoyed as high a profile as the other London orchestras and has only recently returned to giving concerts at the Royal Festival Hall; and Andrew Litton – despite his time with the Bournemouth Symphony – is hardly a household name. But this excellent concert was a comprehensive jolt, delivered with the kind of collective panache to rekindle the most jaded palette.

The Overture to “Ruslan and Ludmilla” was a fizzing start although there was some imprecision in woodwind and brass chording and was more notable for its vigour than its polish. However as an augury of things to come there was a particularly eloquent playing from the cellos of the ‘big’ tune and some piquant woodwind detail. 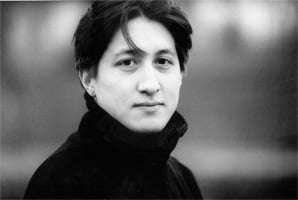 The Tchaikovsky was an absolute barnstormer. Freddy Kempf likes to live dangerously and occasionally comes off the rails, but in this music at least he was well cast. This was the antithesis of those touchy-feely accounts, which one sometimes encounters, not that it was short on sensitivity but there was no doubt from the opening chords that this was what Gerald Hoffnung would have doubtless described, tongue in cheek, as ‘a very, very Grand Concerto’, a real duel between piano and orchestra.

It helped having Litton conducting. An excellent pianist himself, Litton was alert to the soloist in ways which would probably elude many non-pianist conductors. Best of all was the slow movement with fine oboe and solo cello contributions, John Anderson and William Schofield respectively, where Kempf’s mixture of fantasy and virtuosity in the flickering firefly central section paid handsome dividends. The finale, taken at a sensible speed, culminated in an electrifying cascade which would have done credit to Martha Argerich (whom I first heard play this concerto with the RPO and Charles Dutoit on a wet Sunday afternoon at the Swiss Cottage Odeon back in the early 70s).

Best of all was the blazing account of the Rachmaninov symphony, music that Litton has recorded with the RPO. On this occasion although the score was on the conductor’s stand, it remained unopened, Litton devoting himself wholly to the orchestra and eliciting playing of remarkable security and conviction. The symphony was given uncut (although it would have been nice to have had the first movement exposition repeat).

From the work’s sepulchral introduction it was clear that exceptional care was being devoted to the inner string parts and there was an eloquent cor anglais lead into the Allegro moderato which was perhaps more Allegro than moderato (a degree more elbow-room here would not have come amiss). The second subject however was finely prepared, whilst the central climax worked up a formidable head of steam and there was the most touchingly expansive account of the epilogue before the coda. The scherzo, taken well up to speed, positively exploded out the box at the reprise before evaporating in a puff of smoke with a finely controlled decrescendo. The slow movement as ever was the work’s heart, notable not just for Michael Whight’s clarinet solo but also the interplay with Catherine Maguire’s bassoon and, later, the little duet between cor anglais and oboe. The movement’s very ending evoked the kind of breath-less collective hush that happens only very occasionally. The finale – taken none too fast and with a canny pacing of the lingering string theme (Litton has a particular gift for shaping those long lines and finding their jugular) – was distinguished by the patience with which the final build-up was achieved. It was also a special pleasure to hear the Royal Philharmonic’s strings giving such a fine account of themselves.