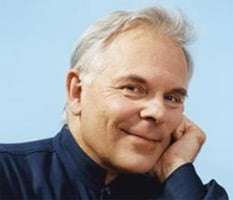 The opportunity to hear Stephen Kovacevich play Schubert ought to guarantee a sell-out crowd, so it was something of a surprise to report a few untaken seats for this BBC Radio 3 Lunchtime Concert. That may have been due to the presence on the programme of music by Toru Takemitsu, though as anyone familiar with the composer can testify, his is an interesting and distinctive voice, stimulating rather than challenging in his use of textures and colours.

Uninterrupted Rest I-III was only just over five minutes long in this performance, Kovacevich drawing out the influences of Debussy and Messiaen but paying very close attention to colour and space through sensitive use of the sustaining pedal. The second movement, ‘Quietly and with a cruel reverberation’, ignited considerable tension in its immediate juxtaposition of relaxation and harsh interjections, single notes jumping between contrasting registers of the piano.

Unfortunately during some of the Schubert we were subjected to a low buzzing sound, such as would suggest the interference of broadcasting equipment. This was distracting in some of the quieter moments, which was a shame as Kovacevich was at his most insightful at these points. He did, however, choose not to employ any of the marked repeats, the music pressing on much more as a result when a little time for contemplation and scene-setting might have been more appropriate, especially in the first movement. It would also have given us more opportunity to hear his wonderful way with the second theme, slowing at the end of each phrase as if taken by a particular train of thought.

The outburst in the middle of the slow movement came as a real shock, the genuine horror of this passage prompting the thought of what audiences in Schubert’s time would have made of such unhinged, emotive writing. In the wake of this demonic intervention the insistent left-hand, given the requisite staccato by the pianist, sounded cold indeed. The clipped delivery of the scherzo was a delight, though there was a crucial wrong note in the run up to the end, while the finale was well controlled, from its relatively genial opening to a more fractious second theme.