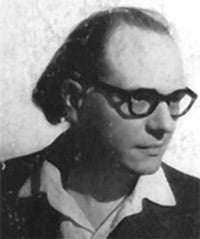 When it comes to understanding a large-scale work such as Messiaen’s Turangalîla-symphonie, program notes can be very helpful. On this occasion Carnegie Hall went one step further and presented the Saint Louis Symphony’s performance as a Discovery Concert, 35 minutes of commentary by David Robertson followed, after the interval, by a performance of the piece.

This was a more modest production technologically than the Chicago Symphony’s spectacular multi-media exploration of Bartók’s The Miraculous Mandarin. There were no actors, no scripts to read from, and only occasional projected slides of paintings. It was thus wholly up to Robertson to decrypt this intricate and unusual work – and he did it brilliantly. Speaking without notes he managed to find just the right balance between demonstrating, educating, and entertaining. Neither talking down to the audience nor delivering an academic lecture, his insightful remarks were delivered with confidence, enthusiasm and humor – “one problem with this piece is that it is very long, some 80 minutes. You might be tempted to give up after the seventh movement and say ‘honey, let’s go to dinner now’. But then you’ll miss…” – launching into excerpts from the last three movements. This approach worked; the appetite had been whetted; only a couple of audience members headed for the exit before the end.

It was a low-key affair as classical concerts go, with orchestra musicians and the conductor dressed all in black, no jackets. The personal connection established during the lecture persisted into the concert when Robertson turned around after the fourth movement and ‘gave permission’ to applaud after the boisterous fifth. Not only did the audience enthusiastically oblige, but so encouraged it also, more surprisingly, applauded the dreamy ‘Jardin du sommeil d’amour’, which had been absolutely ravishing in its sustained dreamy colors.

David Robertson has championed Turangalîla for many years and has a deep affinity for this immensely complex and difficult score. He conducted it with supreme confidence, the Saint Louis Symphony playing with all the required virtuosity as well as great enthusiasm. Nicolas Hodges was spectacular, tossing off the most difficult passages with the greatest of ease and a wonderful sense of style. Cynthia Millar showed great sensitivity at the ondes Martenot; I only wish I had heard more of the instrument at times.

Messiaen’s great Turangalila-symphonie is a work like no other, and not even a symphony. By having the composer’s methods and intentions explained, his building blocks demonstrated, and his aesthetic linked to art of the time, Robertson made is possible to put aside any preconceptions and approach it with curiosity and some familiarity; one needs to have an open mind, suspend time and simply surrender to Messiaen’s colorful language. The standing ovation at the end was not only well deserved, but also a fitting conclusion to the journey we had taken together.