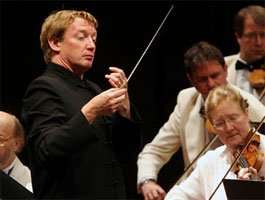 The Saint Paul Chamber Orchestra is one of the finest such ensembles in the United States; over the years, it has achieved a deserved reputation for excellence through not only its many recordings but also its impeccably prepared concerts. On more than one occasion, the orchestra’s live performances have struck this listener as a little bit on the polite side; this evening’s concert, however, broke the mold – and provided more than a few surprises.

Douglas Boyd, whose recent recordings with the Manchester Camerata (England) have greatly impressed with their sizzling musical energy and insight, is entering his fourth year as Artistic Partner of The Saint Paul Chamber Orchestra. This concert revealed a partnership that has resulted in a new level of vitality for this already excellent ensemble.

The program opened with Antonin Dvořák’s ‘other’ serenade, the one for Wind (although the ‘harmonie’ also includes a cello and double bass). The opening Moderato quasi marcia was played with incisive crispness and just the slightest hint of raucous, unrefined sound that befits the music’s character; the syncopated accompanying rhythms of the Andante con moto’s trio section brought to mind the ‘tropical’ music of 20th-century composer Arthur Benjamin; the Allegro molto finale, the most idiomatically Dvořákian movement of the work, was presented with the same sort of exuberant punch that permeates the finales of the composer’s later symphonies and chamber music. Boyd’s welcome approach to the work is the polar opposite of the refined, elegant playing one too often hears with this masterwork of his early maturity. 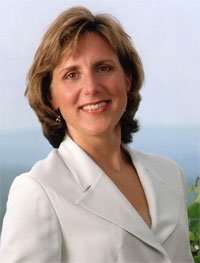 Dawn Upshaw is one of the most popular interpreters of 20th-century and contemporary song. She sang the Stravinsky and Ravel without conductor. The Stravinsky songs are miniatures, each a concentrated dose of aural and textual imagery; Upshaw and the players reveled in the contrasts between the two sets of songs, emphasizing the angular and rhythmic in the “Bal’mont Songs” – music that inhabits the same world as Petrushka – and the lyricism of the tonally centered but significantly more dissonant songs on Japanese texts. Their presentation of the second of the Ravel songs on Mallarmé, ‘Placet futile’, was particularly excellent, with instrumental tone-painting and Upshaw’s evocative, expressive conveying of the poetry coming about as close to perfect as one could imagine.

The second half of the program opened with Osvaldo Golijov’s arrangement of four Schubert songs for soprano and orchestra. This listener has found some of Golijov’s recent works to be a little gimmicky, with their incessant referencing of Eastern European folk-music more cloying than edifying. The present arrangements came as a delightful surprise – Golijov’s restrained use of transforming sonorities and carefully considered orchestrations put the voice, and the words, front and center. The ethereal, shifting sonorities in the very brief interludes between songs – drawn entirely from chordal material from the original piano accompaniments, with sometimes clashing chords flowing into and out of each other – succeeded in framing the songs without drawing too much attention to themselves. Particularly impressive were the deep sonorities that accompany much of “Wanderers Nachtlied” and the delicate sonorities of “Nacht und Träume”.

The concert concluded with the Suite from Stravinsky’s Pulcinella. Boyd put the focus in the opening ‘Sinfonia’ on the angular off-the-beat accents, using a wide palette of articulations (particularly emphatic bowing and dolce wind playing). Boyd honed in on Stravinsky’s knack for setting up clashes between beautiful sonorities and startling touches of orchestration; the slower movements never lagged in momentum, and the ‘Tarantella’ in particular sparkled, suggesting that Stravinsky was not only an enthusiast for Pergolesi and the Italian baroque but also a folk tradition that spans centuries and remains vital to this day. The principal players were given leeway by Boyd to revel in the virtuosic touches that Stravinsky provides and the Suite reached a rousing conclusion.

It is not only gratifying to see a young maestro such as Douglas Boyd more than live up to the reputation of his recordings and critical reception in Europe, but to see a group of musicians as energized and engaged as the Saint Paul Chamber Orchestra.