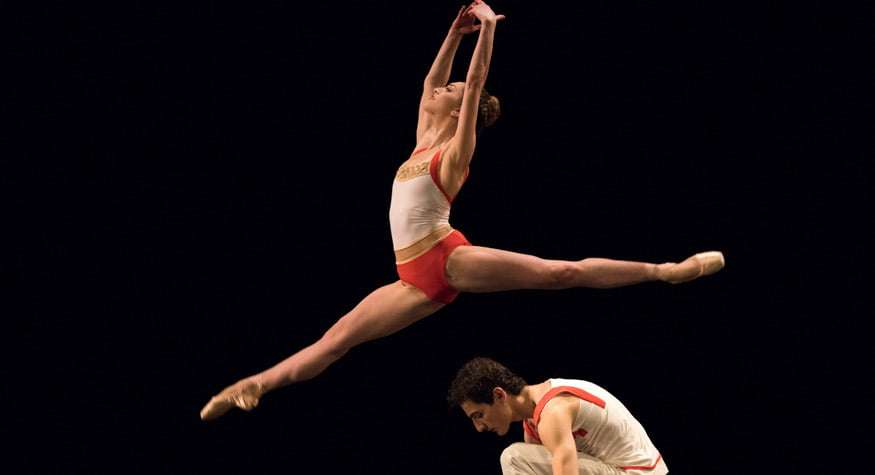 It is always a question how much local culture defines or at least affects art; the question is no less pertinent for the art of ballet, although the ‘schools’ of dance and identifiable national styles have faded somewhat with the advance of filming and the internet, and the readiness of dancers to move abroad to work. San Francisco is an identifiably American company in terms of the nationality of the majority of dancers, but one which possesses, in the upper ranks at least, a high proportion of non-American artists. Its style is, therefore, that of the United States which has been coloured by its location away from the eastern seaboard (where the majority of ballet companies are based), the particular atmosphere of the West Coast and the cultural traditions of the city in which it is based. A third ingredient is the choreography that the dancers are called upon to perform which, on the evidence of this current Sadler’s Wells season, draws upon a resolutely Anglo-Saxon tradition, but within that from the world as a whole. Thus, in Programme C, the company presents work from the Australian Stanton Welch, the British Liam Scarlett and the American Justin Peck.

Peck’s Hurry Up, We’re Dreaming is very urban ‘American’, Manhattan even, in its aesthetic of glammed-up street clothing, the dancers in trainers and a general city ‘attitude’ and demeanour. Peck here follows in the tradition of Jerome Robbins and Twyla Tharp, who, in some pieces, put their dancers in the same type of outfit and who, as with Peck, set them off in broadly ballet-based movements while flecking the classical vocabulary with other, outside influences. Peck certainly knows how to make a dance, and continues to burnish his reputation with works for his home New York City Ballet and beyond. 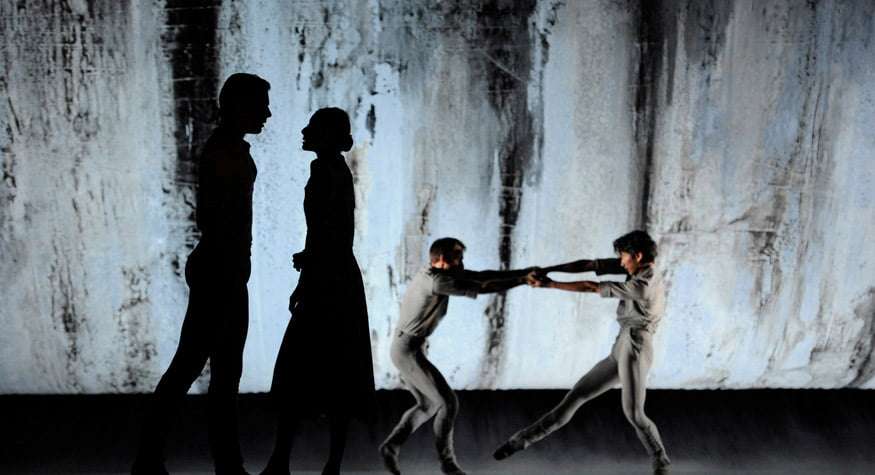 Set to music by M83, a French electronic music project currently based in Los Angeles, he creates a set of tableaux which explore different moods and atmospheres. Movement is often expansive and explosive, requiring rapid kicks and lunges, a palpable energy coursing through the dancers, nine more so than through Dores André and Joseph Walsh who relish their extended duet and other appearances, displaying a fierce physicality and attack. There are moments of less intensity, but this work is a full-on experience, tempered only by the dream-pop music which is certainly less aggressive than it could be. Hurry Up, We’re Dreaming will not be to everyone’s taste, certainly those looking for a pure balletic experience, but it is a work which could only have been made by a creator fully conversant with the idiom, something apparent in the deployment if dancers and the understanding of the dynamics of the dance stage. ★ ★ ★

Caught in something of a stylistic limbo, Stanton Welch’s Bespoke, comes across as neither choreographic fish nor fowl. The choice of parts of Bach’s A minor and E major Violin Concertos is problematic, firstly because he is a composer to which it is notoriously difficult to create ballet movement (few have tried, most have failed), and secondly because Welch has chosen not to match the eighteenth century sound world with his movement, barring a few, inconsequential nods at courtly gesture. He claims the work explores the love of dancers for their art form, but a musical choice from either before or after Bach’s time would have made more sense. The passing of time for a dancer, whose performing life is short, is supposedly something Bespoke also examines, but, short of some incongruous mechanical ‘ticking’ arm movements, there is little to indicate this. The costuming does not help, with the women in what seem like bathing costumes and then men in some form of beach wear neither of which would seem out of place on the waterline near the Golden Gate Bridge. Movement is pretty much ballet text-book, and Welch certainly sets some tricky combinations for the like of Jennifer Stahl, who sailed through them with a broad grin and her creamy technique, and Jaime García Castilla, whose was clearly having fun. Of more interest the adagio duet danced by Mathilde Froustey and Angelo Greco – he is an unflappable partner, noble of carriage and secure as a rock, while she deploys her considerable artistry to create seamless movement characterised by real serenity ★ ★. 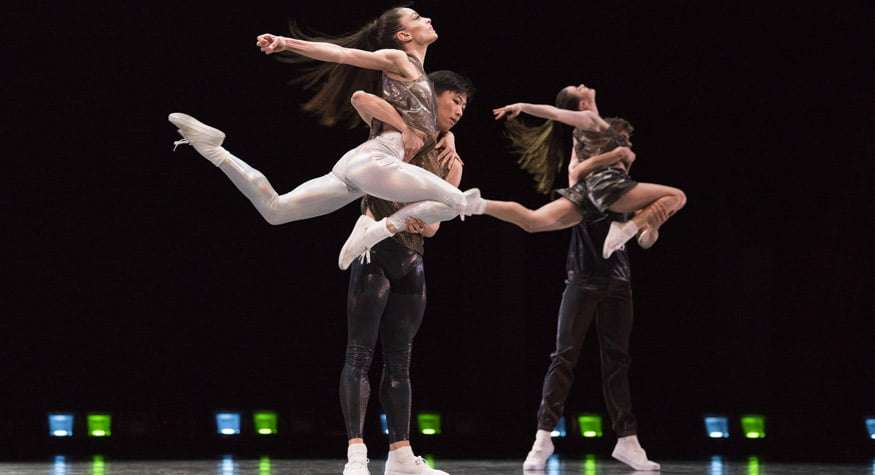 Coming between these two works, Hummingbird, by Liam Scarlett, in striking designs by John Macfarlane, his regular scenic collaborator. The stage is dominated by a huge mottled and streaked sail which, curled up under itself, rises and falls, as well as a back ramp down which dancers slide or walk. Costumes are sober, with corps de ballet in hues of grey, the tones more intense for demi-soloists and then blue, white and slate-grey for the three lead couples. Philip Glass’s Tirol Concerto burbles along in the pit and, while it provides moments of intensity, it often just simply goes on… and on.

Scarlett is here his usual fluent self, showing his ability to get dancers about, and setting them in movements which are often intricate. There is a pervading seriousness about proceeding, certainly in the two first movements which explore the sensuousness inherent in the pas de deux and then the feeling of longing. It is in the second, middle movement, that Scarlett’s ballet takes flight, certainly with the cool loftiness of Yuan Yuan Tan in duet with the muscular Luke Ingham; they both convey a searching, yearning quality which infuses their movement and brings real intensity to their dancing. It all takes yet another ‘up’ with the appearance of a male pairing (Myles Thatcher and Hansuke Yamamoto) who at one moment mirror their duet, subtle differences apparent given the use of one male-female duo and the other male-male. Certainly, the message about the universality of emotion, desire and the need for love could not be made better. The ballet concludes with a third, playful section which sees the naturally sunny Dores André and Joseph Walsh paired again in dancing of real ebullience. ★ ★ ★ ★