Bound To | Your Flesh Shall Be a Great Poem | Anima, Animus

Your Flesh Shall Be a Great Poem: 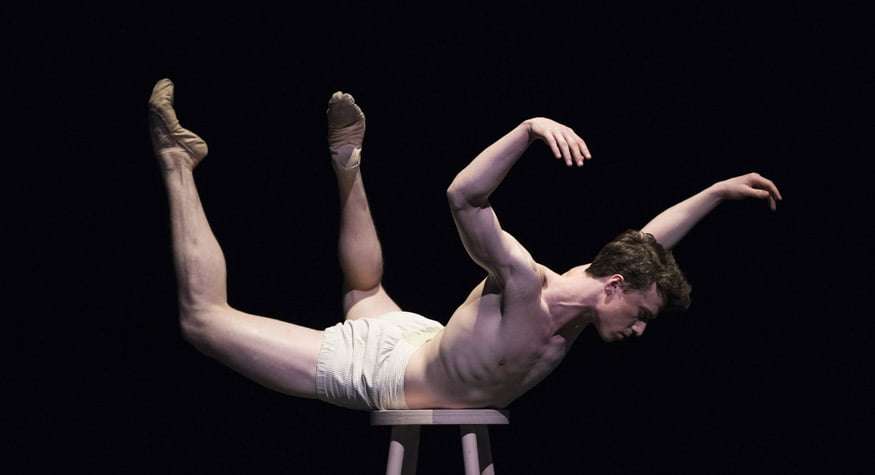 Male/female, male/male, female/female dancing was very much in offer in Christopher Wheeldon’s Bound To, the strongest offering in San Francisco Ballet’s Programme D. This was Wheeldon at his best, far from the somewhat over-produced, ‘shiny’ choreography he often creates for London, in a thoughtful, thought-provoking work exploring the nature of human relationships and existence in the modern world. It is certainly the first your reviewer has seen featuring mobile telephones which the entire cast hold and gaze at in the first section, ‘Open Your Eyes’, and which, even in duet and ensemble work, maintain the dancers’ attention throughout. It is a simple and telling comment on the dehumanising effect of this particular type of technology on us all, all the more powerful when demonstrated by dancers who we expect to look at each other and, most importantly, at their audience.

It is Dores André who seems to climb out of a pile of screen zombies, blissfully without a telephone in hand, conveying a sense of real discovery and even coaxing Benjamin Freemantle to put his aside in order to dance with her. A striking start to a work which continues to develop and surprise, showing the variety inherent within the human condition through same-sex dancing which carries nothing hectoring or admonishing to a mainly heterosexual audience, just a tender and true representation of human love, attraction and interaction – ‘Remember When We Used to Talk’ for two pairs of women, ‘Remember When We Used to Play’ for two pairs of men. After a busy ensemble, the work takes a pause with ‘Take a Deep Breath’, a blissful, measured duet for the impossibly chic and stylish Yuan Yuan Tan, who seems to dance in a reverie, and the long-limbed Carlo Di Lanno. To end, an increasingly disturbing solo for the fleet-footed Lonnie Weeks, despairing, anguished, a man alone in a busy and over-populated world, one who has everything yet feels he has nothing. Weeks is called upon to produce both intense emotion and whiplash movement with a dangerous, self-destructive quality – he does so with considerable distinction. Bound To is a serious and considered piece of dance-making, and can there be a greater sense of the emptiness of modern life when, the cast having come to Weeks’s aid retrieve their telephones from their pockets and merely wander off, engrossed in their vapid inanities, leaving behind his prone body? The collection of Keaton Henson’s songs are spot-on for their purpose and Jean-Marc Puissant’s screens onto which video images are projected to change mood and location prove inspired. Wheeldon’s familiar neo-classical vocabulary, with a focus on hand and arm shapes and gestures, conveys fully the message of this wholly successful work. ★★★★★ 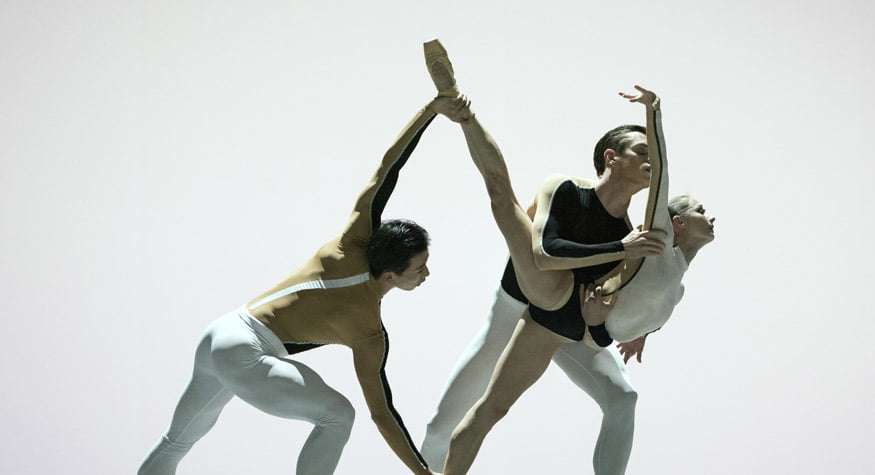 David Dawson is very much an Englishman abroad, a choreographer who has found favour anywhere but in his home country. Not that Anima, Animus is going the change that, a frantic one-note work to Ezio Bosso’s tiresome and repetitive First Violin Concerto which not even the Stradivarius played by Cordula Merks could improve. That Dawson did not repeat the mistakes of The Four Seasons, his disastrous ballet for The Royal Ballet, he was not far off, with a depressing inability to manage entrances and exits, and an all-pervading emptiness to his movement. Not even the graceful Sofiane Sylve could breathe life into the dead choreography which blasted on in interminable spinning and turning and plenty of ice-dance arms and which meant precisely nothing. The seemingly never-ending slow middle movement saw Sylve and Wona Park hoisted aloft by increasingly out of breath gentlemen of the company. Handsomely designed in black and white, Anima Animus is, nevertheless, without a soul. ★

Trey McIntyre brought a much needed lighter side with his quirky, weird Your Flesh Shall Be a Great Poem, inspired by a solar eclipse (thoughtfully projected onto the backcloth). Set to a selection of kooky songs from Chris Garneau, the dancers have a ball in vignettes calling for great character, a sense of timing and off-the-wall humour. Quite what it all means is anybody’s guess, although it is inspired by the choreographer going through items belonging to his late grandfather – there are delightful episodes as moments of comedy and wit overlap with those of heightened emotion and a certain wistfulness. The movement vocabulary is as quirky as the subject matter it interprets, with elements of Jiri Kylián and Paul Taylor, among others, jostling with ballet. The dancers clearly enjoy the experience, not least the mightily impressive Benjamin Freemantle entrusted with the extended solo which closes the ballet. Clad only in shorts, he used his long body and limbs to full advantage in a display of great physical control and interpretative intensity – impressive artistry indeed. ★ ★ ★ ★