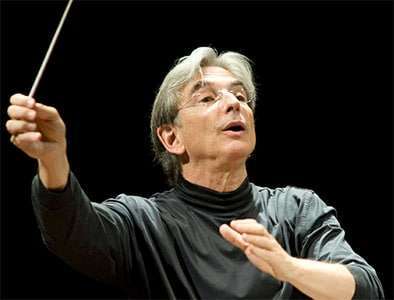 This was the second of two Shell Classic International Royal Festival Hall concerts by the San Francisco Symphony and Michael Tilson Thomas, also marking the first weekend of a two-week residency by BBC Radio 3, which has a pop-up studio within the Southbank Centre. However, although R3 is to be applauded for its extensive broadcasting from the Southbank Centre at this time, Sara Mohr-Pietsch’s introduction from the stage was unnecessary and included the irritation of her asking us “to put your hands together for…”. Please!

It is incredible to think that 2014 marks the fortieth-anniversary of MTT’s first appearance with the SFS. He has been Music Director for 19 years. With his score of Mahler 3 open but with never a page turned, MTT demonstrated his affinity with this music and its diversions, in a performance that compelled, if being occasionally lightweight during the big moments. The sound produced was characterised by unusual clarity, the RFH’s acoustic lending pin-point accuracy to even the most piano of timpani strokes, such as after the opening unison horn summons, itself delivered in strident yet grand fashion. One marvelled at the character brought to the opening movement (Part One of the Symphony), the episodes brought vividly to life; whether or not the awakening of Pan, there was a sense of cosmological evolution. The music’s progression was delivered rather than pressed home, MTT allowing it to unfold without much intervention. Trombonist Timothy Higgins was quite magnificent in his solos, producing warm, sensuous playing.Where the SFS and MTT do not quite ‘get’ Mahler is his sense of wit and irony, so those peasant themes of earthy nature scattered through the Symphony lacked the ounce of satire, with the second movement’s mix of beauty and country-bumpkin aspects played with little difference, but the melting, silky quality of the strings stood out. The third movement was cleanly played, with a gloriously realised off-stage posthorn solo.Sasha Cooke invoked Nietzsche’s words (from the ‘Midnight Song’ of Also sprach Zarathustra) with directness that also pointed up their sense of mystery. Her uncoloured mezzo, with clear diction, was a treat, and brought beautiful stillness. The choristers of St Paul’s Cathedral, with attendant bells, then blew this away joyously, and the Ladies of the London Symphony Chorus delivered their text with good projection and detail. The immense final Adagio was a triumph, spine-tingling, the opening rapt and given a solemn tread. The SFS’s strings sounded wonderful, and the playing of the coda’s attempts at resolution were not overblown thus ensuring that the final ‘arrival’ was a cathartic experience.