After three-and-a-half decades of existence and twenty-three years without a personnel change, this concert marked the Schubert Ensemble’s farewell to London. A suitably packed Wigmore Hall included many of the Great and Good of music and four of the players were uproariously welcomed on to the stage. 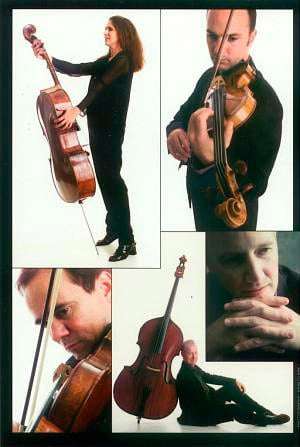 One does not wish to be a skeleton at the feast, but the choice of Ernest Chausson’s 1897 Piano Quartet as a programme starter was not an entirely happy one. Doubts set in during Simon Blendis’s opening remarks, when he referred first to “film music” and then to “glorious Technicolor”. Chausson’s masterpiece is certainly a big work if you take it at face value, as big in terms of scope as any of Brahms’s Piano Quartets, but it is squarely in the Franckian tradition. Yes, there is passion, but it is passion always moderated by good taste and a very French sensibility. It often relaxes into the sort of huskily voluptuous timbre that comes naturally to Franco-Belgian string-players but needs to be cultivated by outsiders. To put it bluntly, much of the playing here was lacking in finesse: Blendis’s tone often had a touch of astringency and Douglas Paterson, playing quite a small viola, seemed unable to colour his many solos at all imaginatively. Handed the opportunity to set the tone of the Très calme slow movement – an idea probably inspired by Fauré’s First Piano Quartet – Paterson sounded stolid and a little too loud for mezzo-piano. The only one of the three string-players making a really beautiful sound was Jane Salmon, but by a cruel irony much of her contribution in louder passages was virtually inaudible from the back of the Hall – we often praise the Wigmore acoustic but it can swallow up lower cello tones.

William Howard was his usual imperturbable self at the piano, throwing off some difficult passages as if they were the essence of simplicity – Chausson dedicated the work to the young pianist Auguste Pierret, who had shone in his Concert for Piano, Violin and String Quartet, and clearly had total confidence in his dedicatee – but the nagging doubts remained. A group that has displayed stylistic command of Brahms, Schumann and even Dvořák, appeared to be on the wrong wavelength. The brief third movement, not really a Scherzo and marked ‘Simple and without haste’, should have a slight Spanish tinge, refracted through an impeccably French pedigree. Here it sounded pleasant but almost like an intermezzo holding up the real action. However … enough criticism! On its own terms this was an absorbing performance, with a real impetus in the outer movements, and it was greeted with gales of applause. The Schubert Ensemble made a recording for Chandos in 2016, so anyone interested can see if they agree with my reservations. 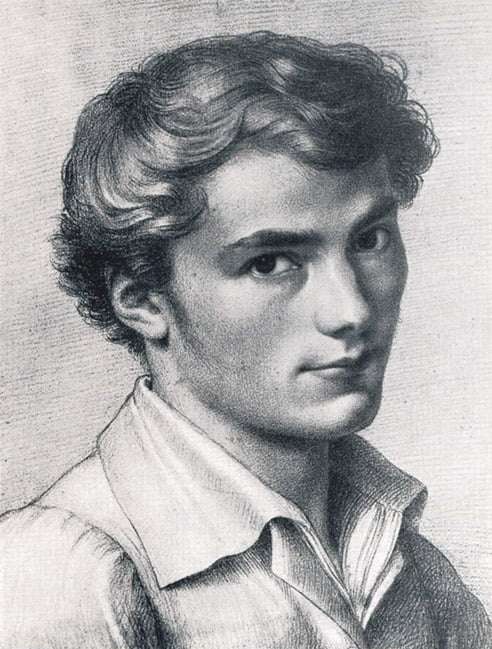 Following the interval the string-playing sounded just that vital shade more colourful in the Ensemble’s signature work, Schubert’s ‘Trout’ Quintet. This bucolic serenade, its every movement infused with the spirit of trickling streams and leaping fish, has been gaining in popularity for at least a century. There were several splendid 78rpm recordings, notably that by Schnabel, members of the Quatuor Pro Arte and the great bassist Claude Hobday, but as late as the mid-1930s the piece was not fully familiar to concert audiences. When members of the Busch Quartet played it at this very Hall in 1934, with Rudolf Serkin and Hobday, the young violinist Emanuel Hurwitz recalled that he was among many of those present who began applauding at the ‘false ending’ in the Finale. The ‘Trout’ really came into its own with the advent of the LP: the 1950 Westminster disc by Paul Badura-Skoda with members of the Vienna Konzerthaus Quartet and Josef Hermann was a best-seller and it was swiftly followed by a proliferation of other versions, including several more from Vienna.

The members of the Schubert Ensemble could probably play it in their sleep, but there was nothing sleepy about this performance. The opening Allegro vivace was both bracing and relaxed – it is one of the joys of music that it can contain such seemingly polar opposites. With Blendis and Paterson seated to the left, Salmon’s cello was fully facing the audience, allowing her tone to come through, and Peter Buckoke’s bass was a comfortingly gruff presence on the right. Howard’s piano could make itself felt from the back of the stage without needing to dominate. Some passages of rubato worked better than others, but any small miscalculations were soon past. Schubert does not go in for much development in the ‘Trout’ but is content to repeat whole stretches of agreeable material; and it was noticeable that the players contrived to do something slightly different when each of these repeats came round. The Andante was very nicely done and the Scherzo was given a real kick by the bass. The Variations were lovely, each one highlighting a different instrument, and the final skipping one was quite delightful, Buckoke virtually dancing with his instrument. A Finale full of light and shade, rhythmic vitality and teasing rubato predictably brought the house down.

But the players still had one or two cards up their sleeves, including a premiere. As a composer of Scots ancestry, Judith Weir (present in the audience) might have been expected to produce a pipe tune, perhaps entitled ‘The Schubert Ensemble’s Farewell to Wigmore Hall’. Instead she came up with a delectable morsel based on Schubert’s song ‘Abschied’ from Schwanengesang. Within a few minutes’ duration, every phrase and implication of the catchy melody is explored, and each of the five instruments said goodbye in turn, ending with the piano. I can see A Song of Departure becoming a popular encore to follow the ‘Trout’.

Our actual encore on this occasion was the Schubert Ensemble’s own arrangement of Richard Strauss’s song ‘Morgen!’, beautifully played with the last notes from the piano left hanging in the air. One can only wish the Schubert members good luck as they go their separate ways, but before the final dissolution on June 30 there will be further farewell concerts at Painswick, Newbury Spring Festival, Oxford, Port Erin, Forde Abbey, Cambridge and Cranbourne.