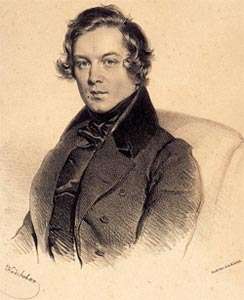 Right from its Leipzig premiere in 1850 Schumann’s single opera “Genoveva” has enjoyed only modest success, seeming an uneven diversion along the main route of nineteenth-century German opera that runs from Weber to Wagner. Although its British premiere took place at Drury Lane under no less an advocate than Charles Villiers Stanford, subsequent productions here have been rare. Opera North made a valiant attempt a decade ago and University College Opera has seized the initiative in the bicentenary of Schumann’s birth with a staging that reflects the successes and failures of the opera as a whole.

An opera situated in Brabant and with a hero named Siegfried could only be set in the middle ages, and UCO wisely refrained from any conceptual update. Emma Rivlin’s production has a generalised though never hollow Medieval feel, underscored by Christopher Giles’s simple but evocative sets (a few church windows, grilled shutters and panoramic vitas were all it took) and Ryszard Andrzejewski’s in-period costumes. Much of the ensuing atmosphere was down to Dan Swerdlow’s resourceful lighting, as subdued or immediate as the drama requires and adding much to the music’s expressive impact. 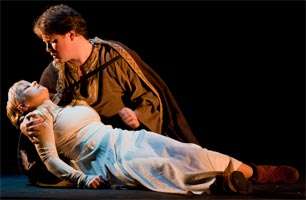 The cast itself, UCO’s customary mix of aspiring professionals alongside enthusiastic amateurs, was not without its rough edges but galvanised Schumann’s often-tentative inspiration to a degree more seasoned singers might well have forgone. As Genoveva, Bibi Heal conveyed all the plaintiveness and eloquence necessary for one whose steadfastness is so cruelly maligned, allied to an unforced and sympathetic stage presence. Adam Green did what he could with the upright if tepid Siegfried, but this is hardly a wide-ranging role next to that of Golo – a troubled and increasingly destructive figure to whose emotional complexity Richard Rowe did real justice. As also did Magdalen Ashman to that of Margaretha, an unlikely yet compelling mixture of seer and temptress who sets in motion the fateful chain of events only to repent at the moment of reckoning that is the opera’s dramatic highpoint. 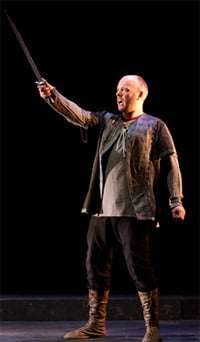 As to the smaller roles, Lynton Black was a benign Drago whose murder at the hands of the populace brought forth a nastiness hardly to be expected from Schumann and which was brilliantly conveyed in Nicholas Hall’s fight sequence. Simon Hall and Dan Hawkins were well contrasted as the vicious though not entirely ruthless executioners, with Ed Davison the lynchpin of calm authority that is Hidulfus. The chorus made the most of some impressive crowd scenes, while the orchestra recovered from a shaky showing in the Overture to really get to grips with Schumann’s densely woven instrumentation.

Much has been made (not least by Schumann’s advocates) of “Genoveva” as an alternative course for German-language opera when its Wagnerian future was by no means assured. True the score is not without its character insights and musical felicities, yet much of the content feels too unfocussed or second-hand to suggest a composer poised on the brink of a dramatic breakthrough. All credit, then, to Charles Peebles for steering it through with such impetus – minimising the longueurs in the outer acts while instilling those in-between with a theatrical intensity that was its own justification.

There are unlikely to be other UK productions of Genoveva soon and, in any case, they would be hard- pressed to match the sheer immediacy of that by UCO. Whatever its and the opera’s failings, this is a well-conceived and vividly executed production worth the attention of converts and sceptics alike.