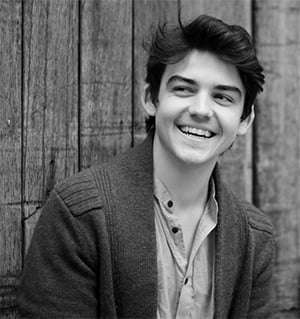 The London-based student orchestra Sinfonia d’Amici here returned to LSO St Luke’s with a programme of “Twilight Works”: joyous pieces by composers nearing the end of their lives, offset with a premiere by Josephine Stephenson. An excellent performance of the Stephenson aside, the ensemble didn’t quite gel for much of the concert.

The applause was still fading when Harry Ogg launched into the Overture to The Magic Flute (first staged just three months before Mozart’s death). Rather distractingly, Ogg on occasions interrupted the piece with sharp intakes of breath and vocalisations of his own (a habit which would return in the Haydn). The problem which was to plague the concert became clear from early on: with just two desks of strings, the sound was far from balanced. Although at points the tempo seemed to sit on the edge of control (the strings were frequently scrappy), the overall result was an animated and engaging performance.

The imbalance was a particular problem in Richard Strauss’s Oboe Concerto, with the woodwinds appearing tentative in response to the thin strings. Although somewhat rectified in the orchestral statements, the upper strings still failed to achieve a rich sound; the first violins struggled with intonation throughout, and ensemble often wasn’t together (the duets between soloist and cor anglais in the third movement a case in point). Emily Ross gave a solid performance, displaying impressive breath control and bringing a beautiful singing tone to the long cantilena at the start of the second movement. However, she appeared to lack confidence and a touch more projection would have been welcome (her florid line in the finale was overpowered by the sweeping cello melody). The cadenza found her much bolder. Ogg had a good sense of overall direction, although his emphasis on the long line hampered a few expressive moments.

Josephine Stephenson was born in 1990 and currently in the second year of her Master’s at the Royal College of Music. Her interest in cinema and theatre came through in Abend’s sense of drama, which takes its title from Rainer Maria Rilke’s poem, describing the liminal zone between day and night when the poet feels caught between the everyday world of stones and the heavenly realm of stars. The small string section worked well with Stephenson’s delicate textures, and the well-blended sound did justice to her kaleidoscopic orchestration (reminiscent of Vivier). Beginning with harp and muted strings, Abend is based around the relationship between two hexachords (associated with the strings and woodwind respectively). After the introduction of these harmonic sets and the major-second motif, the second section finds greater interplay between the hexachords and different instruments, passing fragmented ideas around the orchestra in a lively dialogue. After a reminiscence of the material from the opening section, the hexachords were presented once more in a spaced-out coda, the ideas circling round until a soft cymbal brought the work to its end. Abend also showcased individual players, with Katie Smith’s effortless top trumpet notes and leader Joo Yeon Sir’s robust solos particularly notable. A strong work matched with an equally strong performance.

Written fourteen years before his death, but with several masterpieces still to come, Haydn’s Symphony No.104, the last of the twelve ‘London’ symphonies, was to be his final work in this genre. Ensemble d’Amici gave an energetic performance of the exuberant piece, but despite a positive beginning (with Ogg drawing a nicely muscular, streamlined sound) the performance lacked sparkle and refinement, the playing dragging behind his beat (with some bassoon moments in the slow movement especially noticeable) and some of the doublings were far from precise. I personally objected to Ogg’s spoken interjection before the second movement: his invitation to laugh at Haydn’s musical jokes was neither necessary nor appropriate. Regardless, the exaggeration for comic effect worked well. After the spirited and rumbustious Minuet, the finale saw the strings giving their all (although enthusiasm occasionally took precedence over polish). Ogg’s tempos were well-chosen and he extracted an almost operatic quality of expression from his players.

With the convivial atmosphere, the concert seemed to be an informal affair between musical friends. Ogg is clearly a talented young conductor, but the d’Amici members often didn’t come together under his baton, save for the Stephenson, which showed what this orchestra is capable of.