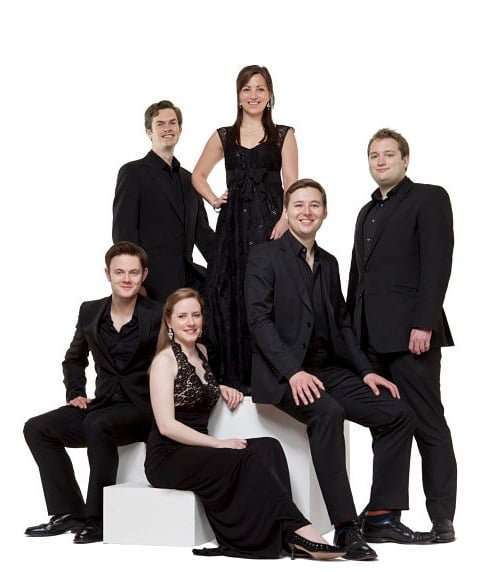 The Virgin Mary and the newly born Christ-child act, naturally, as the focus for much Christmas reflection; sometimes St Joseph and the three Magi receive some attention too. The humble, unnamed shepherds – among the first witnesses of the Incarnation (along with the animals in the stable) are often overlooked, but the Marian Consort’s ingeniously devised programme brought them to prominence with a series of Renaissance polyphonic works setting texts which tell the Christmas Story from their point of view.

McCleery might have brought out a greater dynamic range in much of the music to characterise it more fully and develop a rounded sense of structure, but the Marian Consort’s execution could hardly be faulted. Varieties of timbre brought life and colour to the vivacity of Guerrero’s Pastores loquebantur, or the resonant sound of the lower voices in Mouton’s Puer natus, resembling a fanfare as the Angel announces to the shepherds what they are about to see.

The Consort’s excellent ensemble ensured that florid passages of counterpoint, and oft-repeated seasonal “noës”, came over with crystal clarity, and broader homophonic passages were realised as finely chiselled blocks of sound – often impressively so for just eight voices. The forces altered between six and eight parts, but for the sense of otherworldly wonder expressed in Victoria’s O magnum mysterium, the Consort was aptly reduced to four.

As a group of comparatively few voices, the singers were able to cultivate a fluid and conversational joyfulness in the music, and also contrived a distinctive tone in using countertenors rather than female altos (familiar to the congregations of cathedral and collegiate church) so that they produced a homogeneous tone, allowing the (female) sopranos to soar expressively over the darker sound of all the parts beneath (to that extent one may detect the influence of the Tallis Scholars upon their style).

McCleery added his own voice to the Consort in Mouton’s best-known Motet, Nesciens mater, as an encore. The sumptuous score was taken with some vigour, rather than the self-indulgent wallowing some ensembles make of it. On the whole, this was a concert of thoughtful and amiable music-making.