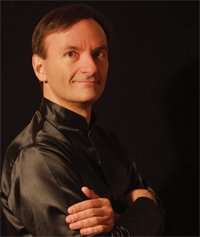 My listening came alive in Webern’s Variations. In a dedicated exposition of a ‘difficult’ soundworld, a performer of considerable magnitude was demonstrating the fruits of his labours – and the insights he had gained on his musical journey. Stephen Hough’s understanding of this work was clearly hard-won. Equally clear was the fact that Webern had won from him an utterly convinced respect. Each note was a musical experience in itself. What I heard was light, airy and intangible, yet also a collection of defined shapes whose relationships subtly changed as they moved gently through light puffs of air aided by the extraordinary – and precise – variety of sounds that Hough produced. He had given deep and focused consideration to the texture of each note.

Rightly, Hough left no space for applause before he crashed into Beethoven’s Opus 111. (In a moment, I’ll say why.) The fugal first movement was played as a harsh, austere, vigorous, hectic growl. Rarely, and certainly not on this occasion, is it played with a truly impassioned momentum in which a storm of emotion drives the notes before it. As a result – a telling indication, to my mind – the rallentandos sounded quite arbitrary, as if Hough were following Beethoven’s instructions through obedience rather than breathing the music’s ebb and flow. The ‘Arietta’ second movement began rather matter-of-factly – though, as always with Hough, with shape. During the first few Variations, I gained the impression that some stately and serene performance was taking place in Hough’s head, but not quite reaching his fingers. Then, from about the middle of the movement, Beethoven’s sublime writing took on an infinite stillness, charged and alive … a majestic beauty, though without Beethoven’s wonderful shards of hard-won sorrow. My awareness at this point was the more acute and intense through having experienced Webern beforehand, uninterrupted, with Opus 111 as its continuity: Webern’s soundworld had served to highlight aspects of Beethoven’s extraordinary ‘late’ period.

The recital’s opener, Mendelssohn’s Variations, was a tour de force, as were Liszt’s waltzes, Chopin’s examples flourishing. The virtuoso display of technique was arresting, impressive and often quite vicious – emotionally detached, well-modulated and barnstorming. Hardly any memory of these performances lingers, though; technically they were astounding. Hough gained rapturous acclaim through thrusting his deft-fingered, swelling-pedalled expertise into the Hall. For the most part he made no attempt to woo his audience.

There were two exceptions. He softened his demeanour for the clear, cool and eminently French idiom of the delectable Feuillet d’Album, depicting, according to Chabrier, a “blonde and very pale little girl, dreamy and tender”. Also, roguishly, Hough delighted in bringing Webern-like precision to his first encore, the ‘Pizzicato’ movement from Delibes’s ballet, Sylvia, adding a Hough original to round the evening off, the whole recorded by Hyperion.