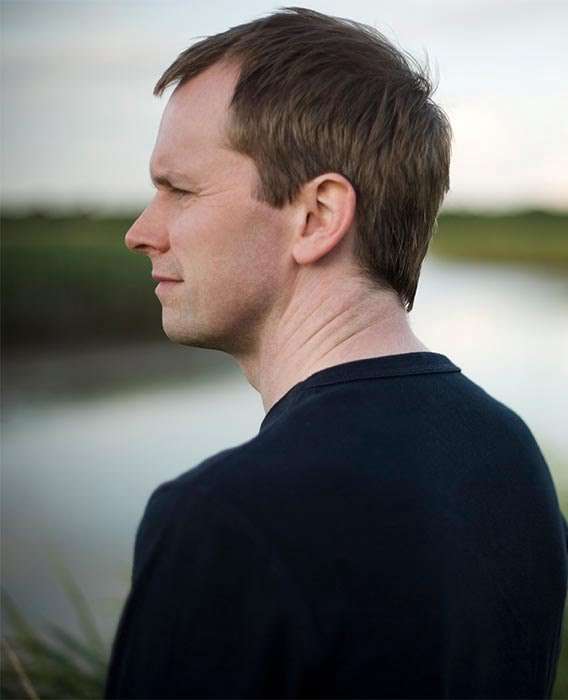 This was a challenging recital (which may have in-part accounted for the number of empty seats) in which Steven Osborne imaginatively juxtaposed a series of diverse early-to-mid-twentieth-century masterworks, starting with Prokofiev’s magnificent Sarcasms. These five pieces are full of dissonance, tonal ambiguity and acerbic violence, which Osborne relished. So in the Tempestoso No.1 the chromatic left-hand octaves were delivered with startling violence, the con and senza pedale markings closely observed and, as always with this artist, the dynamic range was exceptional. In No.2, Allegro rubato initially became Andante and the delightfully elfin phrasing brought to mind Liszt’s Gnomenreigen, while in No.3 – in which the first twenty bars are in the bass with a different key-signature for each hand – the evenness of the right-hand pp diminished thirds was outstanding, the volume prodigious. You will rarely hear the opening of No.4 played with such glacial precision, or the concluding ppp bass chords made to sound so cavernous, and in the last piece Osborne moved from the startling opening to a magically voiced realisation of the final drum-beats.

Ravel’s Miroirs are evocations of specific scenes, and here Osborne was less successful. Yes in ‘Noctuelles’ one admired the meticulous balancing of the hands and textures, but these night-moths were decidedly mechanical and in ‘Oiseaux tristes’, although the right-hand was very soft, the tempo suitably slow, the touch light, the first forte outburst a magnificent eruption of sound, the melancholy sadness these birds evinced in the composer was only hinted at. Much the same happened in ‘Une barque sur l’océan’ (A Boat on the Ocean); one marvelled at the lustrous tone, the massive ff outburst, the legato line and exquisitely voiced arpeggios, but as to whether this boat was on the Manchester Ship Canal or a somewhat larger expanse of water I have no idea. The best-known piece is ‘Alborada del gracioso’, its virtuoso demands effortlessly dispatched by Osborne, yet he failed to make the seguidilla dance or the more sultry second section smoulder; all one heard was a series of magnificent sounds, seemingly devoid of any emotional engagement.

Following the interval Osborne turned to Debussy’s Images. In the three pieces of the Second Series the delineation of line, texture and rhythmic articulation was admirable; rarely will you hear such as extended range of dynamics and there was a passable degree of tonal shading. Turn however to Arturo Benedetti Michelangeli live at the Vatican in 1987 and you hear the ability to mould the melodic line using effortless rubato, innumerable slight changes of tempo, a wealth of colouring and majesterial sense of command, which make Osborne sound decidedly two-dimensional.

Finally there was Prokofiev’s Eighth Piano Sonata, which Sviatoslav Richter hailed as his greatest, “an abundance of riches.” In the first movement Osborne was marginally too fast and literal to make the first subject sound truly dolce as marked, although the move to Allegro moderato for the development was entirely natural. Here, for all of the attack and ability to produce effortless fff without any degradation in tone, there was no violence or tension. In the Andante sognando despite the beauty of tone there was little feeling. Of the Finale, you will probably never hear the climaxes played with such clarity, or such towering power and strength (the coda was a tour de force). Unfortunately though, when the last chord had died away, Macbeth’s Act Five soliloquy came to mind “…full of sound and fury, signifying nothing.” There was an encore, Victor Young’s ‘My Foolish Heart’ played in the style of Bill Evans.