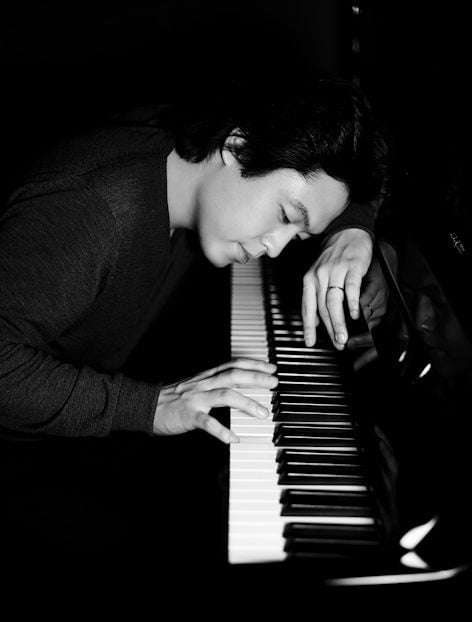 If nothing else, Sunwook Kim’s Wigmore Hall recital reconfirmed that a musician doesn’t need to be old to have depths of musical experience at his or her command – but it is still unnerving when you meet it head on.

It is ten years since the South Korean pianist, now based in London, won the Leeds Competition – aged 18, the youngest to do so. From his website, it looks as though he is busier with Concertos and a prodigious amount of chamber music than he is with solo recitals, and it’s interesting to note what he doesn’t play – there is no Bach or Chopin in his current schedule, both of which you would think would suit him well – as much as what he does.

This recital was hardly startling in terms of repertoire, but he took a risk by devoting the first half of to Mozart and Schubert at their most withdrawn (the Mozart) or most withdrawn and discursive (Schubert), then completely turning the tables after the interval with Beethoven at his most dynamic. After the Schubert, I thought that Kim’s limpid obliqueness would win the day, but his ‘Hammerklavier’ proved otherwise.For a moment, his playing in the Mozart suggested Chopin writing in the style of Mozart, but then Kim let you realise how Mozart’s form and decoration are impossible to separate, which paved the way for Chopin. The remoteness of the opening instantly gave you an entrée into Kim’s acute sensibility, in which every inflection of weight, dynamics and sublimely poised decoration released Mozart’s elaborate web of balance and consequence. This is music where there is nowhere to hide. It’s a conundrum that musicians wrestle with, and Kim addressed it with rare communicative depth.

The element that unfolded in Schubert’s G-major Sonata was Kim’s gift for long-range narrative enlivened by the vitality of incidental events and eruptions of symphonic potential. This was so strong in the first movement, taken at a tempo that sustained the music’s tension perfectly, that I regretted he didn’t play the exposition repeat, but there was recompense in the epic reach of the middle section. For a pianist whose serious stage presence gives nothing away, the Finale was a pleasant surprise – genial, discursive and full of Schubertian charm, with a beautifully characterised and affectionate conclusion that said that’s enough for now.

The ‘Hammerklavier’ comes at you with such force that it’s hard to get your bearings, but once you had absorbed Kim’s astonishing virtuosity, you could begin to take in the extremes of the first movement, its technical hurdles, the vital pauses and rhythmic muscularity. This was epic playing, impeccably pedalled and very clean, but Kim had also thought-through the music’s ambition. I have heard the slow movement played with more obvious attention to form and process, but Kim’s circular and meditative approach was no less valid, and he completely justified it without a hint of it being distended. He also observed the una corda markings, which heightened the music’s elusive fantasy. The variety and light he injected into the last movement’s fugue delivered all its visceral angularity to round off this heroic performance.