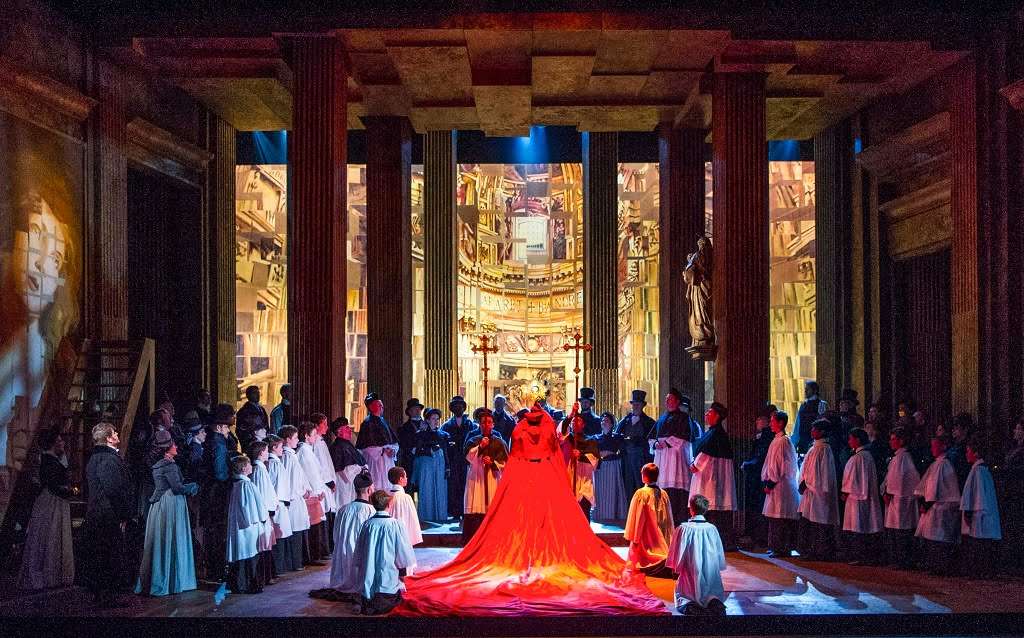 Puccini claimed that for a successful theatre production there were three laws: “to interest, to surprise, to move”. Originally directed for English National Opera by Catherine Malfitano in 2010, this Tosca manages to fulfil on all fronts albeit with varying degrees of success.

As Floria Tosca herself Keri Alkema provided warmth, with a voice that sailed through the registers with ease, not least in Act Three when confessing to Cavaradossi that she has killed Scarpia, producing a spectacular drop from a high-C to notes below the stave with creditable projection in her chest voice, and, despite poor diction at times, inhabited the varied strands of her character – jealous lover, devout believer, capricious yet vulnerable girl.

As Cavaradossi Gwyn Hughes Jones ticked all the vocal boxes with a secure technique that carried him effortlessly from ‘Recondita armonia’ to ‘E lucevan le stelle’. Next to Alkema, however, he was stolid with an unvarying tone set to a bright default setting, his impressive voice never quite disguising his clunky stage gestures.

By far the most interesting voice was Craig Colclough’s Scarpia. In Act Two, he found a cutting-edge timbre and richness of tone, and the pantomime-villain characterisation of this vile Caligula-like figure that could have been was absent. In its place was a character halfway between mincing and menacing that ultimately failed to revolt. Did we really think he considered the violent conquest of Tosca more satisfying than her “soft consent”? Not from where I was sitting. 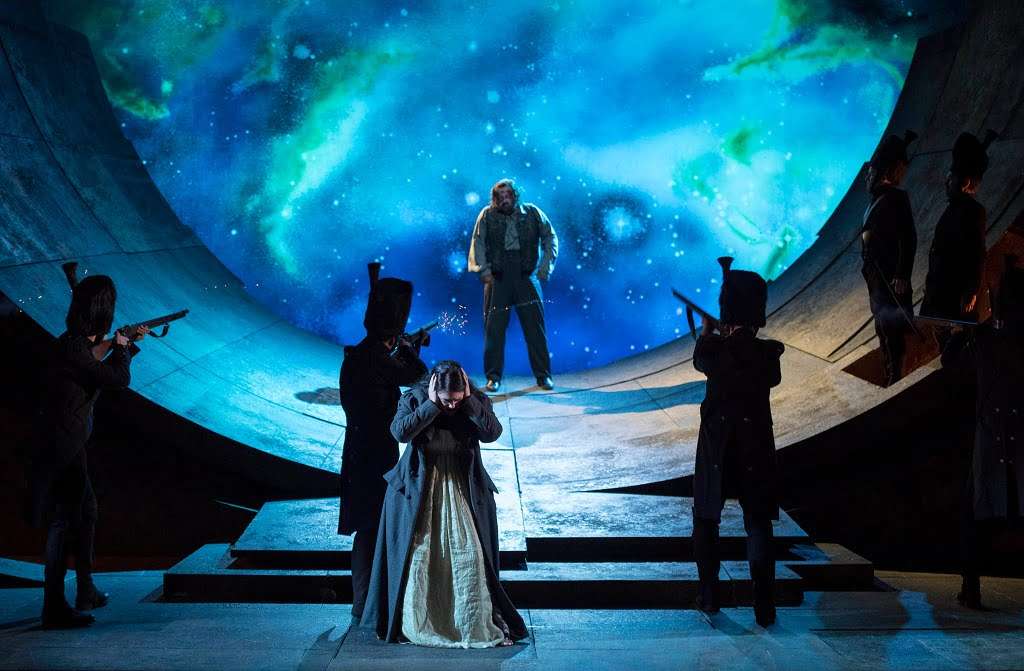 Other characters were finely drawn including Adrian Powter as a gently pious Sacristan, Andri Björn Róbertsson the troubled Angelotti and Robert Winslade Anderson an amiable gaoler. Alessandro MacKinnon as the Shepherd-boy had his mellifluous moments, too.

Occupying the first two Acts are traditional-looking sets, which draw the eye to a magnificently decorated Sant’Andrea della Valle and then Scarpia’s shadowy palatial apartment (adjoining a torture chamber). So the architectural wonder of Act Three came as a surprise where the ramparts of Castel Sant’Angelo are given a funky makeover that resembles a celestial skateboarding park. On the plus side its curvy roof encircling a starry sky prompted notions of human insignificance and made implicit the fate of Cavaradossi and Tosca.

Oleg Caetani drew sumptuous and expressive playing from the ENO Orchestra, propelling the music forward. On occasion a more relaxed tempo would have been welcome especially for the march celebrating Napoleon’s victory at Marengo. By contrast the ‘Te Deum’ music felt rather laboured but built towards a marvellous close. If I was moved by anything, it was ‘Vissi d’arte’ which Alkema sang with great conviction and poise. It may not be a perfect production but there is much to admire.