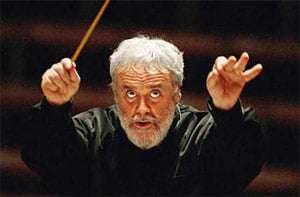 The beginning of the 2008 Concert Season, and the final year of Gianluigi Gelmetti’s tenure with the Sydney Symphony are celebrated with two weeks of nothing but Ravel. The maestro’s choice, a French composer for whom he professes a special fondness, offered listeners a chance to revel in Ravel’s orchestral mastery and vivid imagination, with works evoking Spain, a sumptuous ballroom, and an imagined ancient Greece.

Although born in a small Basque town, a short distance from the Spanish border, Ravel set foot in Spain only two years before his death. The opening work, Rapsodie espagnole, dates from 1907, the composer’s ‘Spanish year’ which also produced the opera “L’Heure espagnole”. It astonished Manual de Falla with its authenticity, and he ascribed Ravel’s gift to an ‘ideal Spain’ nurtured by the composer’s earliest memories of his mother singing Spanish folksongs.

In this four-movement work, his first published opus for full orchestra, Ravel immediately reveals his wonderful ear for instrumental colour and brilliant effect, ranging from delicate pianissimos to stunning crescendos. Gelmetti and the SSO skillfully traversed the extremes of mood and tempo, with delicacy, exotic sensuality, and orgasmic climaxes.

Written in 1919-20, La valse was rejected by the very person who encouraged it, impresario Sergei Diaghilev, but soon established itself as a colourful and exhilarating concert work. Ravel imagined the music, originally titled Wien, as “a sort of apotheosis of the Viennese waltz set in an Imperial Court around 1855”, but his traumatic experiences in World War I, which crushed the ‘waltzing society’, resulted in a work about destruction. From the ominous thrumming start, through a chain of glittering waltzes to the ever-more frantic and psychotic closing bars, Gelmetti and his orchestra faithfully mirrored the “fantastic fatal whirling” that Ravel imagined.

The ballet Daphnis et Chloé, commissioned, and this time accepted, by Diaghilev is Ravel’s greatest score, calling for word-less chorus and large orchestra, was not completed until April 1912, shortly before the scheduled first performance, and was not a success, partly due to its delay, which allowed other ‘Greek’ ballets such as Tcherepnin’s Narcisse and Debussy’s Prélude à l’après-midi d’un faune to be performed first, and partly to differences in conception and vision between Ravel, Diaghilev and the work’s choreographer, Fokine. Nevertheless, this vast musical fresco, a choreographic symphony in three parts, was soon recognized as a masterpiece.

Gelmetti, the SSO, and the choir Cantillation, performed the work in the two suites that Ravel sanctioned, revealing the breadth of Ravel’s inspiration and enthusiasms, his love of artifice, dance and all things exotic. ‘Daybreak’, the popular and spectacular sunrise sequence at the start of the Second Suite, was majestic and affecting, and was succeeded by a mellifluous flute solo by Janet Webb. The tricky but powerful rhythms of the final ‘Bacchanal’ were brought to a satisfactorily hectic and exhilarating conclusion.