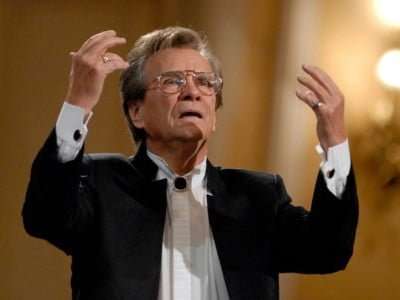 Vladimir Fedoseyev, aged 81, has been Chief Conductor and Artistic Director of what is now the Tchaikovsky Symphony Orchestra of Moscow Radio since 1974 (during which time he was also for several years Conductor of the Vienna Symphony Orchestra and also a guest in Japan, America and Europe). Founded in 1930 as the Moscow Radio Symphony Orchestra, the TSO (the change of name occurred in 1993) has had only five principal conductors to date of whom Nikolai Golovanov and Gennadi Rozhdestvensky are the best known. It is a top orchestra, with a wonderful string section, as demonstrated by Souvenir de Florence, the title no more than a memento of Tchaikovsky having sketched an idea there for the work originally designed for string sextet, two each of violins, violas and cellos. (He was in Italy to compose his operatic masterpiece, The Queen of Spades.)

Souvenir de Florence transfers well to string orchestra; just add double basses. This was no halfway house rendition, for close on sixty string players were present on the Cadogan Hall stage, and they made a glorious unforced sound, antiphonal violins opening out the dialogue, enough to make Fedoseyev’s decision to cut the first movement in half (it stopped with the recapitulation on the horizon) that bit more forgivable, just, if inexplicable. It’s a big four-movement piece, lasting 32 minutes here even with numerous pages missing, and this was a joyous outing, Fedoseyev relishing the first movement’s dance and curves; rich, powerful and Slavic. Rehearsed to the last semiquaver, the performance was full of colour, variegation and unanimity, gorgeous really, the balmy nocturne of the second movement expressed from the heart, and the exuberant sun-tinged finale earthy and exhilarating. 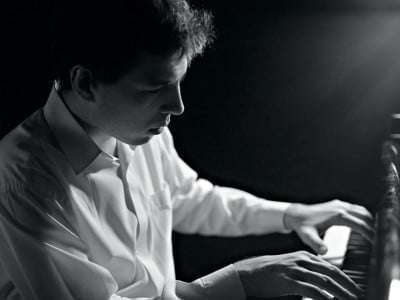 If a pianist’s achievement can be measured solely by playing too fast and too loud then Andrei Korobeinikov (a Muscovite born in 1986) had success here. For all his technical flawlessness, he pounded the piano, never getting below mezzo-forte and eschewing emotion, fantasy, poetry, wit and just about every other quality that Rachmaninov’s Paganini Rhapsody abounds in. This was a bland display of hard-driven percussiveness; even Variation XVIII was earthbound – those strings may have soared but all Korobeinikov did was to get more forceful in a bid to not be outdone. Korobeinikov was so keen to play an encore that he couldn’t wait to get stuck in, again. Whatever it was – suggesting at times of Liszt, Rachmaninov or Scriabin – his playing was now slightly more modulated if still adrenaline-fuelled, although a closing pianissimo was reached, so maybe he has a chance.

But none of this mattered come Shostakovich 10 (concurrently being played in the Royal Festival Hall, just a few miles away), here given with remarkable accomplishment. Timings are matter of fact rather than indicative of what happened, so although this interpretation took exactly one hour, at least several minutes longer than the average, a bit of a book needs to be written as to how this was achieved. Fedoseyev’s baton-less conducting technique is a mix of clear cues and painting the music with his hands. His approach to this mighty Symphony was individual and imaginative, always alive to the spirit of the score. The first movement is marked Moderato. For the opening few minutes it was a brooding Largo, music in the shadows. When the solo clarinet appeared the broadness of Fedoseyev’s approach was such that the string figures were now another melody rather than accompanying the wind instrument. Yet, at other times, not least in the aflame central section, the tempo was ‘normal’ and played with intense and biting commitment: quite how Fedoseyev got there so seamlessly was something of a miracle, and the design of this long (here longer) movement was lucidly laid out. To follow, and whether a caricature of Stalin or not, the explosive and terse scherzo was energised through weight and incisiveness, controlled fury abrasively communicated.

The third movement continued the vibrancy. Sounds hung in the air, not least the saxophone-like horn solos, an inhospitable landscape suggested, doom-laden gong strokes and creepy pizzicatos adding to the tension; when the music broke free from such eeriness (edgy but not coarse brass in the mix) Fedoseyev had no shame in changing tempos mid-stream; that it never seemed wilful left in no doubt his ability to convince his players, and us, that he really had the measure of the notes in front of him, even if arrived at with very personal logic. Come the slow introduction to the finale – and I do mean slow (hardly the marked Andante) – a dark apprehension similar to that opening the work was re-established only to be brushed aside by an optimistic if quizzical Allegro that seared to a climax, the aftermath of which was wistful, and then it was Cossacks to the fore stamping out a potentially affirmative coda. This not-like-anything-else performance was the very antithesis of literalism and was consistently compelling and enlightening.

Two encores followed, a gentle waltz-like piece by Georgy Sviridov (1915-98), played with lightness and charm, and then the ‘Spanish Dance’ from Act Three of Swan Lake, full of likeable impudence and savage castanets! Forty years on, Fedoseyev and his Moscow-based orchestra clearly have a productive and trusting rapport, Fedoseyev yet another conductor being kept ‘young’ by the power of music; there was a real glint in his eye when he jumped onto the podium to launch the second encore.

The latest season of the Zurich International Orchestra Series – exclusive to Cadogan Hall and a potential treasure-trove beyond the ‘usual suspects’ of World Orchestras – has got off to an idiosyncratic if illuminating start. We’re not done with Moscow, the Philharmonic arrives at Cadogan on May 8.