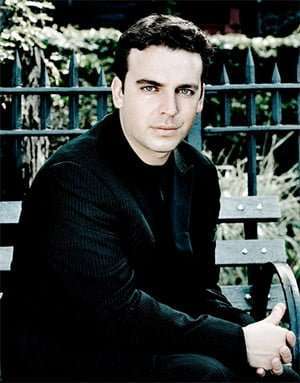 It’s not often that a new piece gets a second performance within a few days, but Julian Philips’s Come Forth to Play, the first work played at the new Milton Court Concert Hall on September 26, was heard there for a second time eight days later, preceding two established orchestral masterpieces of the international repertoire. Given the nature of such opening concerts, it would surely not appear unreasonable to have expected a celebratory piece, full of life and vigour, a joyous welcome to London’s latest concert hall – an impressive venue, acoustically vibrant and well appointed. But Philips’s piece (the title from John Milton) has none of those attributes: it lacks development, is melodically sterile, and for much of the time is just plain loud in its demands for organ, brass and percussion – an anonymous score, such as could have been tossed off by several hundred of Philips’s contemporaries the world over.

The Elgar and Beethoven items have strong connections with London, of course, but as Cockaigne was also heard at that opening concert, under Edward Gardner, one might have wished for another ‘London’ piece – perhaps chosen from those by Malcolm Arnold, Arnold Bax, John Ireland, and others. In the event Cockaigne was quite well played – this is by no means an easy piece – but the performance itself was a shade too literal, light on character and too matter-of-fact as it glossed over most of the composer’s subtleties. Nor was the orchestra well balanced.

But it enabled us to hear a full orchestra in the new Hall, although one doubts if the stage could take many more players. James Gaffigan’s account of the ‘Choral’ Symphony was a good one, in the main very well played by this orchestra of young musicians. His shaping of the first movement was excellent – good tempos, genuine control and musically highly intelligent. The scherzo was rather less successful, although there was nothing seriously amiss, but the Adagio molto e cantabile was disappointing: too fast an initial tempo, from which the inner depths of the music were only revealed in the closing pages. The playing in this movement was consistently too loud, there being a lack of long-phrased legato from woodwinds and strings.

The finale – admirably taken attacca – was most successful throughout, being fully integrated, excellently balanced, teeming with genuine character and inner life and excellently sung by the chorus of around 60 voices and a quartet of very good soloists, with David Stout a true helden-bariton to grab and hold any listener’s attention. This was, in the main, a worthy performance of this imperishable masterpiece, and the experience of participating in it would have meant much to those taking part.