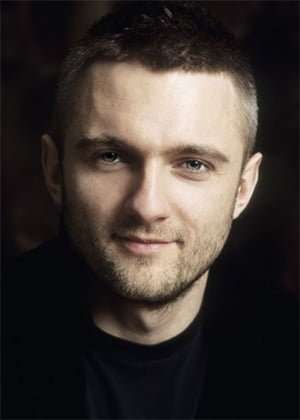 An all-too-rare appearance by the Bournemouth Symphony Orchestra at one of London’s major concert venues whereas in Paavo Berglund’s time it used to be a regular visitor. The BSO has a viola section which for sheer presence and quality of sound would grace any London orchestra, trombonists with a precision and power that recall the LSO in its 1960s’ heyday and a first horn who can play the extended calls in the slow movement of this Shostakovich symphony without cracking. In Kirill Karabits the Bournemouth Symphony even has a conductor who has restored the Orchestra to the quality which used regularly to astound us in the days of Constantin Silvestri.

This concert paired two very different works by Prokofiev and Shostakovich both of whom had suffered censure at the hands of Stalin and his henchman Zhdanov. Prokofiev died on the same day as Stalin (5 March 1953) and his body had to be carried several blocks to the undertakers by his friends, all official cars having been commandeered by Party apparatchiks. The previous year Sviatoslav Richter – who had a damaged finger at the time – conducted the first performance of Symphony-Concerto with Rostropovich as the soloist. By contrast, Shostakovich began work on his Tenth Symphony after and its premiere was given by the Leningrad Philharmonic and Evgeny Mravinsky on 17 December. The Stalinist era and its aftermath cast a long shadow over both works.

Shostakovich had experienced Stalin’s displeasure regarding the Lady Macbeth of Mtsensk and became skilled at concealing his true feelings. Prokofiev, less adept in these matters, was clearly cowed following the end of the War when several of his works were severely criticised for “formalist perversions alien to the Soviet people” and he attempted to toe the party line with a series of autumnal late pieces such as the Seventh Symphony; however with the Symphony-Concerto even Prokofiev must have decided it was payback time when he treated the patriotic song Our Toast, instantly recognisable to his audience and containing the lines “Let’s drink to the Motherland! Let’s drink to Stalin”, to a hilarious send-up in the finale. 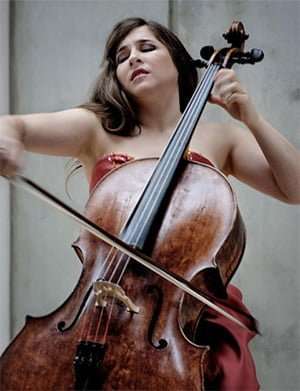 Alisa Weilerstein has made a major splash internationally and is the first cellist to have been signed by Decca in over 30 years. Unlike Rostropovich or Tatjana Vassiljeva, hers is a predominantly warm rather than high-octane, strongly projected sound and she did particularly well with the work’s gentler moments. However, gratifyingly Weilerstein’s playing is also full of character and is prepared to take risks. Symphony-Concerto, a reworking of the pre-war Cello Concerto, contains echoes of Cinderella and Romeo and Juliet as well as passages of ferocious difficulty for the cellist; highly sectional, it is a difficult work to bring off and unlikely ever to attain genuine popularity but on this occasion with strongly committed orchestral playing and a soloist prepared to absolutely throw herself at the piece, the result was as successful as one has any right to expect.

Shostakovich 10 was quite extraordinarily convincing. Without in any way underplaying the angst, this was forward-moving and the antithesis of those long-drawn out readings which, in the wrong hands, can seem interminable. Karabits adopted a tempo for the first movement which enabled him to encompass the central climax without a radical gear-change. More importantly however was the sheer quality of the playing – double basses and cellos at the outset producing a rare depth of sound, violas ever present in the mix and a clarinet solo from Kevin Banks of significant bleakness; the flute’s slow waltz drew a breathy response from Anna Pyne, heightening the sense of the music being disturbingly at odds with its innocent salon-like connotations. The movement’s ending, a slow fade out, was mesmerizing in its concentration, the discomfort almost tangible. The visceral outrage of the succeeding Allegro was, exactly as it should be, almost too much to take. It is like being slapped hard across the face with a cold wet towel, the trombone section here punctuating proceedings with a vicious almost sadistic accuracy. Is it as has sometimes been said a musical portrait of Stalin himself? Who knows? An evocation of the sickening terror of the Purges of the 1930s may be just as apt. The “Into the Whirlwind” point was fully made.

The Allegretto again highlighted Karabits’s acuity in matters of tempo. It is frequently dragged out, but not here. The point is surely that the strings’ obsessive rhythmic repetitions evoke a sense of claustrophobia rather like a rat caught in a trap knowing it can never escape, the central faster section increasing the desperation as the repetitions continue unabated. Full marks to Nick Wolmark and the horn section for negotiating the repeated exposed calls with nary a slip; an excellent cor anglais solo too from Rebecca Kozam and one’s only quibble would be the too sudden slowing up at the close which rather sapped the tension instead of allowing it to dissipate gradually. The curiously structured finale – an extended Andante followed by an Allegro – is difficult to sustain. Despite a fine contribution from the oboist, the introduction seems almost perversely protracted as if designed to test an audience’s patience – are we waiting for Stalin to die? – and when the hyper-active fast music that finally breaks is of almost inspired triviality. (One Soviet-era LP sleeve-note refers to the gay tunes of Young Pioneers.) No! It is all a cunning double-bluff lulling us into a false sense of security in the lead-up to the DSCH (Dmitri Shostakovich) climax, a vehement assertion of the composer’s individuality and worth, here rammed home to maximum effect by the BSO’s amazing brass section. If what we heard here is indicative of the standards currently being achieved by Karabits and the Bournemouth Symphony Orchestra, please don’t tell anyone. Someone might notice.