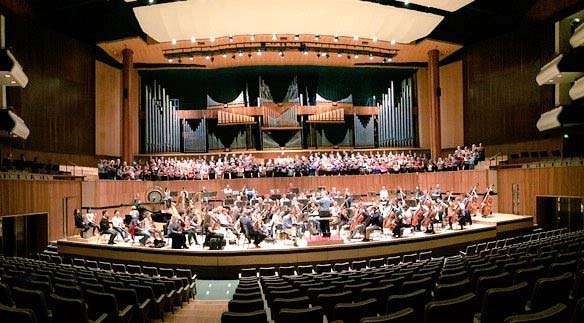 It was the generation of Parry, Stanford and Elgar that firmly put British music on the international map at the dawn of the 20th-century, the first two composers reinforcing their importance through their teaching as well as through the practical influence of their compositions. Elgar demonstrated that – like many of his greatest Continental predecessors – it was not necessary to have gone to a music college in order to become a composer, yet Stanford’s little book on composition contains, within less than one-hundred pages, the distillation of a lifetime’s experience and practical musicianship that resounds even today.

Charles Villiers Stanford composed close on two-hundred works, and although in recent years a fair amount of his extensive output (apart from his operas) has been issued on CD, much remains to be heard in practical terms – including live performances – so it was with great interest that the London premiere (no less) of a work of his was to be given by the Bach Choir more than ninety years after his death in 1924 – most appropriately, as Stanford was its conductor from 1885 to 1902. 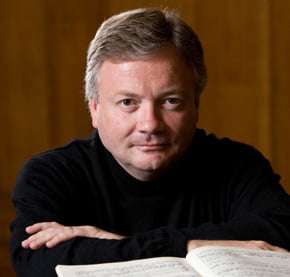 Song to the Soul was composed in 1913 in response to an invitation from the Norfolk Connecticut Festival for Stanford to travel to the USA and conduct it, but the outbreak of War the following year and the consequential danger of Atlantic crossings conspired to prevent him from going to America. The work remained unperformed and unpublished at his death. Rescued, as it were, by the great Stanfordian Jeremy Dibble, the first performance took place in Dublin (Stanford’s birthplace) last year.

If Stanford’s music was unknown to English music-lovers, the text, from Walt Whitman, was not, for Vaughan Williams had set part in Toward the Unknown Region and Delius was to set another part in Songs of Farewell. One may not, in all honesty, claim Song to the Soul to be a masterpiece but it is certainly of more than unusual interest in terms of its intriguing structure and consummate compositional mastery. There are some fascinating touches, and what Stanford extracts from something as simple as the descending three-note bass figure with which the work begins is a masterclass in the use of relatively straightforward material. The choral writing is outstanding – it must be very rewarding to sing – and the orchestration, including an organ part, is downright flawless. In the right programme context – perhaps not as an opener – Song to the Soul should make a greater impression. It certainly deserves a Proms outing and a commercial recording, for British music of this consistent quality is not encountered every day, especially in such a committed performance as this. 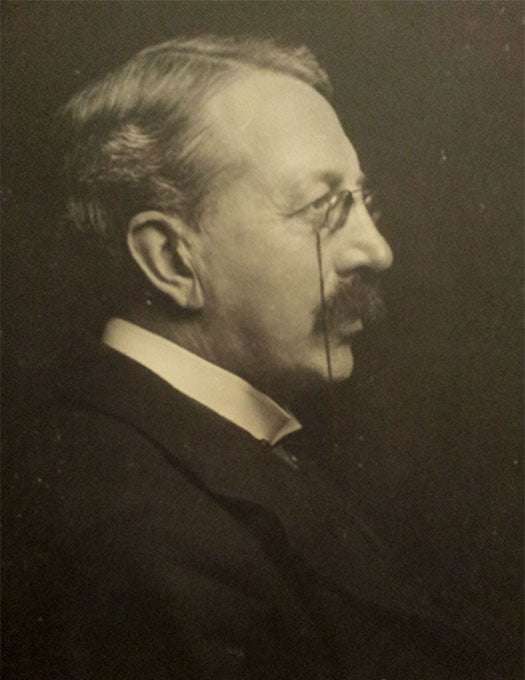 Among Stanford’s many pupils were Ralph Vaughan WIlliams and John Ireland, and it was music by Vaughan Williams and Ireland’s most significant pupil that followed in this concert. The Lark Ascending is today probably Vaughan Williams’s best-known piece, music that straddled the Great War (in which he served) and which is surely the most quintessential (if you can have such a thing) of all English works. It does not always come off best in large concert halls – its inherent intimacy perhaps is better suited to smaller venues or churches – but in those instances, as on this occasion, when it is to be given in a big hall, there is something inherently personal when the solo part is played by the leader of the orchestra. In that instance, one recalls memorable accounts by Manoug Parikian, Erich Gruenberg, Hugh Bean and others, to which roster has to be added Zsolt-Tihamér Visontay, who delivered a most affecting and deeply expressive account of the solo part, so well partnered by his colleagues, although I felt the entry of the Allegretto tranquillo section came a little too soon – one was still held in awe of Visontay’s held top-B at that moment.

Neither Vaughan Williams nor Britten (nor, for that matter, Elgar) had ‘pupils’ in the sense that Parry and Stanford did, but Britten’s Young Person’s Guide to the Orchestra is as practical and as successful a piece of musical instruction as it is possible to find in the entire orchestral literature – surely an opus that Stanford and Parry would have applauded. It was a later composer-pedagogue, William Lloyd Webber, who pointed out to me one of the most remarkable aspects of Britten’s score (so remarkable that I do not recall ever having encountered the point being made by anyone else): the great Purcell theme on which the work is based is heard initially in D-minor, on full orchestra, but in none of the ‘section’ restatements, nor any of the succeeding Variations, is D-minor heard again – the Variations and the Fugue are all in major modes. It’s a very subtle aspect that would not have been lost on those predecessors of the composer we have mentioned, all of whom would have been impressed by much of Hill’s direction of this original masterpiece.

As such, Britten’s work is a kind of mini-concerto for orchestra, which tends to mislead those conductors who fail to note the magnificence and subtlety of Britten’s opening statement. Hill regrettably fell into that category, for the initial statement was too fast – Allegro maestoso e largamente it was not – which approach tended to detract from the impact of that imposing D-minor and to infect the tempos for the succeeding statements. Needless to say, the Philharmonia was fully up to Hill’s demands, but the individual expressions were only intermittently revealed. Hill’s tempo for the Fugue, however, was spot on, and stunningly well played. 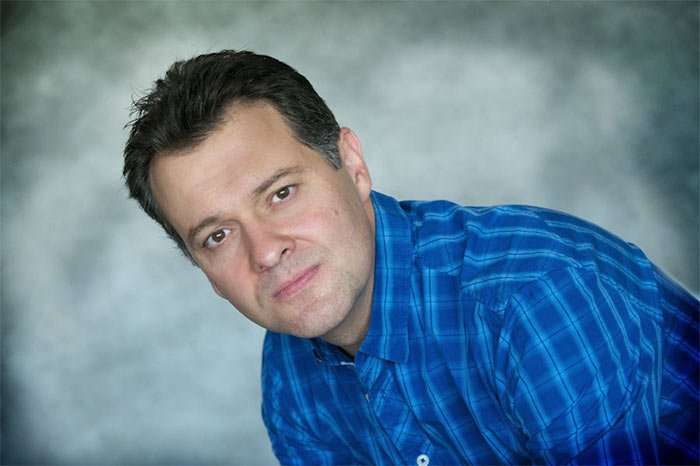 Parry, on seeing the score of the 16-year-old William Walton’s Piano Quartet, praised it highly, predicting a bright future for the teenager – who, like Elgar, never ‘studied music’ at a college or academy. Sadly, Parry died not long afterwards, so he never saw the fulfilment of his prophecy, but genius will out, and in Belshazzar’s Feast of 1931 the 29-year-old Walton demonstrated his superlative gifts in choral music as much as he had in orchestral music through his Viola Concerto two years earlier.

Belshazzar’s Feast is in the line of the great English religious choral tradition of Parry’s Job, Stanford’s Anglican Services and other major works, Elgar’s Dream of Gerontius and Vaughan Williams’s Mass in G-minor (all of which preceded Belshazzar), but apart from the brilliance and originality of the orchestration, it is Walton’s thoroughly idiomatic choral writing which endears the work to choral societies (each member of which knows, from their own experience, that the man who wrote this music knew about singing from the inside, and what choirs were capable of achieving), and attests to his own early experience as a chorister.

In this great work, Hill was on home ground, his prowess as a superlative choral conductor demonstrated through an account of considerable stature and sensitivity. The impact was magnificent, reinforced by the two brass bands on either side and with Mark Stone an excellent baritone soloist. And on this deeply impressive showing, the Bach Choir has no equal – diction, intonation, phrasing and dynamic characterisation: it was impossible to imagine finer choral singing than this, a tremendous conclusion to a fascinating programme.