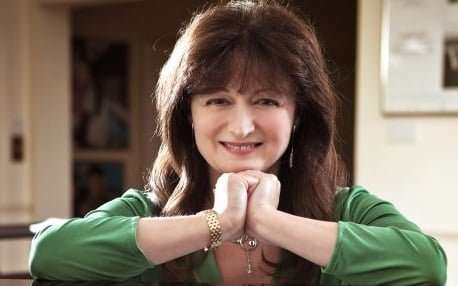 Debbie Wiseman is a prolific composer for film and television and Classic FM’s Composer in Residence. She is an alumna of the Guildhall School where her composition teacher was Buxton Orr (1924-97), who wrote scores for several Boris Karloff horror films as well as Suddenly, Last Summer with Elizabeth Taylor and Katharine Hepburn. Wiseman dedicated this concert to Orr.

Wiseman creates subtle, well-characterised music with a care for structure and fluid melody. Very rarely does she send in the heavy artillery and she often uses unusual instrumentation. She is at her best where languid melancholia is called for. Her scores could be considered too genteel but any consideration of the range of her work would disprove this. She relished the opportunity to work with the 73-member Guildhall Chamber Orchestra.

Wiseman is an efficient if expressive conductor. The Guildhall students provided full-bodied but not unsubtle playing and the concert was recorded for commercial release. Images from the films were projected on a screen above the stage.

The evening started with the rousing ‘Wilde West’ – in the style of Elmer Bernstein or Jerome Moross – with Stephen Fry as Oscar Wilde on horseback arriving at a Colorado silver mine; later there was warm and gentle playing depicting Constance (Oscar’s wife). A lyrical selection from Tom’s Midnight Garden featured fine woodwinds and rich strings.

Excerpts from Wiseman’s celebrated score for Wolf Hall received a poised performance from oboist Sian Robinson set against agitated and driving strings. Music from the romantic comedy The Truth About Love (with its director John Hay in the audience) had skittish sonorities based on rumba and tango rhythms, with a big brass idea leading to an all-embracing anthem. Flood, about an apocalyptic tidal surge engulfing London, initially seemed more formulaic with hefty percussion and battering themes but also had an elegiac central section as a requiem for the city. Wiseman’s music for the cult classic Lesbian Vampire Killers (with director Phil Claydon also present) is her stab at full-scale horror-comedy and received a vigorous and powerful response.

The concert’s second half opened with A Poet in New York, about Dylan Thomas, with a hushed violin solo from Angela Jung to conjure introspection and melancholy. Father Brown is a staple of daytime television drama and Wiseman’s music, with clever use of xylophone and a kindly description of the eponymous hero, more than plays its part in the programme’s success. Haunted, directed by Lewis Gilbert, is a big-scale piece for a supernatural melodrama. The Whale, a BBC One drama-documentary about whaling in the nineteenth-century, is bold and brassy.

Arsène Lupin is a 2004 French film with Romain Duris, Kristin Scott Thomas and Eva Green. The score is stirring and jaunty and combines elements of comedy and romance, music on a grand scale that conjures up thoughts of Erich Wolfgang Korngold and Max Steiner and demonstrates conclusively that Wiseman isn’t a miniaturist. The Guildhall Chamber Orchestra played it to the hilt.

The evening ended with Jubilee Gigue, Wiseman’s contribution to the Thames Diamond Jubilee Pageant when ten composers were invited to create a New Water Music Suite, and here re-scored for the Guildhall CO. A perky violin solo from Jung and exuberant playing from the brass (again) demonstrated a fine piece of orchestral fun. As an encore Wiseman reprised ‘Wilde West’ and had the audience clapping along. Music for film is said to be the viewer’s friend, the composer complementing the images. Debbie Wiseman does it as well as anyone working today.