The Hired Man
In two Acts, music by Howard Goodall to a book by Melvyn Bragg 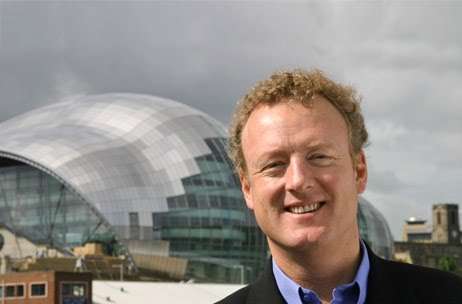 Based on the first of his Cumbrian Trilogy and loosely based on the life of his paternal grandfather, Melvyn Bragg’s 1969 The Hired Man inspired Howard Goodall in the early-1980s to write his first musical. Bragg relates how Goodall’s enthusiasm was infectious in persuading him to write the book. With the support of director David Gilmore, the premiere was in 1984 in Southampton. Gilmore went on to direct it in Leicester and oversee the West End transfer to the Astoria Theatre (long gone, to be replaced by Crossrail at Tottenham Court Road).

Predating both Les Misérables (which opened six months later) and Phantom of the Opera (a year later), The Hired Man may not have emulated either by continuous runs on both sides of the Atlantic, but it still packs a musical and emotional punch as this very welcome concert performance admirably showed.

Cadogan Hall might not be ideally suited for the fells of North Cumbria or the mineshafts of Whitehaven, but Goodall’s rousing melodies (he has a likeable penchant for rising cadences) have a habit of sticking in the memory.

There were nods to some scenery in Barret Hodgson’s projections, filling the Hall’s back wall, but curiously nothing so much as a Cumbrian fell in the first half, rather buildings topped by a windmill, and only in the second half with a moving (in both senses) montage to accompany the harrowing scenes as the men of the Tallentire family during World War One, particularly the succession of fading and diminishing photos of young men, in their military caps. But in essence this was a straight performance, with chorus behind the 14-strong ensemble (strings, trumpet, piano, keyboard, harp), although the principals were in some semblance of costume.

It took a while for the amplification to settle and there was no reason for chorus and instruments to be amplified at all, but I was soon swept up in the story. Goodall’s numbers have a great scene-setting style – from the opening ‘To be a Hired Man’, to the Borodin-esque Work and Union Songs that share a basic pulse (not the only connection that runs through various songs). John Tallentire’s brother Isaac was more foot-loose and fancy free, as he evinces in the rather Hebraic ‘Get Up’ and ‘Go, Lad’ but alongside these more vibrant numbers are the equally impressive slower, more reflective ones, mining the inner emotions of various characters, when they admit their fears, flaws, misgivings and hopes. Both John and Emily – sticking together after Emily’s temptation by fellow farm labourer Jackson Pennington – combine in their own torments in ‘If I Could’ at the climax of the first Act, the adultery unmasked.

Sixteen years later – as the second Act opens – daughter May escapes for a day from Whitehaven, where the family have moved for John to work in the mines, to see again the place where she was born, raising in song a hymn of hope belying it’s title ‘You Never See the Sun’. John worries about his son Harry following him down the mines in ‘Blackrock’, while later Emily has similar worries when Harry enlists. At the end of the War, a nostalgic look back on a summer’s day out, trying to forget the horrors of the conflict, is epitomised in a number added for a later production, ‘Day follows Day’.

From the intimate family story of the first half, the intrusion of the War dominates the second, and then family tragedies pour in, leaving John back – 25 years after the opening – in Cockermouth selling his services as a hired man. It’s a story with as epic a sweep and sense of injustice as Les Misérables, and Bragg’s narration neatly filled in the historical realities behind the all-too-human tale. John Owen-Jones fleshed out the older John with more tortured vehemence than he’d characterised the younger man, while Jenna Russell’s Emily matched a steely resolve with a touching vulnerability. Maybe it’s because I’m a Cumbrian I was overcome at the end (and I wasn’t the only one).

That The Hired Man still works, there is no doubt – and a standing ovation added to that conviction, with Howard Goodall taking a bow. I last saw it staged (rather well) by the National Youth Music Theatre in 2014, but a new London production would be much appreciated. Perhaps Jenna Russell could have a word with that musical powerhouse the Menier Chocolate Factory and sow the seeds.