Offenbach
Les Contes d’Hoffmann – Opera in three Acts with Prologue and Epilogue to a libretto by Jules Barbier & Michael Carré after E. T. A. Hoffmann [edited by Fritz Oeser; sung in French, with English Met Titles by Sonya Friedman] 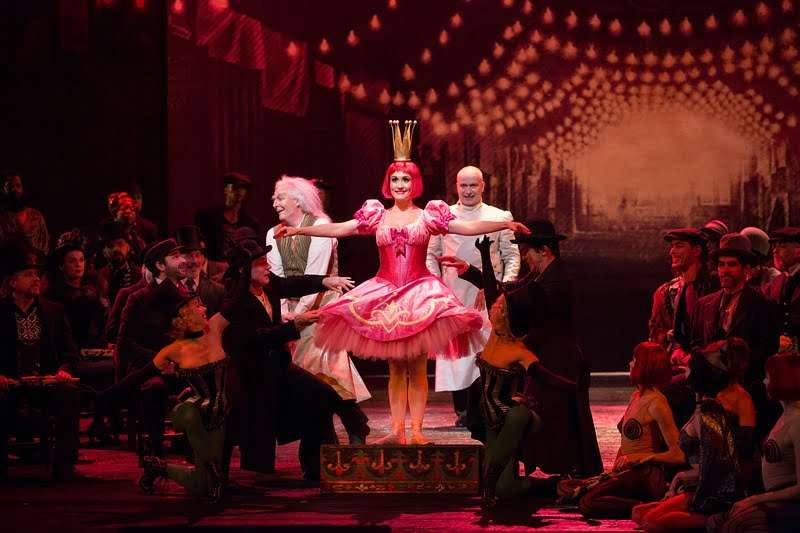 Following the opening-night gala featuring a new production of Bellini’s Norma, the Metropolitan Opera got down to regular business with a revival of Bartlett Sher’s 2009 staging of Offenbach’s The Tales of Hoffmann.

Vittorio Grigolo, in excellent voice, ably conveyed Hoffmann’s shifting moods, from ardent to despondent. In the Prologue’s ‘Kleinzach’ ensemble he frolicked spryly and sang gloriously as Hoffmann digresses to recall a dream of Stella, his ideal of womanly beauty. Tara Erraught made an auspicious Met debut as Hoffmann’s Muse, and his constant companion in the guise of Nicklausse. Almost continuously present, Erraught sang beautifully in both roles, and she also excelled in ensembles. Laurent Naouri gave superb portrayals of the four villains. Dressed in black and towering over the others he sang resonantly and penetratingly to project evil; his rendition of Dapertutto’s ‘Diamond’ aria was a highlight. Christophe Mortagne gave wonderful characterizations of the four servants; memorable were his hilarious demeanor as Cochenille in the Olympia scene, and then as the deaf and confused Frantz in a humorous aria when Antonia is featured. 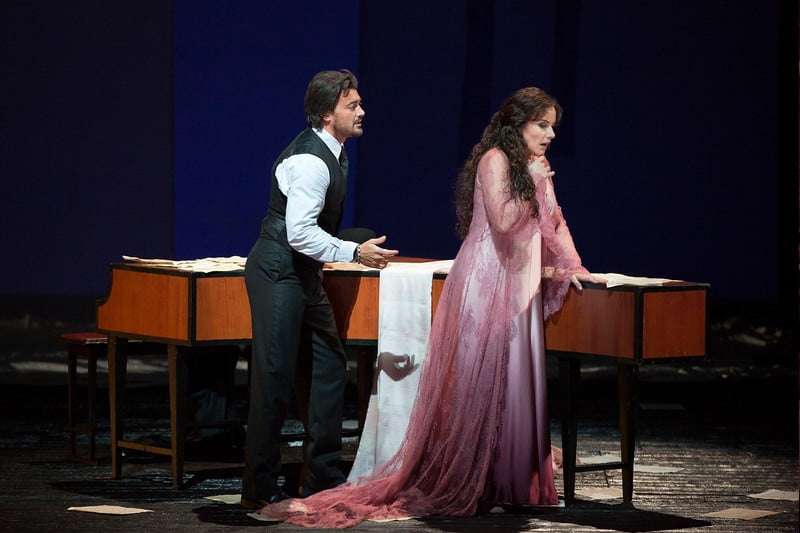 In this episodic opera, a Prologue and Epilogue frame settings that recount the disastrous outcomes of Hoffmann’s infatuations with different women, although Olympia, spectacularly sung and portrayed by Erin Morley, is a life-sized mechanical doll that appears human thanks to magic eyeglasses purchased from the villainous Coppélius. Anita Hartig gave a touching portrayal of Antonia, beginning with a lilt and ending with a gripping trio in which she and Dr Miracle (Naouri) are joined by the voice of Antonia’s late mother (Olesya Petrova). Exhausted from the exertion of singing, Antonia collapses and dies in the arms of her father, Crespel (Robert Pomakov, who also gave a fine portrayal of the tavern owner, Luther). Hartig also appears in the Epilogue as Stella, who rejects Hoffmann in favor of Lindorf, the first (and last) of the scoundrels. As the Venetian courtesan Giulietta, Oksana Volkova displayed a creamy voice, joining Erraught in the ‘Barcarolle’ and later teaming with Grigolo in a rapturous love-duet that is part of Dapertutto’s plan to steal Hoffmann’s reflection.

Sher’s production is reasonably attractive, but often seems needlessly cluttered, both with scenery and people, and the spiral, rotating dragon in the Olympia episode is nothing more than a distraction. The scenery is most effective when less elaborate, as in the spare depiction of Crespel’s house. Transitions from one setting to another are carried off well, however.