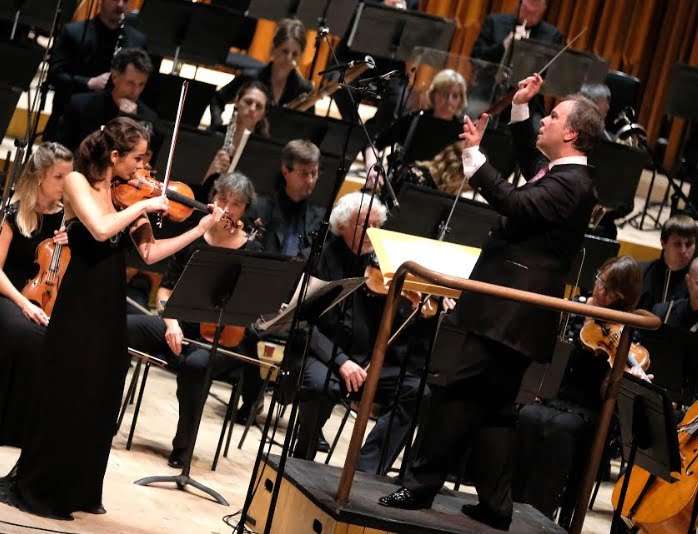 If Death, albeit with a Transfiguration, and an in memoriam Violin Concerto, its composer to die soon after completing it, seems a too solemn way to open the BBC Symphony Orchestra’s new season, then that is to reckon without Richard Strauss’s and Alban Berg’s capacity to write ecstatic masterpieces.

Sakari Oramo presided over a compelling account of Death and Transfiguration, capturing fully its brooding (purples and greys, eloquent solos from woodwind principals and leader), agitation (impassioned remembrances and cold-sweat trepidation for whatever might lie ahead) and a glorious resolution leading to a sublime resting place leading to a significant silence. The BBCSO played magnificently, with fierce commitment, and much subtlety, too: those difficult-to-coordinate entrances in the opening and closing minutes were exact. (Regarding “further listening”, I am curious about “Philadelphia Orchestra/George Szell”, CBS/Sony; forgive the pun, but not on your life!)

Inspired by the loss of eighteen-year-old Manon, daughter of Walter Gropius and Alma Mahler (or was it really a farewell to Hanna Fuchs-Robettin with whom he’d had a ten-year affair, before ending the relationship), Berg’s Violin Concerto (1935) is a remarkable tribute to whichever her it is – the score is inscribed “To the memory of an angel” – written for Louis Krasner who gave the posthumous premiere the following year, Berg having succumbed to blood poisoning in the meantime. 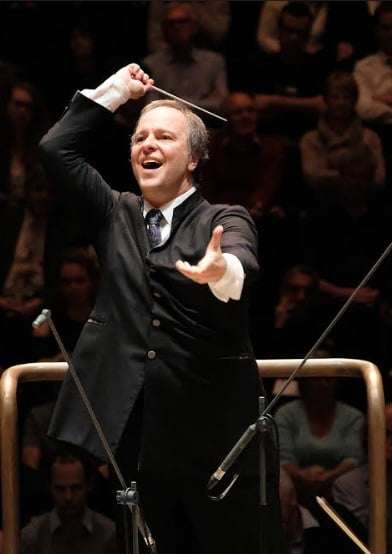 Alina Pogostkina gave an intimate and sweet-toned account of the solo part, drawing the listener in, tantalisingly mysterious at times. The music veers between introspection, lilting dance and conflict and rage, before ending – via J. S. Bach’s ‘Es ist genug’, harmonised by Berg as if from another world – in serenity. What was notable about this performance – apart from announcing Pogostkina as an artist to follow (although she won the Sibelius Competition back in 2005) – was the teamwork: with spot-on balances it was especially evident that this is music for violin and orchestra, that no matter how complex the notation, and whatever the technical challenges, this is a score in which everything fits, belongs and complements – music at once obsessively rigorous and from a pained heart.

Both works yield to spiritual radiance. For something life-enhancing and summit-reaching Sibelius 5 was the perfect foil, and Oramo is a master of its design and expression: it’s in his blood. One might think the occasional con amore lingering somewhat at-odds with Sibelius’s symphonic thoroughness, yet “if music be the food of love, play on”, the BBCSO did just that, wholly connected to Oramo and his vibrant conducting, producing music of mysteries and ablaze with momentous changes, such as the upheaval into the latter stages of the first movement, which here turned from a spring into a torrent, and allowing that water and electricity don’t mix, it was electrifying. Earlier Julie Price’s bassoon soliloquy had held the air with secrecy, and both the later movements – the grace and strangeness of the second, which might be heard as a forest legend with bursts of sunlight through the trees, and the great outdoors of the Finale and its noble swans – had an authentic spirit, the closing bars broadening to majestic effect, silences just as potent, string pianissimos and below as striking as the room-filling brass at the other end of the scale. Oramo’s Sibelius cycle (four further concerts) is also one to follow.